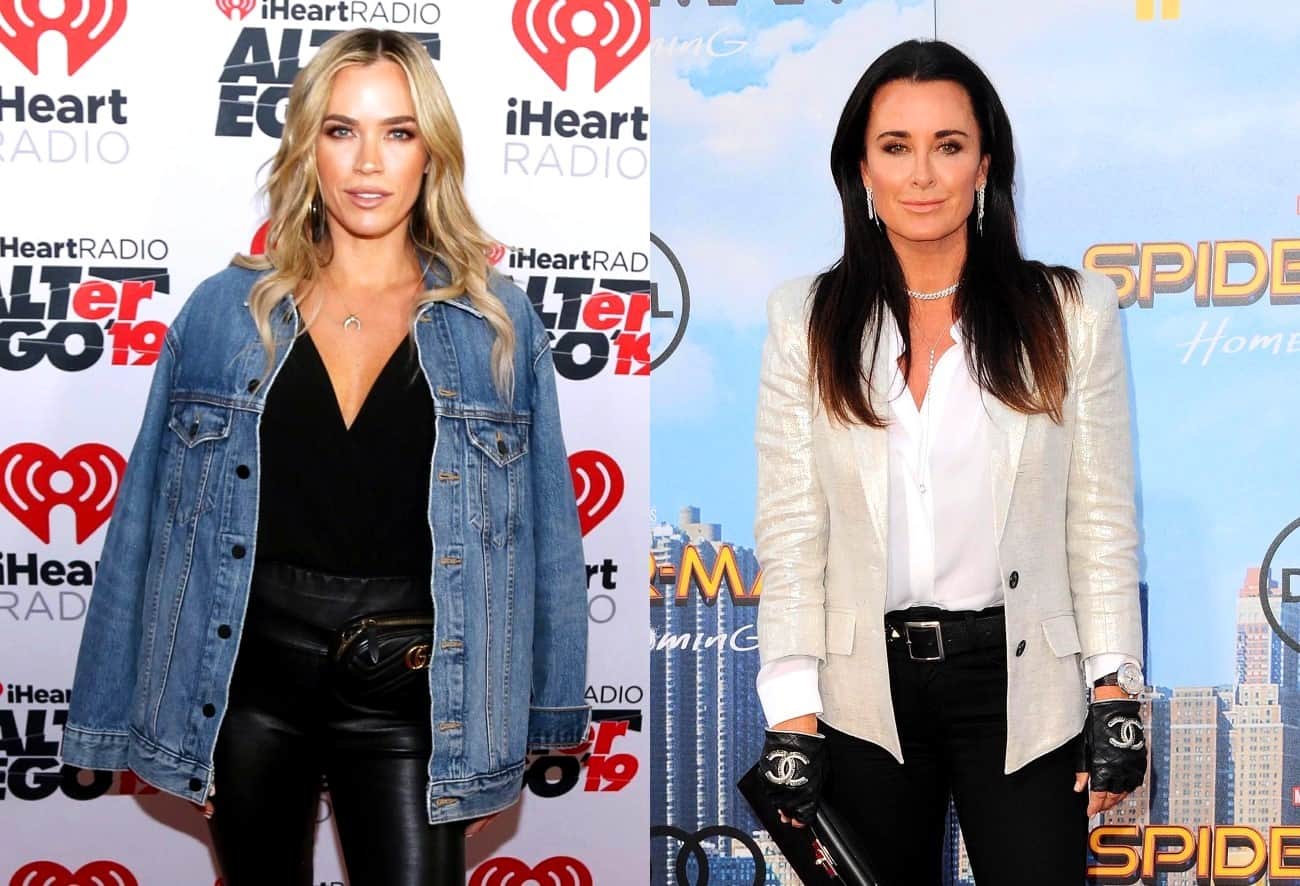 Teddi Mellencamp is speaking out after being accused of acting as Kyle Richards‘ “henchwoman” during Tuesday night’s episode of The Real Housewives of Beverly Hills.

In her latest Bravo TV blog, Teddi addressed the moment Erika Jayne voiced her suspicions over Teddi and Kyle being “in cahoots”. She revealed the real reason she wanted to know more about why Lisa Rinna chose to confront Kim Richards while in disguise during another episode of the show.

“When I broached the subject of Rinna using the Erika Jayne persona to call Kim names, I thought I was just being honest and getting a conversation on the table so we could clear the air,” Teddi explained.

According to Teddi, she feels more comfortable now that she’s in her second season of the RHOBH. This is likely why she spoke up.

“Watching back, I would say I’m like a dog with a bone, but that’s probably offensive to dogs with bones since they’re just trying to enjoy their meal,” she continued.

Teddi did confirm that she and Kyle are very close. But she made it clear to readers that the comments she made during Tuesday’s show were not fed to her by Kyle.

“I am no ‘henchwoman’ though — my thoughts and opinions are my own,” Teddi insisted. “Have Kyle and I become very close friends? Yes, absolutely, and I make no apologies for that. But when I have something to say, I’m saying it because I want to.”

Also in her blog, Teddi revealed that despite her issues with Camille Grammer, she felt absolutely terrible when she learned her co-star had lost her home to the Woolsey fire of Los Angeles.

“When we found out about Camille’s house, it really affected me — things can be so unpredictable and happen so fast in life. I couldn’t imagine what Camille was going through. It had to be devastating. I truly felt for her.”