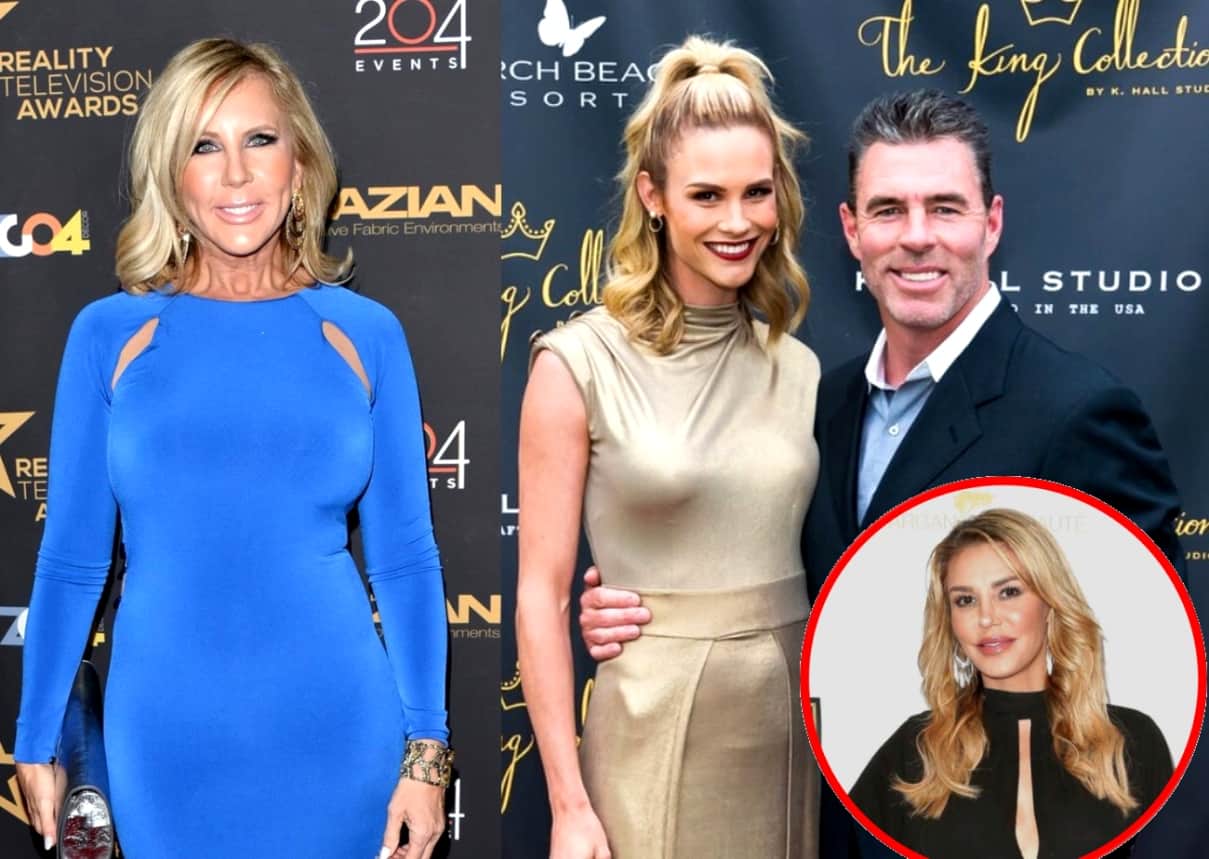 As most RHOC fans are aware, Vicki and Meghan were not on good terms before Meghan decided to quit the Bravo series back in 2018 while she was pregnant with twins. In fact, during one of the heated arguments between Vicki, Meghan, and Jim, Vicki famously stated that she gave Meghan’s marriage five years tops.

“Jim, talk to me in five years when you’re divorced,” said Vicki to Jim and Meghan during a RHOC episode in 2015.

And while Kelly Dodd referred to the situation as “karma” for Meghan, before later clarifying that she felt bad for Meghan, Vicki is taking a surprisingly different stance. She offered words of compassion for her former castmate.

“I’m so sorry. You are right, YOU did not deserve this,” tweeted Vicki on June 15. This was in response to Meghan’s tweet in which she mentioned how “sad” she was over the cheating revelation. 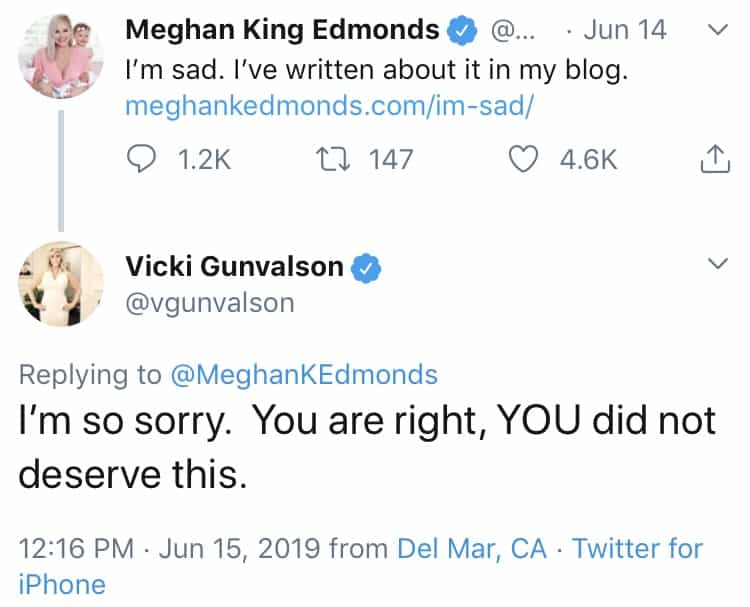 Last week, the site All About The Tea broke the news of Jim’s alleged affair. All About The Tea posted text messages and photos exchanged between Jim and this other woman. Jim later broke his silence and admitted to sexting with this woman, which he referred to as a “lapse in judgment.” Despite the claims made in the report, Jim denied the relationship ever became physical.

Following the news, Meghan shared a heartbreaking post on her blog, when she admitted she was “sad” over her husband’s betrayal and stated that she felt her wedding ring symbolized a “fraud.”

Another Bravolebrity who is commenting on this situation is the Real Housewives of Beverly Hills star Brandi. She was thrown into the limelight years ago after the affair of her ex-husband, Eddie Cibrian, became tabloid fodder.

Similar to Vicki, Brandi also had some kind words for Meghan.

“I’m so sorry @MeghanKEdmonds just read your blog & I get it more than anyone,” tweeted Brandi on June 15. “You will get though this but its extremely hard to get over it. If I can help in any way. I DM’d my #. Emotional affairs & continued sexual flirtations are almost worse than physical affairs.”

I'm so sorry @MeghanKEdmonds just read your blog& I get it more than https://t.co/yvuEG1N99Z will get though this but its extremely hard to get over it.If I can help in any way. I DM'd my #. Emotional affairs &continued sexual flirtations are almost worse than physical affairs.

Jim spoke out in a separate interview with TMZ on Friday and shared that the state of his marriage was “good” amid the ongoing situation.