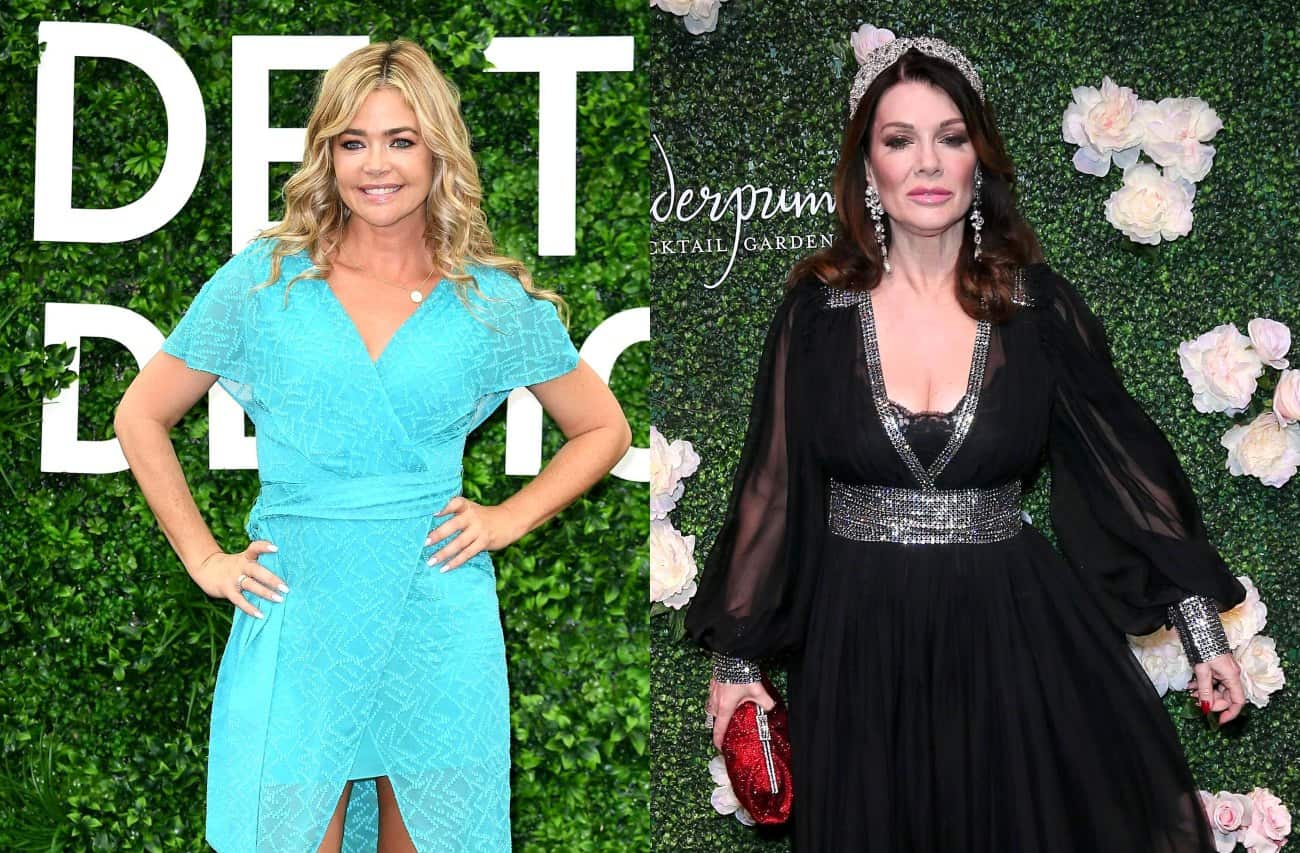 Denise Richards has been relatively drama free during her freshman season on the Real Housewives of Beverly Hills, but she is firing back at a fan following some criticism on Twitter.

As most RHOBH fans are aware by now, Lisa Vanderpump sadly lost her mother, Jean Vanderpump, this week, which led her to temporarily stop filming Vanderpump Rules. Even more, the passing of Lisa’s mom comes a year after the tragic suicide of her brother Mark Vanderpump.

As we reported on Friday, two of Lisa’s castmates, Camille Grammer and Brandi Glanville, took to Twitter to publicly send her condolences, while all of her other co-stars, who she’s mostly estranged from, have remained mum on the issue, at least publicly. This led to a Twitter user questioning the ladies as to why they had yet to publicly send their condolences to Lisa.

“Props to @TheRealCamilleG for being the ONLY ONE from #RHOBH cast to make a public post about @LisaVanderpump great loss. If ever you want to see a more disgustingly petty cast, look no further,” wrote this fan, as he went on to tag Denise as well as Kyle Richards, Lisa Rinna, Teddi Mellencamp, Erika Jayne, and Dorit Kemsley.

Denise quickly fired back, stating that just because she didn’t tweet out words of support to Lisa doesn’t mean she didn’t reach out privately.

“I personally like to send condolences privately when it is someone I know,” responded Denise to this fan. 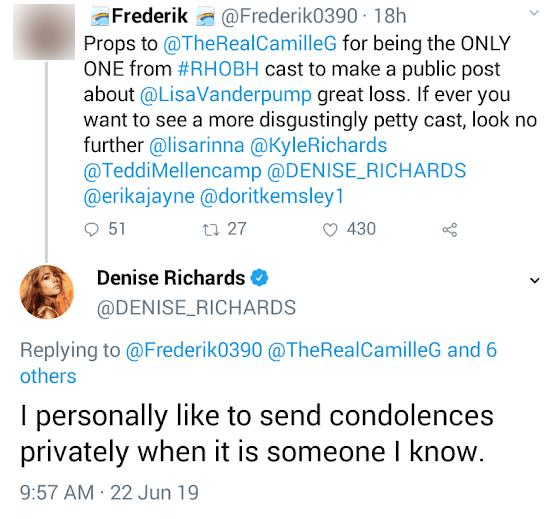 The fan later tweeted that he was simply looking for the ladies to publicly support Lisa.

“Wow got a taste of getting Twitter chewed out by other #RHOBH fans. Conclusion of it all; I agree not everything has be done in public, it would’ve been nice to see (but not necessary). Mostly I was glad Camille and (especially) Brandi made an acknowledgement. That’s all ????,” he wrote.

Following her mother’s sad passing, Lisa’s rep stated that she was “shocked and devastated,” and asked for privacy during her time of mourning.