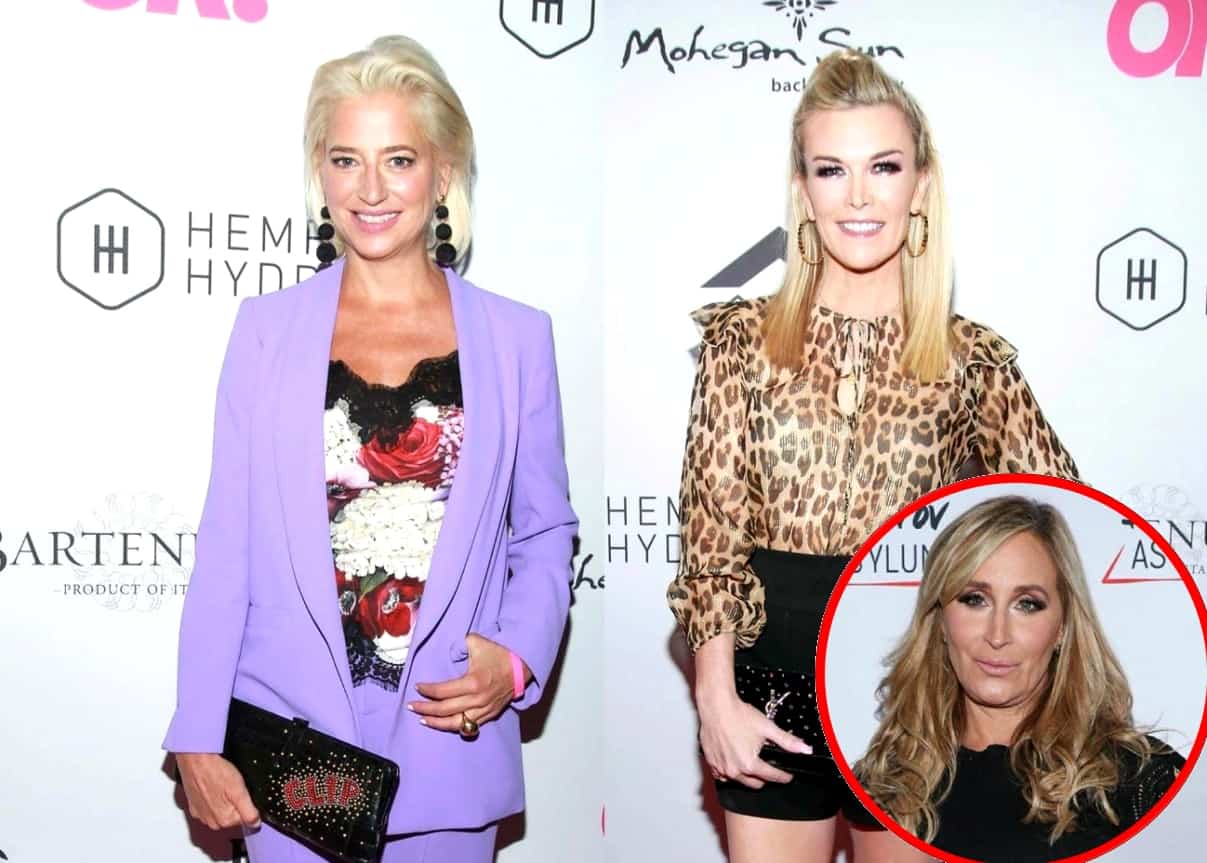 The cast of The Real Housewives of New York City recently opened up about their time on the show.

In addition to Dorinda Medley and Tinsley Mortimer discussing the moments they wish never aired, Sonja Morgan spoke about the ups and downs of reality television before Barbara Kavovit explained what it was like being the new cast member of season 11.

“Well, everybody knows I love ‘I cooked, I cleaned, I made it nice.’ That was the iconic [scene]. And then… I hated my drunken speeches,” Dorinda revealed to Star magazine of her worst moments on the show.

“But everybody loved them, so chalk it up to reality TV!” she added.

As for Tinsley’s worst moment, she looked back on her emotional breakdown over on-again, off-again boyfriend Scott Kluth, which occurred while she was dressed like a clown.

“[I wish they hadn’t caught] me sobbing at the Big Apple Circus! I was in full clown makeup, and it was just very emotional,” she admitted.

While the entire cast of The Real Housewives of New York City have endured some not-so-great moments on the show, Tinsley said she was happy to see that her mother, Dale Mercer, was included in a number of scenes throughout season 11.

“I’m happy about showing a lot of the relationship with my mom. We’re just best friends. She wants the best for me. It’s nice they’re showing us together because she’s a great mom,” she gushed.

Continuing on with the positive aspects of the show was Sonja, who pointed out that she’s established some really tight friendships during her time on the series. That said, there’s always ups and downs when it comes to dealing with the many personalities of the women.

“In New York, we use our words. We’re multifaceted people, we’re deep and we all love each other at the end of the day. Part of any journey in life is to work it out, and we’re doing that, and I love that about my girls. They can piss me off, but they make me happy too,” she explained.

As the newest cast member of the bunch, Barbara admitted to being surprised at just how hard it was to find her place in the group.

“You know, being the CEO of a construction company, I felt that because I run so many men during the day that this would’ve been an easy thing to jump into. But each [cast member] probably has 10 different personalities, and to come into a group where you have OGs, I was mean, like, ‘Let’s attack!'” she shared. “I was truly in the lion’s den.”