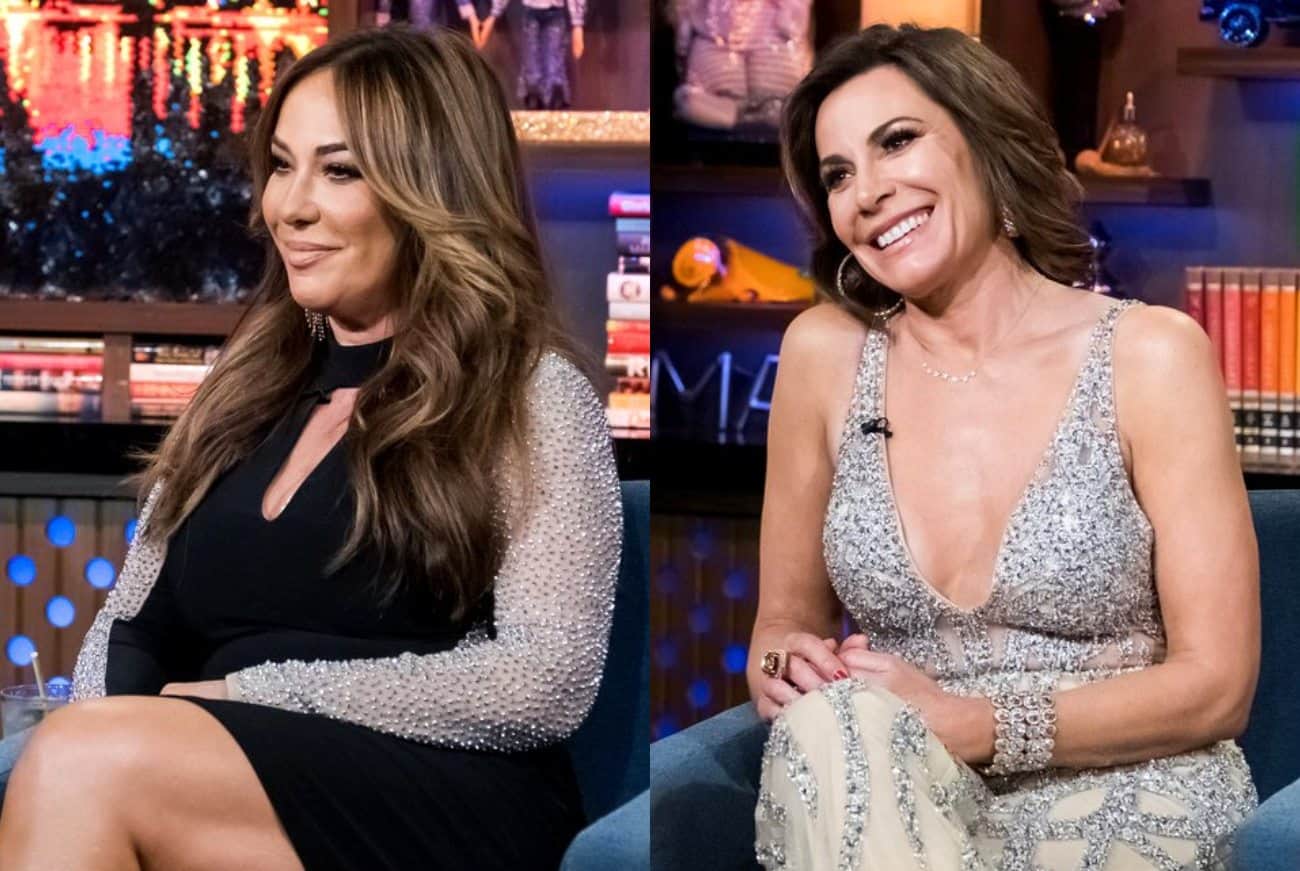 Barbara Kavovit is speaking out on Twitter after shading her friend LuAnn de Lesseps‘ singing on the latest episode of The Real Housewives of New York City.

Barbara was caught saying that LuAnn “can’t really sing” while attending her Countess and Friends cabaret show during the RHONY season finale episode, which aired on June 27.

“I don’t think she can really ever hold the show by herself,” said Barbara to a friend. “I mean, she can’t really sing.”

The day after the episode aired, Barbara shared a series of tweets with her fans and followers in an effort to set the record straight about what she said.

“Hey tweeps – I want you all to know that I actually enjoy @countessluann’s cabaret show & my comment from last night was taken out of context,” she claimed in her first Tweet. “I’ve seen her show 8x & would go back for more! #Girlcode #Countessandfreinds.” 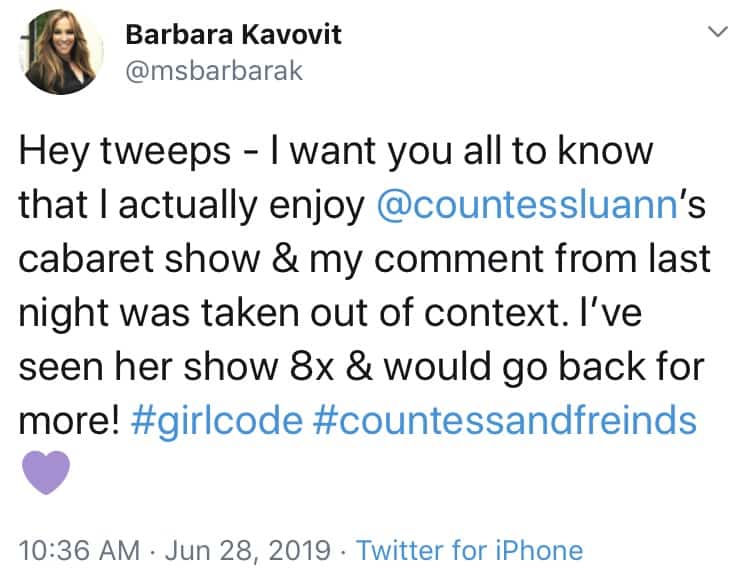 After a fan then suggested that Barbara shouldn’t “backtrack now,” the reality star said friends should support one another.

“Friends need to support one another, don’t ya think!!” she tweeted.

Friends need to support one another, don’t ya think!! https://t.co/b6RLK11qIL

As fans of The Real Housewives of New York City may know, this isn’t the first time Barbara has been caught bashing LuAnn on the show. In fact, she once filed a case against Bravo TV in hopes of blocking them from airing a comment she made slamming Luann’s decision to marry now ex-husband Tom D’Agostino Jr. Barbara claimed she was unaware that former cast member Carole Radziwill had a mic on as they chatted during a filmed event in 2016.

Barbara’s case against the network was ultimately dismissed by a judge on First Amendment grounds.