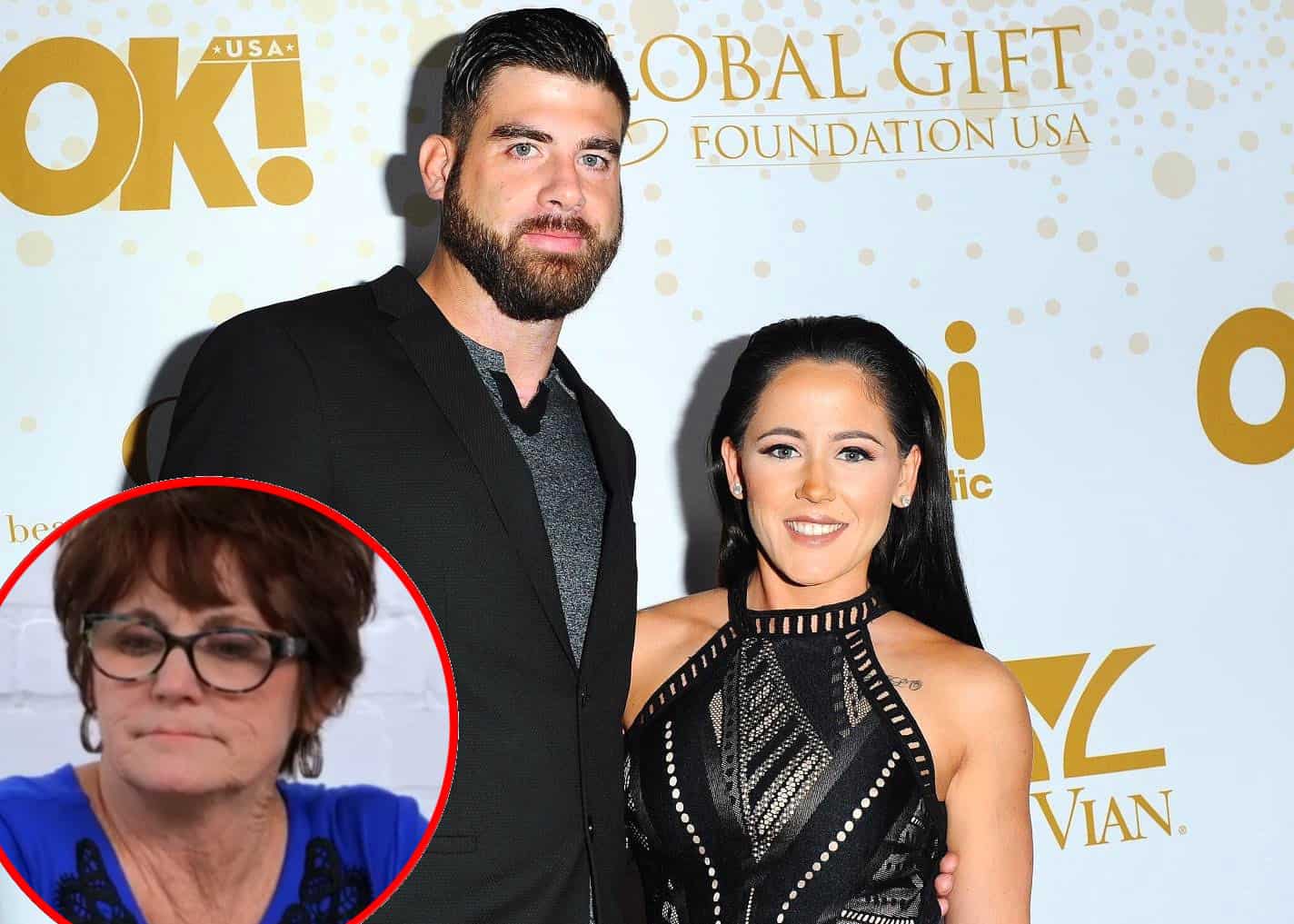 Jenelle Evans is opening up about why she and husband David Eason recently called the cops on her mom.

Following the release of two calls to 911, the former Teen Mom 2 star explained why David phoned the police about their daughter, Ensley, 2, being trapped in a bedroom just days after Jenelle requested a welfare check be done on Ensley and Jace. Both children are currently living with Barbara Evans.

“David and I were on FaceTime with Jace when we heard my mom say to Ensley, ‘Come here, I have to take a shower.’ Then she took Ensley in the other room, and we immediately heard her screaming and crying,” Jenelle told Us Weekly on July 2.

“We asked Jace what was going on, and he said my mom locked Ensley in the bedroom so she can take a shower,” Jenelle continued. “We told Jace to get the door open, and when he couldn’t get the door open, we called 911 for help because all we could hear was Ensley screaming.”

Earlier this week, TMZ released details of David’s call, during which he accused his mother-in-law of locking Ensley in her room. David claimed she was unable to get the door open once she’d finished her shower.

“She can’t get the door open, and my child is freaking out,” David told the 911 operator. “She’s been screaming on the phone for the past five to 10 minutes.”

Also during the call, David asked the operator if she could report the incident to Child Protective Services (CPS). However, the woman did not do so and instead informed David that he could file a report against Barbara with an officer at a later time.

Prior to David’s call, Jenelle called the police after allegedly hearing her kids screaming while on the phone with her mom.

Following the tragic murder of their family dog Nugget, who David shot in April, CPS removed the three children who were living with Jenelle and David, including his daughter Maryssa, her son Kaiser, and their daughter Ensley, from the home and placed them with other family members.

While Jenelle and David are trying to regain custody of Kaiser and Ensley, they have yet to do so.