Could Lisa Vanderpump and Nicollette Sheridan Team Up Against Lisa Rinna and RHOBH Cast in New Season? See Their Suspicious Tweets! 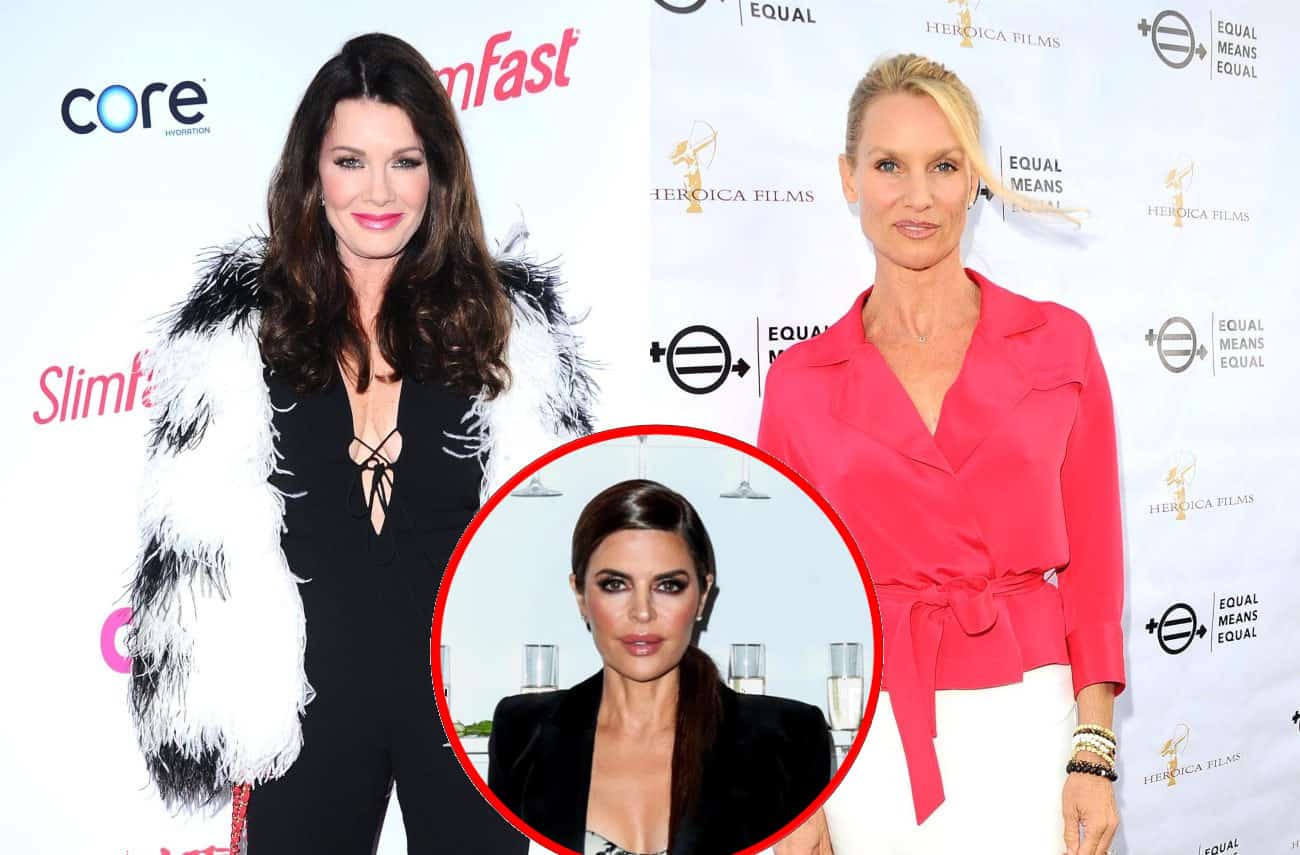 Lisa Vanderpump just got tongues wagging on Twitter after revealing an interesting detail about her relationship with Nicollette Sheridan.

Just weeks after Nicollette suddenly began following Andy Cohen, which Lisa Rinna suspected she did in an effort to nab a role on The Real Housewives of Beverly Hills, Lisa V. shared a series of tweets that quickly prompted fans to wonder if she and Nicollette were planning to team up against the cast during the show’s upcoming season.

You and @LisaVanderpump need to be friends please ????

“We know each other from years ago,” Lisa V. tweeted to a fan who suggested they should be friends.

We know each other from years ago…

Nicollette then responded to Lisa’s tweet with a smiley face and a handclap emoji.

Because Lisa’s tweet came in response to a fan who was reacting to Nicollette saying she was “going to work together” with someone and encouraging her audience to “stay tuned,” rumors immediately began swirling in regard to both women appearing on the new season of The Real Housewives of Beverly Hills.

“Ok what’s going on?? you two have something up your sleeve?? we want in on it. I hope its Nicole taken down Rinna while working with LVP. that would make my year,” one person wrote.

ok what's going on?? you two have something up your sleeve?? we want in on it. I hope its Nicole taken down Rinna while working with LVP. that would make my year

“What a dream team! If LVP returns with Nicolette, I’d start watching again,” another fan said. “Let the games begin!”

“Then and only then will I watch #RHOBH again!!! LVP and Nicolette would be GOLD!!!!” added a third.

As fans of the RHOBH may recall, Lisa R. mentioned Nicollette on the show earlier this year. Lisa R. said she met and married her husband Harry Hamlin after his marriage to Nicollette came to an end.

According to Lisa R., Harry split from Nicollette after she allegedly cheated on him with singer Michael Bolton, which she denied.

As for Lisa’s thoughts on taking on the cast with Nicollette at her side after quitting last month, she appeared amused by the idea. She responded to a Tweet suggesting just that with a laughing emoji.