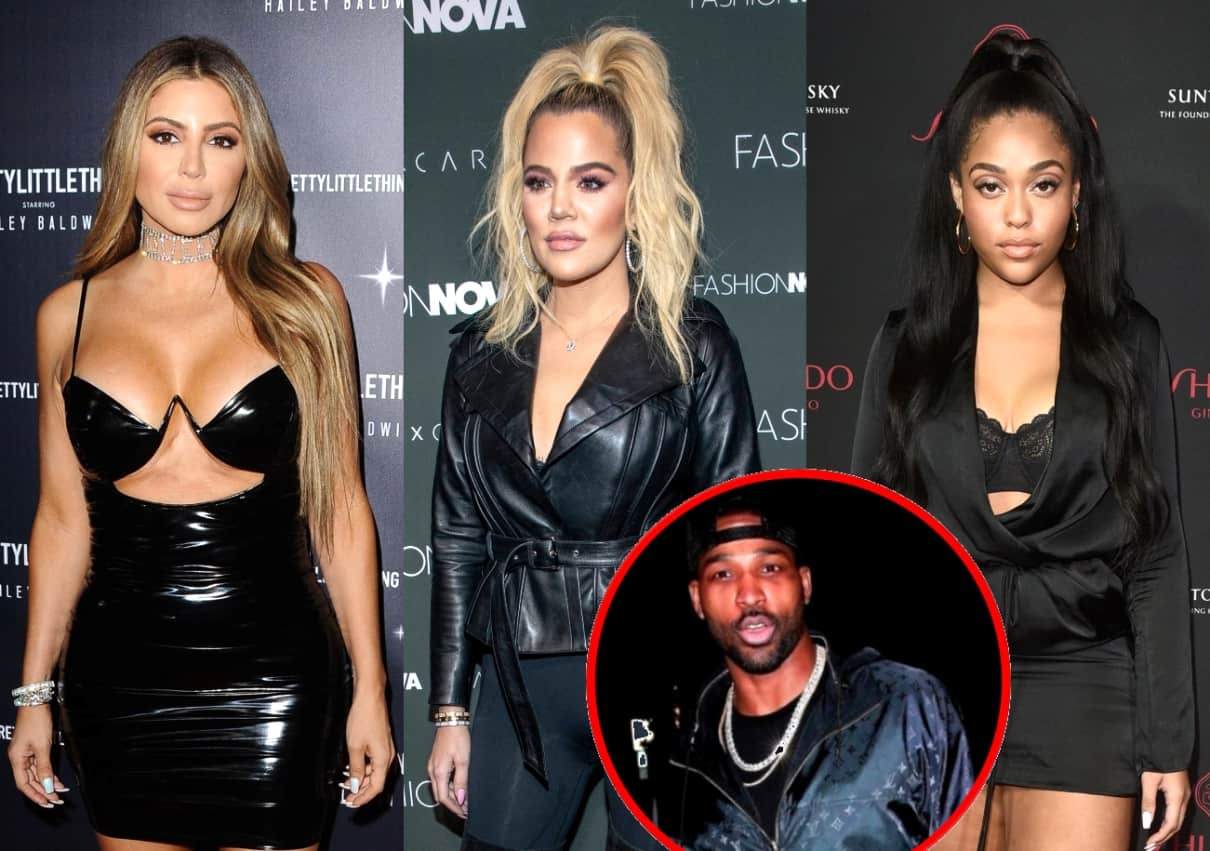 Jordyn Woods may have tried to play off her fling with Khloé Kardashian’s baby daddy Tristan Thompson as a one-time thing, but new claims are saying that this might not be the case.

Larsa, 45, recalled her conversation with Kim in an interview on Hollywood Unlocked [UNCENSORED] before the scandal had reached the media. “I called Kim and she didn’t believe me. She was like, ‘No way. There’s no way,” she recalled.

Kourtney Kardashian, on the other hand, was more inclined to believe Tristan and Jordyn were having an affair. “Then we called Kourtney,” Larsa continued, “and Kourtney was like, ‘Yeah, I believe it.’”

When asked why Kourtney was so quick to believe her, Larsa said, “There were other situations where [Jordyn and Tristan] were in the same room together and it was like, a weird feeling. And Kourtney was in that room.”

These new claims indicate that among their inner circle, Tristan and Jordyn were already raising eyebrows by taking their flirtation too far.

When the scandal was covered on the two-part season finale of KUWTK, Khloé’s family was shocked. “From the moment this story broke about Jordyn and Tristan, at first, nobody even believed that it was real,” Kim said. “I just feel so bad for Khloé. Jordyn was someone that Khloé really trusted and believed in and supported and employed and all of the above. This is just so crazy.”

Not only did the incident break up a friendship, as Jordyn was Kylie Jenner’s bestie and roommate, but it broke up a family. Oddly enough, Tristan’s ex-girlfriend, Jordan Craig, has since revealed in court documents that Khloe helped break up her family by carrying on a relationship with Tristan while she was pregnant with their son.

Khloe has since spoken out. While she did apologize to Jordan, she also claimed she didn’t knowingly enter a relationship with Tristan while he was still seeing Jordan.

Khloé and Tristan may have recently put their differences aside and reunited for their daughter’s first birthday, but there are no signs of reconciliation in their future.