Home Real Housewives of Beverly Hills News Why Was Andy Cohen Initially Against Hiring Lisa Rinna for RHOBH? Plus Husband Harry Hamlin Admits to Threatening Her With Divorce

Why Was Andy Cohen Initially Against Hiring Lisa Rinna for RHOBH? Plus Husband Harry Hamlin Admits to Threatening Her With Divorce 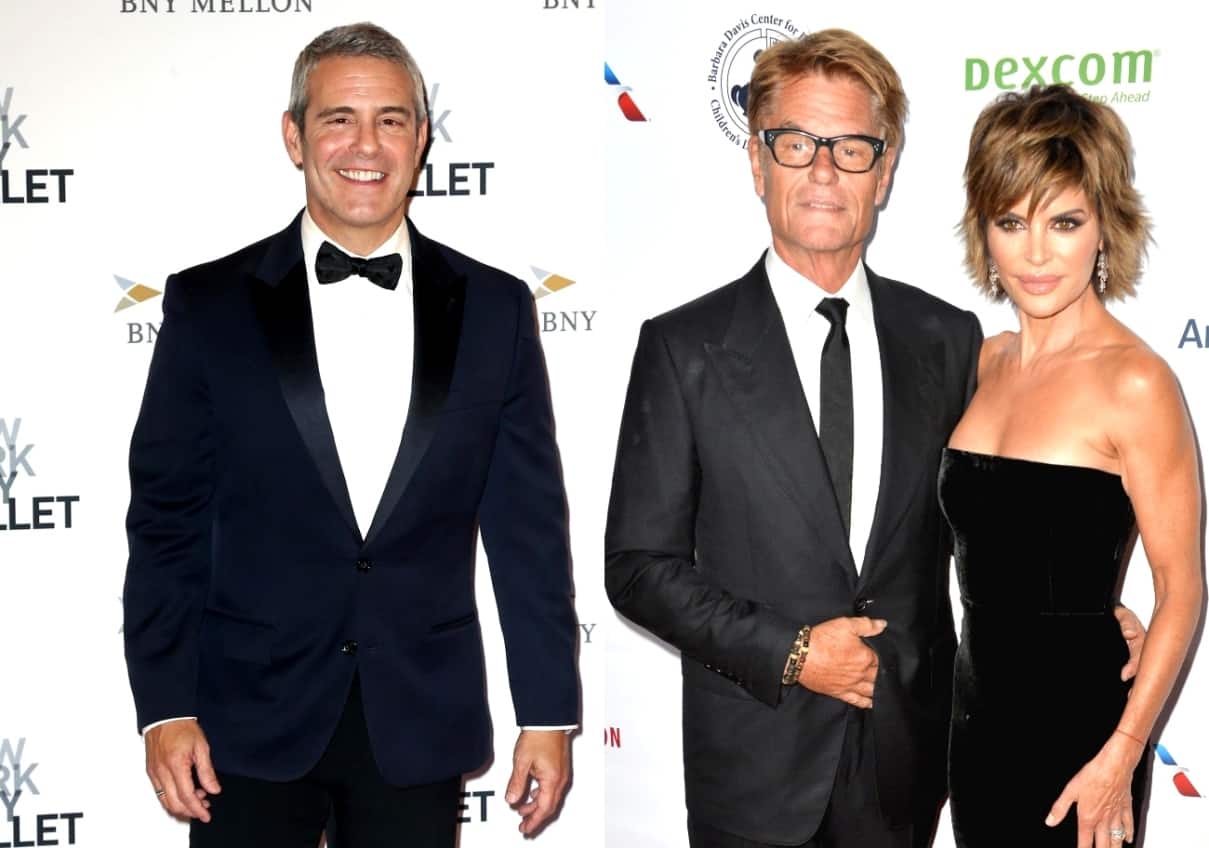 Lisa Rinna nearly missed her chance at becoming a “Housewife.”

During a new interview, Andy Cohen admitted that he was “wary” of hiring Lisa to appear on The Real Housewives of Beverly Hills. Lisa’s husband, Harry Hamlin, also admitted to threatening her with divorce.

Andy spoke to the Los Angeles Times while they were working on a profile of Lisa. He told the outlet he “was wary of hiring a recognizable actress, feeling it would change the vibe of the show,” but “now considers Rinna one of the best additions to the franchise.”

“She’s fun to watch,” Andy said. “She’s funny and she makes fun of herself. She understands her place in the world, and she’s very secure with herself. I just think she’s entertaining.”

During the same interview, Lisa’s husband said that while he is quite happy about his wife’s role on The Real Housewives of Beverly Hills now, he initially threatened to leave her if she agreed to sign on to the show’s fifth season in 2014.

“I actually told her— because I’ve been married a couple of times before — that I had my divorce lawyer’s number on my phone,” he shared.

As for her own thoughts about her life as a Real Housewives star, Lisa told the magazine that being unable to get acting gigs, following reality TV appearances on shows like Dancing With the Stars, Celebrity Apprentice, and her short-lived reality show Harry Loves Lisa, played a role in her decision to do the RHOBH.

“I couldn’t really get an acting job anymore because I had now become a reality star,” she shared. “And I was like, … now what do I do? By the time ‘Housewives’ came along, I wasn’t afraid of it. I knew it was a direction I had to continue to go on.”

With that said, Lisa reveals being a real housewife has been great for her career.

“I’ve been able to get deals through my social media platforms and get extra income in that area,” she explained. “I don’t even know where to begin. All kinds of things are constantly coming.”