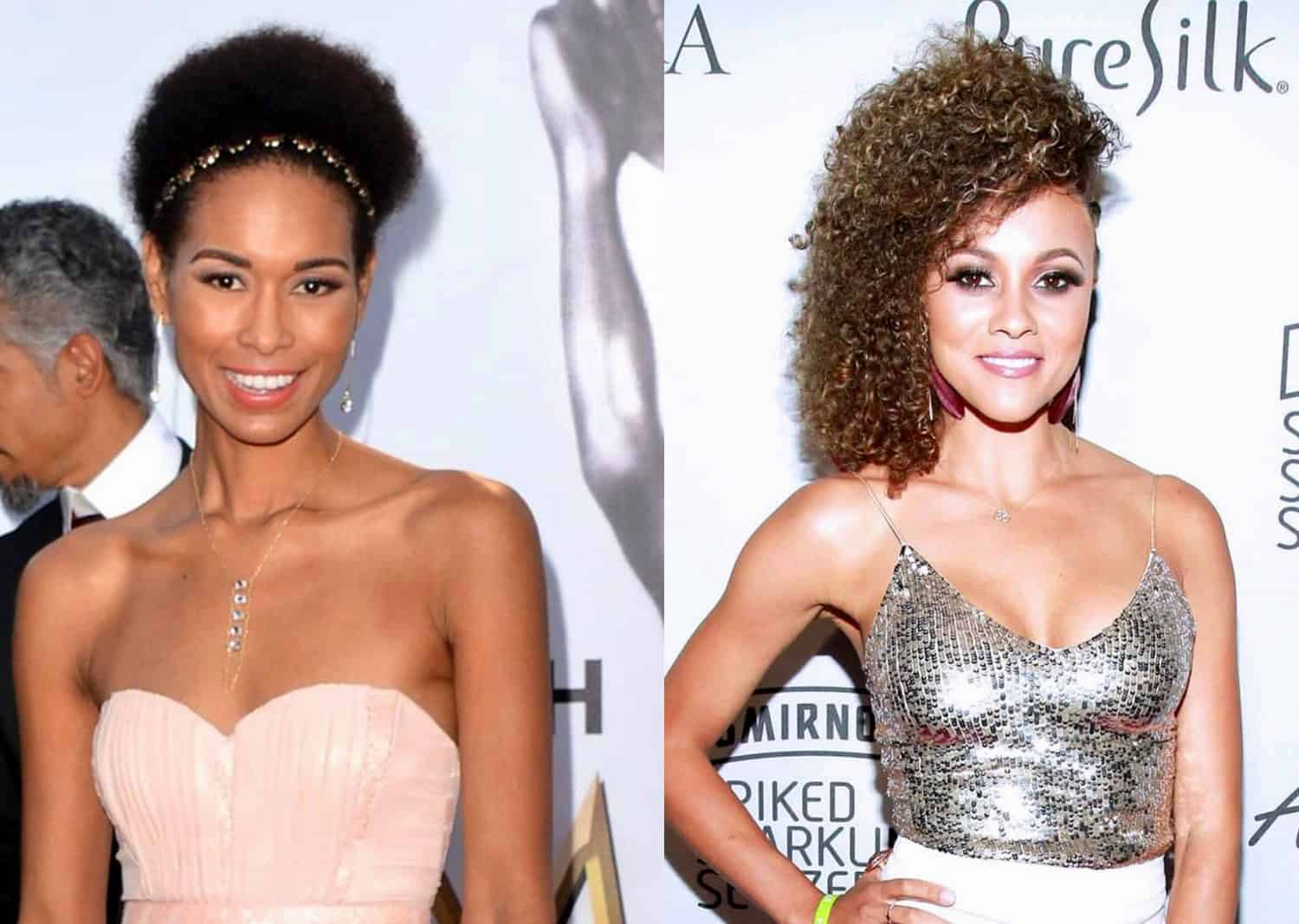 The gloves are officially off when it comes to the ladies of the Real Housewives of Potomac as Katie Rost is completely blasting co-star Ashley Darby in a scathing new post on social media.

As for what set Katie off, it appears it had to do with Ashley’s comments about her home during the latest RHOP After Show. Ashley referred to Katie’s farmhouse as “scruffy.”

On July 16, Katie took to her Instagram page and slammed Ashley for her comments. In Katie’s post, she accused Ashley of covering up for her husband Michael Darby‘s alleged “sexual misbehavior.” She also said that Ashley, who just gave birth last week, had used her pregnancy as a “shield.”

“I just watched a video on @Bravotv, guess it was one of the aftershow breakdowns on #RHOP , anyway, Ashley Darby was sitting there, feet up, talking s–t about my magnificent property, Sunny Hill Farm. (A property by the way that I bought at 27 years old for a million dollars with my own hard earned modeling money, none of which involved banging an 80 year old),” wrote Katie. “I’ve kept my mouth shut about her, but honestly, how can a woman who grew up in squalor, literally grew up on welfare and being kicked out of homes all her life (as Ashley Darby has said was her story) think that her crown fits well enough to talk s–t about me and mine?”

Katie continued, “I’m all for people having a come uppance, but don’t front like you are something that you are not. The abusive digs at other women just to cover for sexual misbehavior from your husband, the nastiness, the running for cover using a pregnancy to shield yourself is not cool. Eeeeeew! People who know how vicious her mouth and behavior are, know. It’s not cool. Watch your mouth girl….” 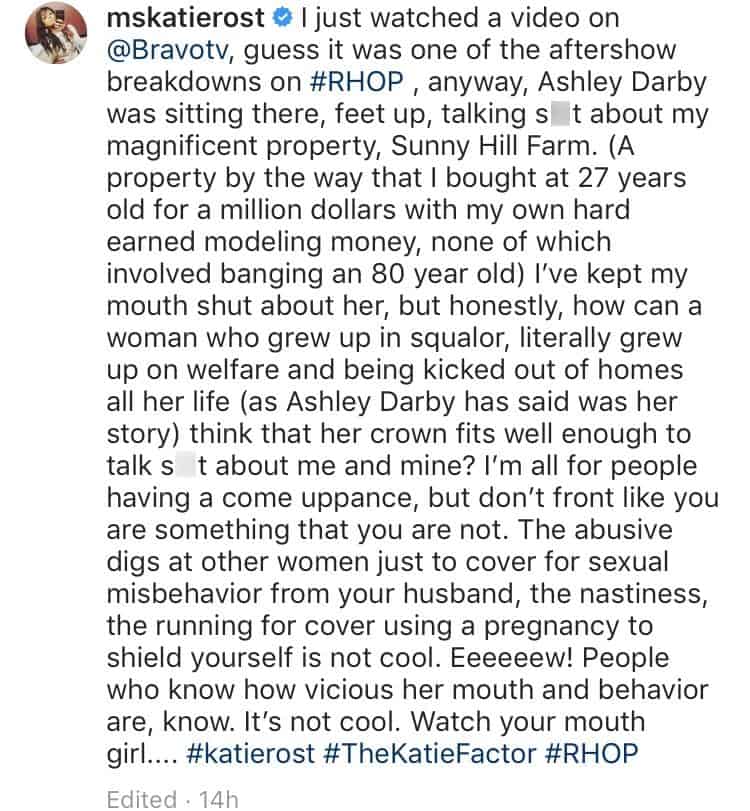 During this week’s RHOP After Show, Ashley threw a little bit of shade about Katie’s home when talking about the hoedown that took place on the latest episode of the show.

“I thought it was actually pretty fun. I had never seen Katie’s farm, and when we get there, it was a little on the scruffy side to say the least,” said Ashley.

As most RHOP fans are aware, Michael was accused of grabbing a cameraman’s butt during Sunday night’s episode. In real-time, those charges have been dropped after the district attorney said there was insufficient evidence to move forward with the case.

As for Ashley, she clapped back at Katie this morning via Twitter. She also took a shot at castmate Candiace Dilliard.

“Hello my friends! This motherhood journey is the best feeling in the entire world 😍! I have stepped out of my peace bubble to say I will spare no one at this reunion,” tweeted Ashley on July 17. “Mail order c–ch Katie and hamster face Candiace will hear what I have to say then. ✌🏽.” 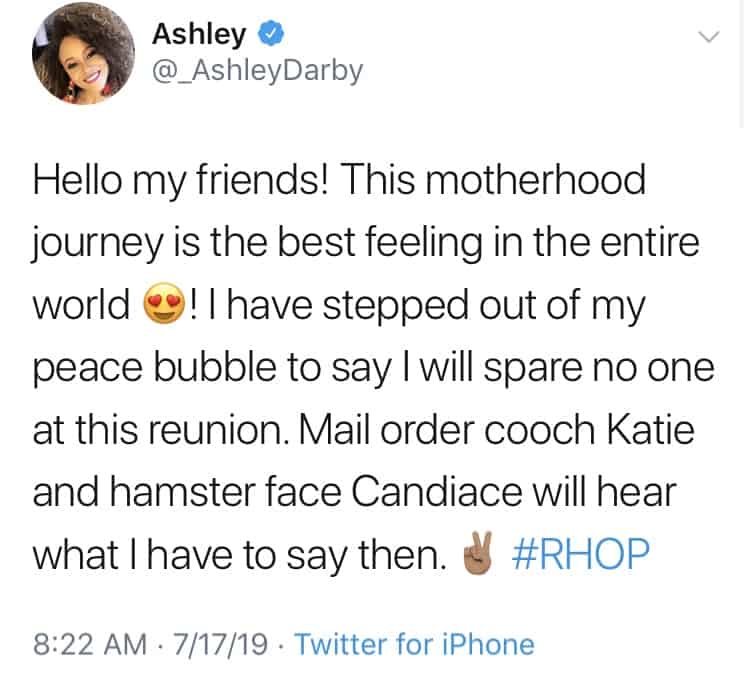 The Real Housewives of Potomac airs Sunday nights on Bravo at 8/7c.