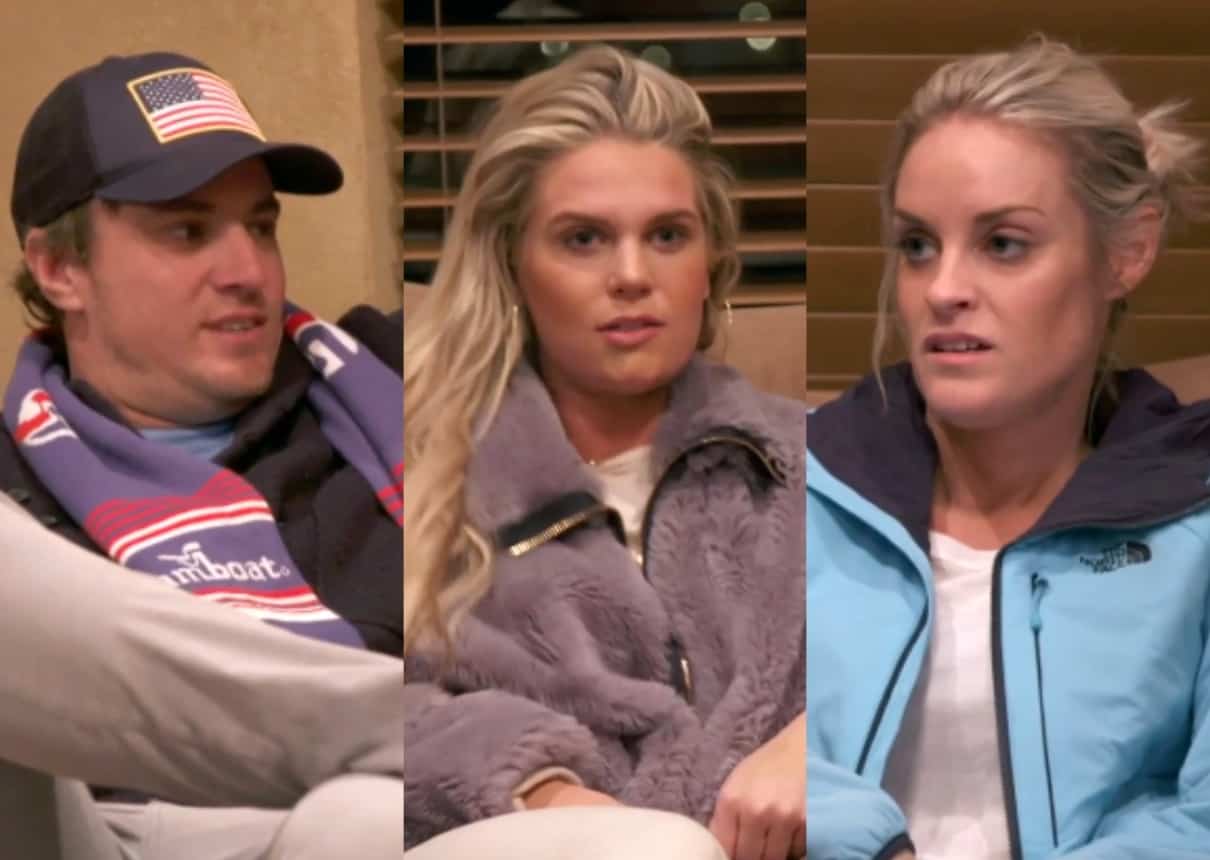 During episode three of the Southern Charm cast’s trip to Colorado, the gang awakens to find Austen Kroll and Madison LeCroy in bed together. However, when it comes to a potential reconciliation, they aren’t as close as they may seem.

As the group bids farewell to Cameran Eubanks and Whitney Sudler-Smith, they want to hear all the dirty details about Austen and Madison’s night together. But they don’t share much, aside from the fact that Madison woke up without a shirt.

Once Cameran and Whitney head out, the cast ventures to the hot springs, where Austen and Madison discuss their future and upcoming return to Charleston.

But Madison isn’t convinced that Austen is ready to commit to her in the way she needs him to as a single mom. Craig Conover is concerned that Madison is simply asking too much out of him.

The night before the gang is set to return to the East Coast, Kathryn Dennis receives an apology from Austen in regard to the weed-infused dinner their co-stars participated in the previous night. Elsewhere, Madison begins to butt heads with Shep Rose over his alleged involvement in her relationship with Austen. As their conversation intensifies, Madison shockingly claims that Austen told her Shep had given Danni Baird chlamydia, which they both immediately denied.

“That is a lie, a blatant lie!” Danni exclaims.

“You motherf**king would!” Austen says.

Outside, Danni opens up to Kathryn about Madison’s shocking claim. She says she doesn’t understand why Austen or Danni would ever say such a thing about her.

Back home in Charleston, Cameran takes her daughter Palmer to the aquarium with her mom as Craig works on his new business with his dad.

While chatting about the drama that took place in Colorado, Austen tells Naomi Olindo that he feels betrayed by Madison because this wasn’t the first time she went public with information he gave her in private. Then, Naomi suspects that Shep’s issues with Madison stem from the fact that he allegedly wanted her for himself.

Madison also reflects on her time in Colorado during a chat with Kathryn. She admits that she feels bad for what she said about Danni. Madison then says that she doesn’t believe Danni deserved to be spoken badly about and labels Shep as a “bully.”

As Danni’s close friend, Kathryn tells Madison that she isn’t happy about what she said about Danni, but she admits that she was thrilled to hear that someone finally stood up to Shep.

At the end of the episode, Austen pays Shep a visit and brings a peace offering of beer before addressing the drama that went down in Colorado with Madison. Although Austen seems to be there to talk about the messy rumor Madison repeated, Shep wants to talk about the root of the issue, which is that Madison is allegedly walking all over Austen.

Shep then makes it clear that he still believes Ashley is “white trash.” He then takes things one step further by suggesting she should be off in a “honkey tonk bar” somewhere — not spending time with their friends.