Home Don't Be Tardy PHOTOS: Don’t Be Tardy’s Kim Zolciak Shows Off Her Backside in a Colorful Thong Bikini, Plus She Reveals the Secret to Her Happy Marriage With Husband Kroy Biermann

PHOTOS: Don’t Be Tardy’s Kim Zolciak Shows Off Her Backside in a Colorful Thong Bikini, Plus She Reveals the Secret to Her Happy Marriage With Husband Kroy Biermann 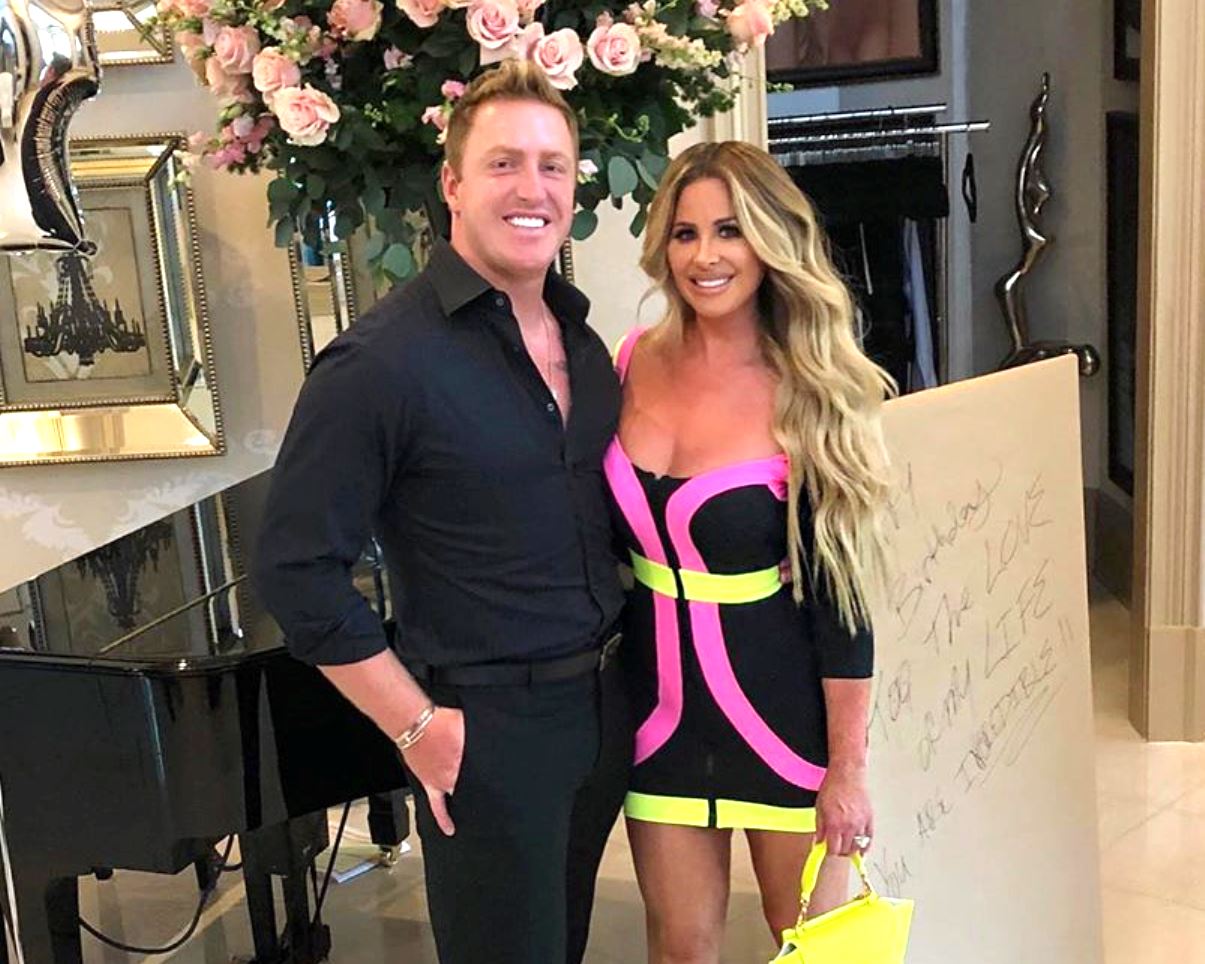 Kim Zolciak shared a racy photo of herself and her husband, Kroy Biermann, this week as she also revealed the secret to her happy marriage.

While enjoying a family vacation with their six kids in Turks and Caicos, the former Real Housewives of Atlanta star and current Don’t Be Tardy cast member posted a photo on Instagram in which she and Kroy were seen gazing over the Atlantic Ocean as she posed in a colorful thong bikini.

“My ❤️ .. before we leave the beach we believe in releasing all negativity, worry, doubt and confusion. Instead we fill our hearts with love, passion, peace, and joy,” wrote Kim in the caption of her pic.

She then revealed the key to her marriage with Kroy is putting their union first.

“We believe if our marriage is strong our children will be even stronger,” she continued. “We also put our marriage first above all else. I love loving you [Kroy Biermann] and I’m incredibly thankful for you.”

According to Kim, her photo, and another image shared earlier this week, were taken on her family’s last day on the island.

Kim’s sexy thong photo comes just months after her oldest daughter shared a series of photos of herself in a thong.

Kim and Kroy tied the knot in November 2011 and have welcomed four children together, including eight-year-old Kroy, six-year-old Kash, and five-year-old twins Kane and Kaia.

Don’t Be Tardy season eight is expected to air on Bravo TV later this year or early next year.