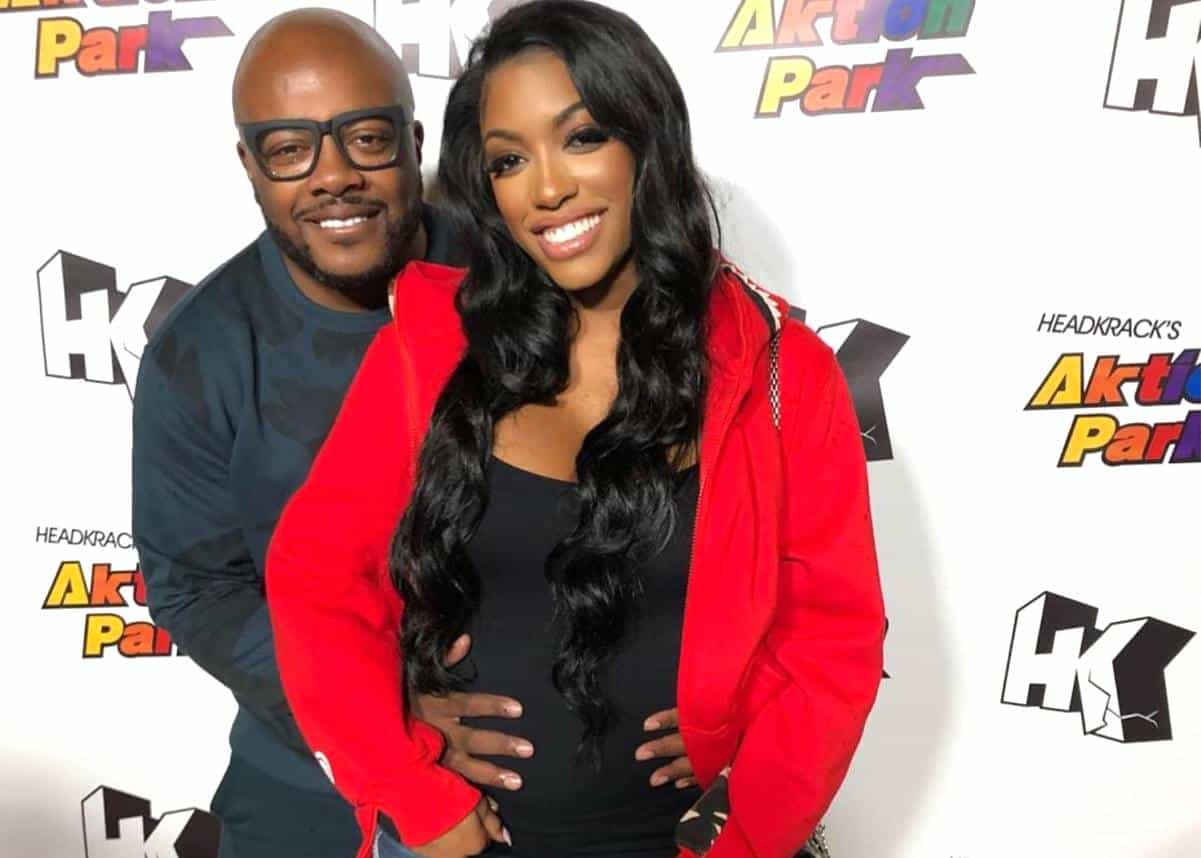 The Real Housewives of Atlanta star Porsha Williams has reunited with her fiancé Dennis McKinley.

It seems that Porsha, 38, may be walking down the aisle toward Dennis, 39, after all! After learning about their split earlier in the summer, it seemed the couple was done for good, but there’s been a change of heart since.

The reconciliation rumors started after Dennis was spotted on the recent RHOA cast trip to Canada. And during an episode of her Dish Nation radio show this week, Porsha confirmed she and Dennis are indeed a couple again.

“We’re taking it one day at a time,” Porsha explained. “We’re working on it.”

And when it comes to Dennis’ appearance in Canada, Porsha made it clear he came on his own. It has been rumored that Dennis came on the trip to surprise Porsha.

“I didn’t take him to Canada,” she clarified. “He got his flight and he wanted to come.”

The lively couple first made their relationship official on Instagram back in June of 2018. Then, Porsha announced her pregnancy three months later. The couple then got engaged the following September and gave birth to their first baby daughter together, Pilar McKinley, in March 2019.

However, we learned everything wasn’t all Georgia peaches and cream between the couple after rumors of an alleged affair between Dennis’ and WAGS Atlanta star Sincerely Ward began to spread. While the business owner denied the rumors, the drama proved too much to bear for the reality star as she unfollowed her fiancé soon after on Instagram.

But hope wasn’t completely lost when a relative close to the couple teased there was a chance of reconciliation. “There is a tiny, tiny, tiny chance they would get back together,” the source revealed to Us Weekly in June. “[But] likely no.”

We’ll likely see how Porsha and Dennis navigate parenthood together in the upcoming season 12 of Real Housewives of Atlanta, which is set to air on Bravo later this year.