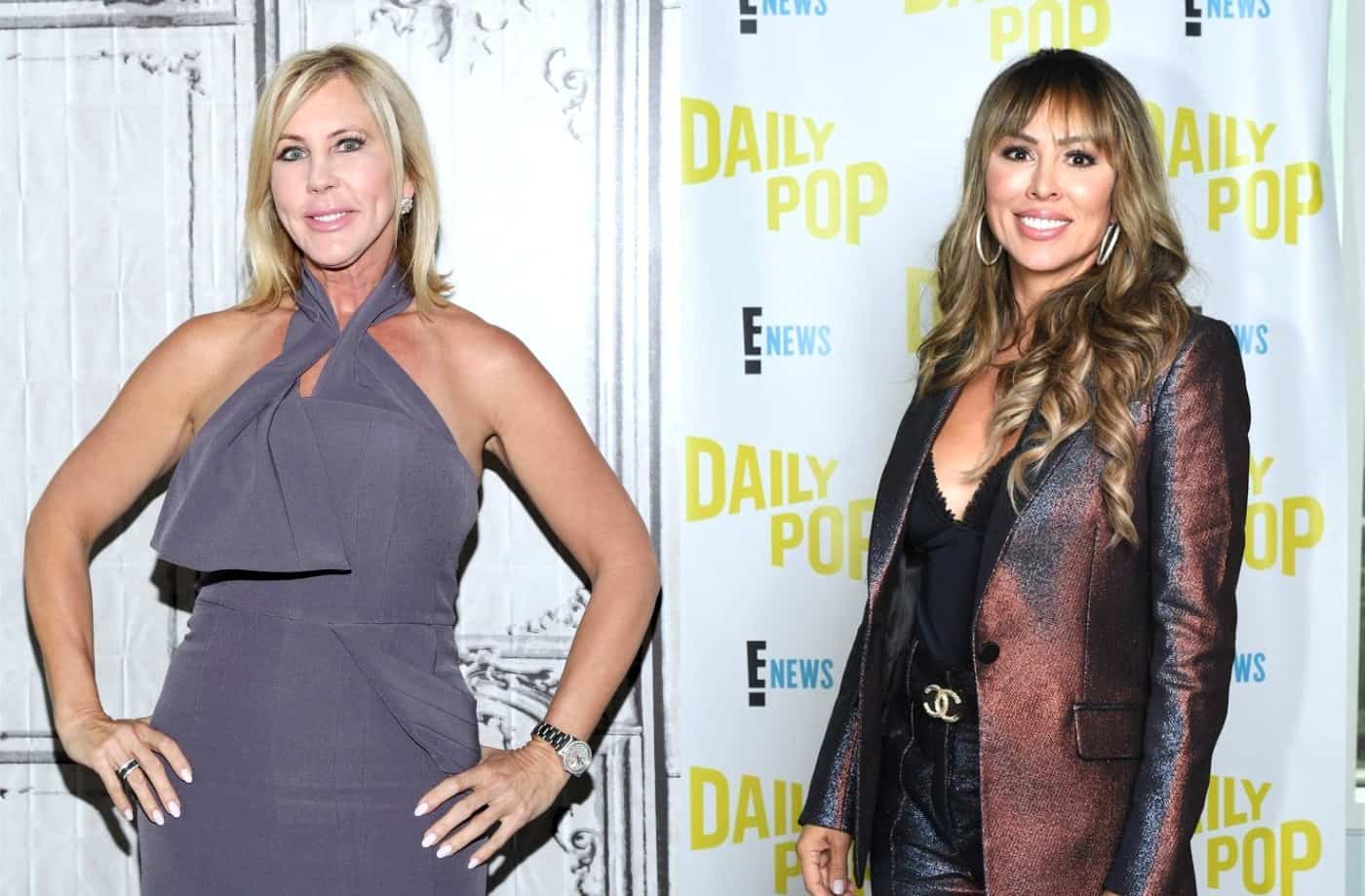 Vicki Gunvalson is fighting back after being labeled as “stale” by Kelly Dodd.

Following an interview earlier this week in which Kelly suggested that both Vicki and Tamra Judge lacked personal stories on The Real Housewives of Orange County and added that Tamra should be demoted, Vicki slammed Kelly for being an “angry, volatile person” as Tamra labeled her “evil.”

“I used to feel sorry for her, now I don’t,” Vicki wrote on Reality Blurb’s Instagram page in response to a story we shared on Friday.

“Regarding her stating we are stale and don’t have story lines…. Listen up girl! Our lives are always evolving and changing. We don’t have ‘storylines.’ It’s a ‘reality show’ … our reality!!” she continued. “Not fake stories like you.”

While Vicki noted that she is a successful business owner who employs and inspires people worldwide to be financially independent of a man, she wondered what Kelly has done for herself and hinted that the only job she has is searching for a rich man who wants “an arm ornament.”

“You rent a [900-square-foot] apartment and pretend to be all smart! You mentioned you got a ‘windfall’ from Michael and can pay cash for a home like [Tamra’s]. Then why don’t you do it??” she asked. 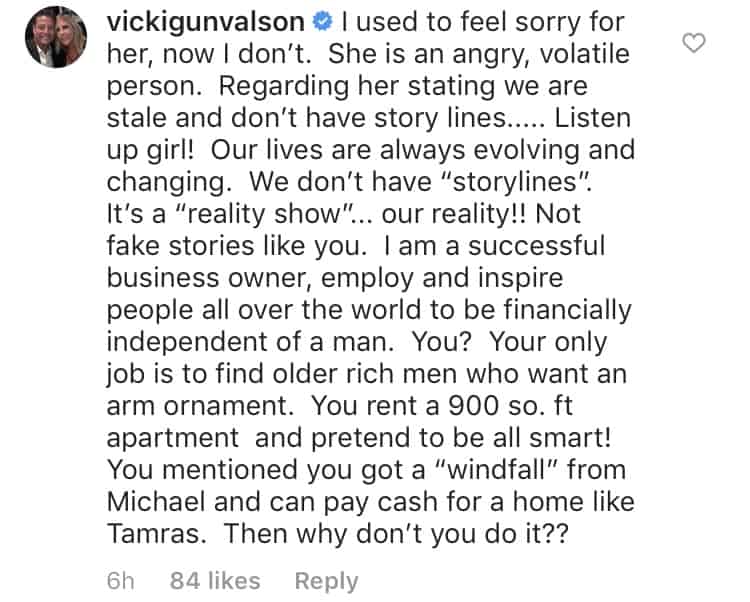 During a Twitter feud days ago, Kelly slammed Tamra for living in Coto De Caza and said that when it comes to the $2 million Tamra spent, she couldn’t find a tear-down for that price where she lives in Newport Beach.

After a fan on Instagram suggested Kelly may be acting aggressively towards the other women because she’s hurt, Tamra admitted to feeling bad for her at first but said her views on Kelly have since changed.

“I tried this year, I felt bad for her and it bit me in the butt,” Tamra explained, “She knows what’s coming up and worried. She’s projecting. Going after me & Vicki like she is doing right now only makes her look bad. I worry about her honestly. But there is a fine line between BROKEN & EVIL. Keep watching.” 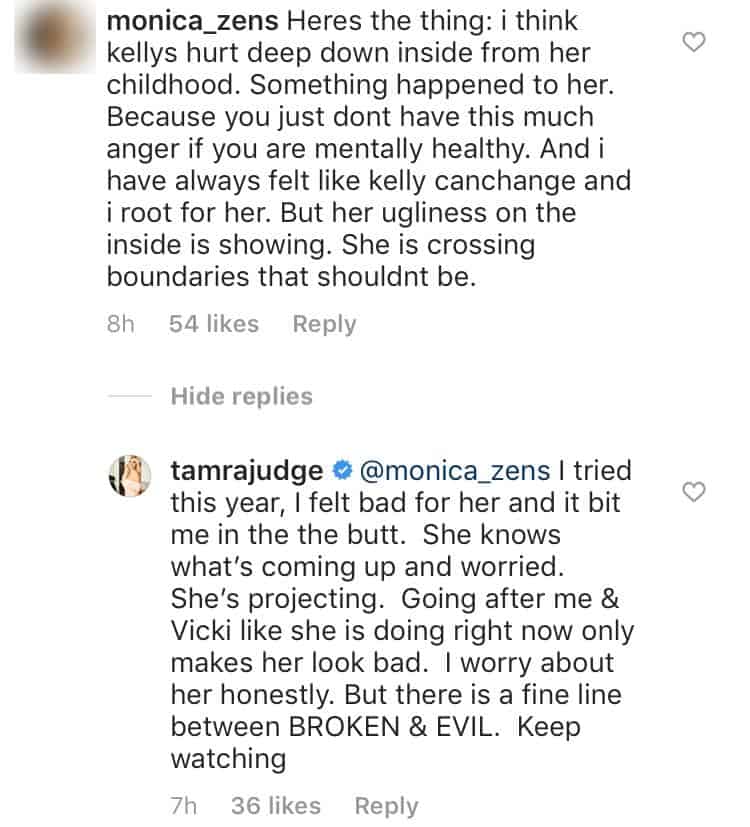