Home Southern Charm Southern Charm’s Ashley Jacobs Claims Patricia Altschul Made Her Life a “Living Hell,” Explains Why She Crashed Her Party as Patricia and Cast Discuss Ashley Being Thrown Out

Southern Charm’s Ashley Jacobs Claims Patricia Altschul Made Her Life a “Living Hell,” Explains Why She Crashed Her Party as Patricia and Cast Discuss Ashley Being Thrown Out 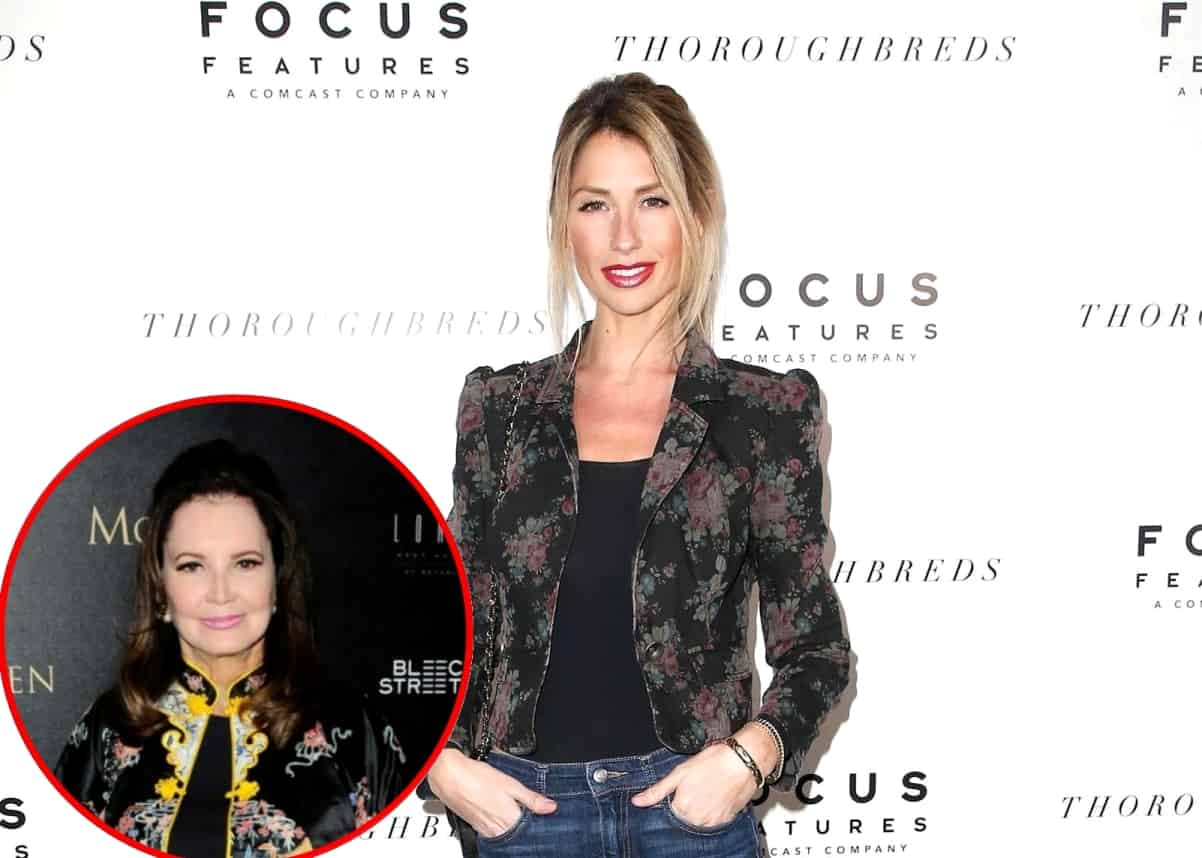 Ashley Jacobs is looking back on the finale episode of Southern Charm.

After telling her Instagram followers last Wednesday that getting kicked out of Patricia Altschul‘s home was “sooooo worth it,” Ashley opened up about their confrontation during an interview as her costars also weighed in.

“I thought, ‘What do I have to lose?'” Ashley recalled to Entertainment Tonight. “At this point, I’m gonna let them remember me. If I’m gonna go down, I might as well just have some fun with this. This is what I was thinking.”

According to Ashley, she and Patricia had a good relationship until she went to the press and accused Patricia of encouraging her to go after Kathryn Dennis, the former girlfriend of her then-boyfriend Thomas Ravenel.

“[Patricia] said some things that just weren’t kind about Kathryn, and she was trying to get me to troll Kathryn and do some things… do her dirty work!” Ashley claimed. “I went to the press and she felt so attacked by that. And from that point on, she made my life a living hell. She made my life a living hell. And all of a sudden, Kathryn was her best friend. Go figure.”

Although Ashley was a bit hesitant about crashing Patricia’s finale party at first, she ultimately decided to show up in the hopes that they could settle their differences once and for all.

“I thought maybe she’s — she wrote a book on class, manners — I thought, maybe she’s going to be the epitome of all that. Maybe I’m gonna walk in that room and she’ll pull me aside like a Southern lady does. Say, ‘Let’s talk.’ You know, ‘There’s some feelings…’ or ‘How are you?'” she said.

But that didn’t happen.

“It was just a blur,” Ashley continued. “I saw her and beelined it toward her and for a second she gave me a look, ’cause I said, ‘Patricia, can I talk to you?’ And she gave me a look. She turned around and I thought she was gonna tell her guests, ‘Excuse me.'”

Looking back, Ashley said she did get “some closure” from her encounter with Patricia.

“I tried to find peace in that. I did the best that I could do,” she added.

In her own interview with ET, Patricia said it was clear that Ashley was “gunning” for her.

“As we know, I don’t put up with any drama or misbehavior if I can help it,” she noted.

“What’s crazy to me is she just keeps showing up to places uninvited,” Cameran Eubanks added. “Like, maybe that’s a Southern thing. You don’t show up to a party if you have not received an invitation. She needs to read Emily Post’s Guide to Etiquette, I think.”

“I was so mad when she crashed Patricia’s party,”  Eliza Limehouse agreed.

According to Chelsea Meissner, she and her costars were shocked by Ashley’s decision to crash the party.

“Any time there’s ever a [moment] with Ashley, I think that’s pretty much what goes through everyone’s mind, is just, like, what else is this girl gonna do? We’re always was shocked at how far she’ll go,” she explained.

“I was just trying to enjoy the show, the show she was putting on, because I knew it was going to be very entertaining,” Cameran said.

As for Kathryn, she didn’t seem surprised by Ashley’s arrival at the event. She pointed out that Ashley has been known to “self-destruct.”