Home Real Housewives of New Jersey News Andy Cohen Reacts to Teresa Giudice’s Comment About Not Enjoying Filming on RHONJ, Reveals Why the RHOBH Will Survive Without Lisa Vanderpump

Andy Cohen Reacts to Teresa Giudice’s Comment About Not Enjoying Filming on RHONJ, Reveals Why the RHOBH Will Survive Without Lisa Vanderpump 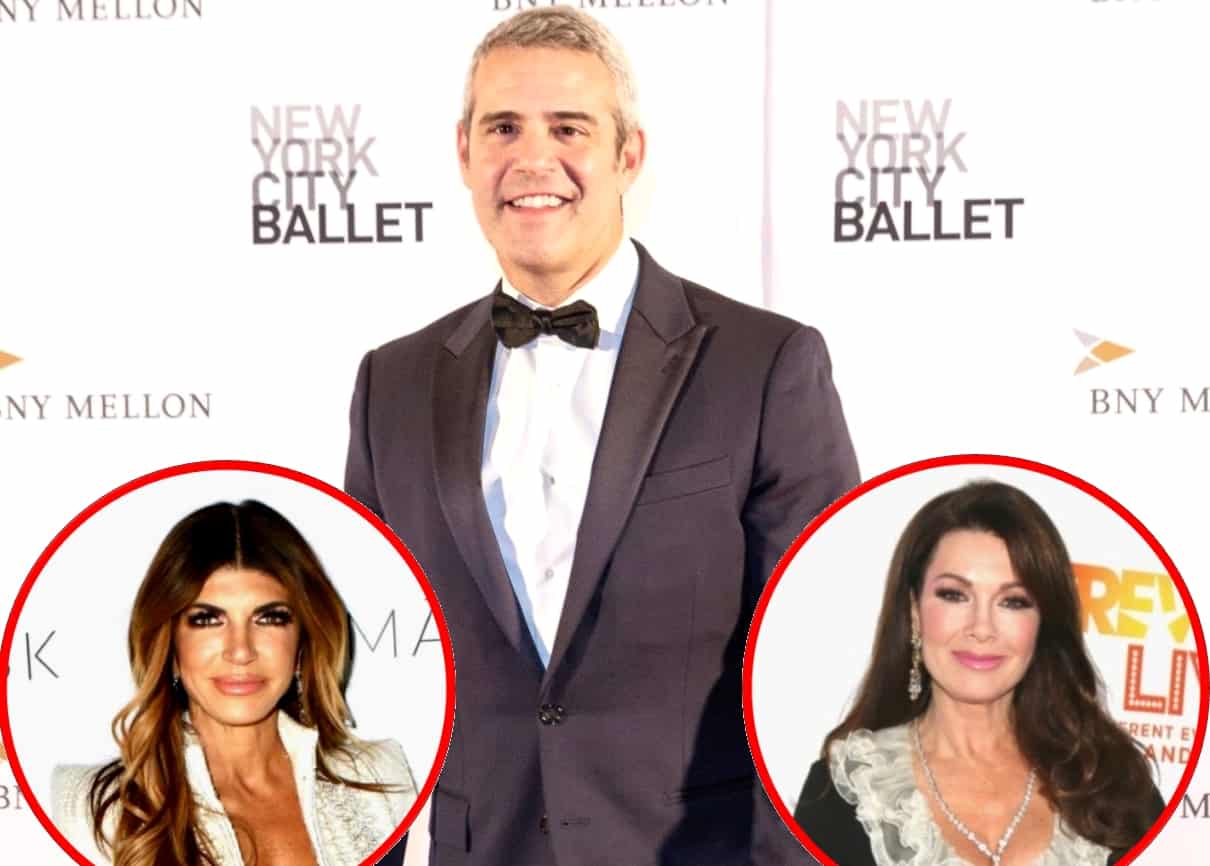 Andy Cohen is opening up about Teresa Giudice‘s recent comments about not enjoying her time filming The Real Housewives of New Jersey.

During an appearance on the Jerry O Show on Friday, August 16, Andy spoke of Teresa’s revelation before explaining why he believes The Real Housewives of Beverly Hills can survive without Lisa Vanderpump following her June exit.

“I’m not surprised. I mean, look at what’s happened to her life,” Andy said of Teresa’s statements, which she made weeks ago to Us Weekly.

During her interview with the magazine in July, Teresa said she has never “enjoyed being on the show,” despite having filmed 10 seasons of The Real Housewives of New Jersey.

According to Andy, Teresa has been through the “best of times and the worst of times” on the reality series.

“She’s a New York Times Bestselling author, her kids have grown up to be marvelous young women, but look what’s happened to her husband,” he said. “She went to jail. She’s had real high highs and low lows. She really resented Melissa for coming on the show [and] bringing a lot of family business and family drama in front of the cameras. She didn’t love that.”

“So, that’s not exactly a news flash that she said that,” Andy added.

As for his relationship with Lisa, Andy confirmed he’s been in touch with Lisa in recent weeks, but only briefly.

“We interacted after her mom sadly passed away and I’m hoping to… hopefully I’ll see her soon and [I’m] obviously wishing her the best,” he shared.

While Andy went on to say that it’s hard to imagine the RHOBH without Lisa, the great thing about the show is that it features an ensemble cast. He then said he’s hopeful that Lisa will one day return to the show.

“We survived Bethenny leaving New York and NeNe leaving Atlanta for a period of time. So, I sure hope she comes back sometime when she’s feeling it,” Andy said.

To see more of Andy, don’t miss new episodes of his late-night talk show, Watch What Happens Live, on Sunday through Thursday nights at 11 p.m. on Bravo TV.