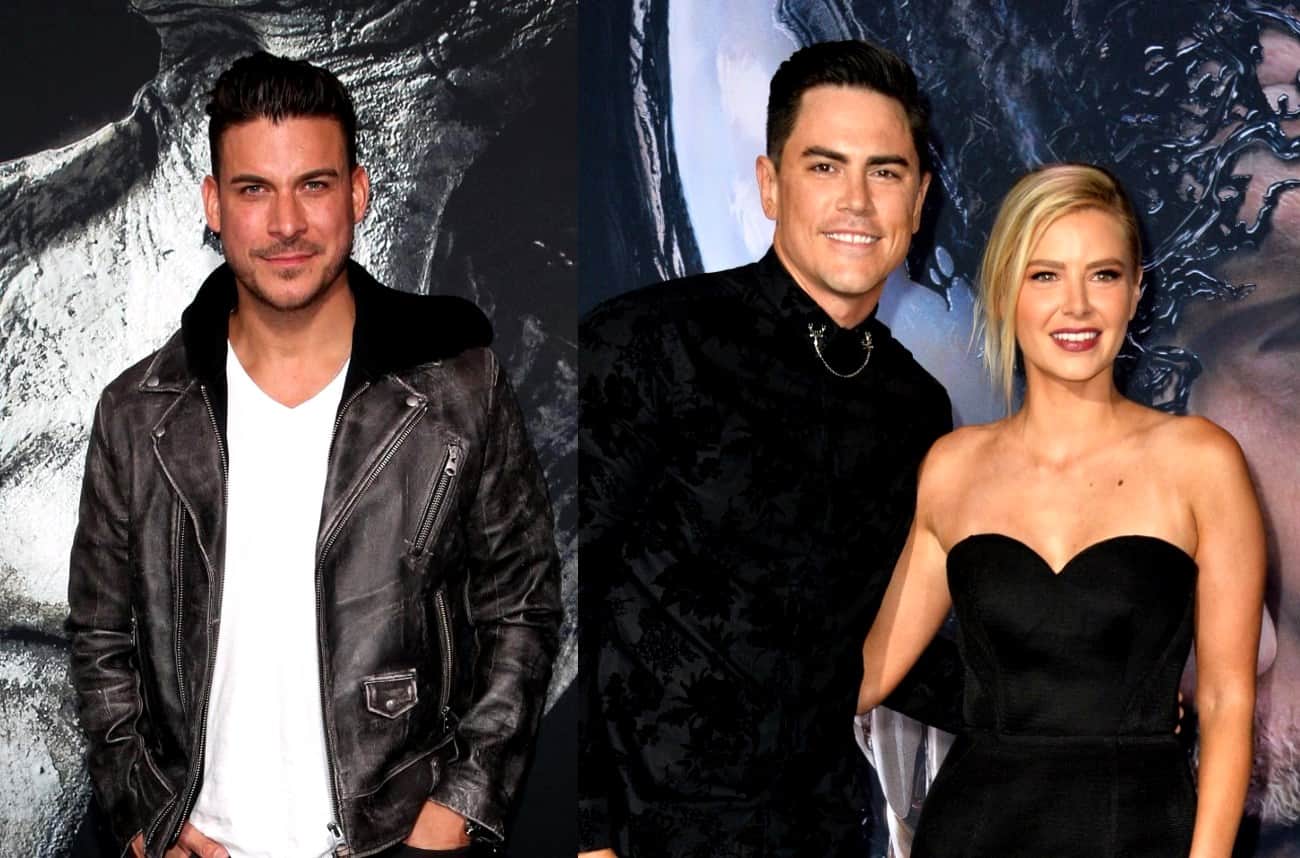 Jax Taylor is on the outs with half of the Vanderpump Rules cast.

Following filming on the series’ upcoming eighth season, Jax was unfollowed by a number of his longtime friends and costars, including Tom Sandoval, Ariana Madix, Kristen Doute. He also unfollowed them, and he unfollowed Scheana Marie. And now, fans are learning that the drama between them began ahead of Jax’s Kentucky wedding to Brittany Cartwright in June.

“[Jax] had a huge blowout fight with Tom and Ariana in June,” a source told E! News on August 21.

According to the report, Tom and Ariana were upset about Jax and Brittany enlisting Lance Bass to officiate their ceremony. As fans will recall, the couple brought the NSYNC singer into their wedding equation after Brittany’s pastor bowed out of the gig following backlash over past comments he made about the LGBTQ community’s lifestyle.

Tom and Ariana were upset because they felt “Jax only had Lance do the wedding instead of the pastor because Lance is a celebrity,” the insider explained.

According to a past E! News source, Lance was “really excited” to marry Jax and Brittany and “gladly agreed” to do so after Lisa, who experienced the death of her mother just before the couple wed, passed on the officiant role.

While Jax has remained tight-lipped in regard to his drama with his costars, he appears to be on good terms with several other members of Vanderpump Rules, including Stassi Schroeder, her fiancé Beau Clark, Lala Kent, Katie Maloney, and Tom Schwartz.

Earlier this month, during an episode of Straight Up With Stassi, Stassi, who is rumored to be on the outs with Kristen Doute, opened up about the intense drama of season eight.

“The drama is killing me. I can’t anymore. I can’t talk about this s**t anymore… I’m literally dead inside.”