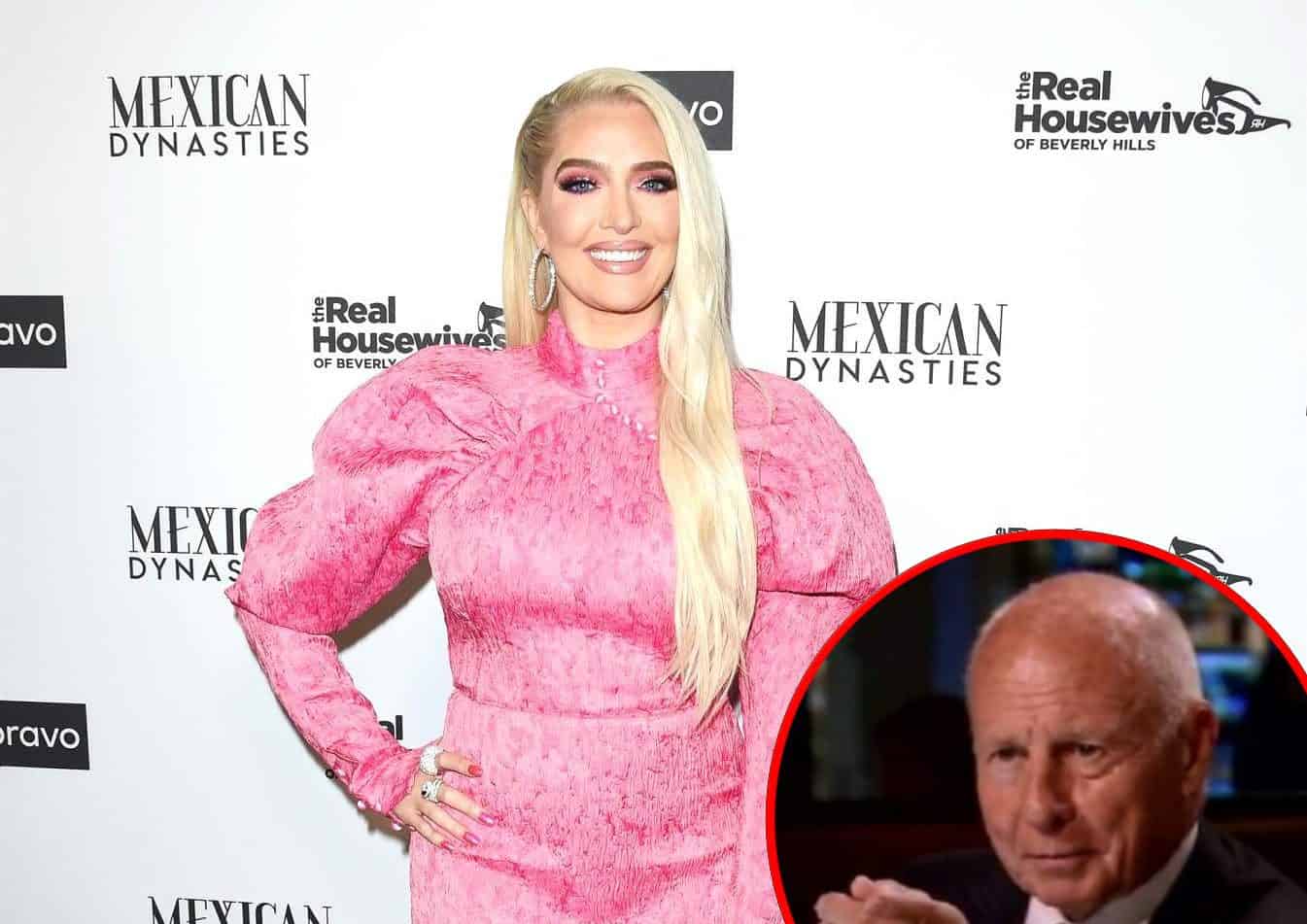 UPDATE: According to a Nov. 5 new report by The Blast, Erika will not be dragged into her husband’s lawsuit as the company suing Thomas told the courts they no longer wish to examine her finances in the legal matter. The original story is below.

Erika Jayne may be headed to court.

After her husband, attorney Thomas Girardi, allegedly failed to pay off his $6 million loan balance with the Law Finance Group, the company returned to court in hopes of convincing a judge to order the Real Housewives of Beverly Hills star to appear in court with her financial records.

On August 29, The Blast shared details of court documents filed by the Law Finance Group. The documents claim that the company wants Erika to share her records, including her bank statements and sources of income, to the court.

Earlier this summer, after making an agreement to pay back the $16 million owed to the Law Finance Group, Thomas breached the settlement deal by paying just $10 million by the agreed upon deadline. A short time later, he was dealt with a judgment over the remaining balance of $6 million.

The Law Finance Group filed a lawsuit against Thomas several months ago in which they accused the attorney of borrowing $15 million “to maintain [his] lavish lifestyle” while claiming the money would be put into his law firm.

In response to the lawsuit, Thomas offered a statement to The Blast.

“The truth of the matter is this. I have not taken one penny from the law firm in the past three years. I have devoted everything to assist in the cases that we have here,” the statement explained. “Further, the money that was borrowed, we agreed to repay in approximately two weeks before the lawsuit. It is slanderous that the money was for my ‘lifestyle’ … every penny went for costs in cases that the firm is handling.”

Erika and her husband are also facing a $3 million lawsuit over another allegedly unpaid loan. In the second suit, Thomas is accused of re-directing “all or part of the proceeds” from the loan to “himself and his wife in order to sustain their lavish lifestyle and maintain their glamorous public image.”

Erika has requested the case against her and her husband be sealed from the public.