The Real Housewives of Atlanta star Kenya Moore‘s husband Marc Daly is taking to Instagram to publicly address claims of being slammed with a massive tax lien.

After news broke of the Atlanta housewife’s husband Marc getting hit with a sizeable tax lien, he chose to clear up some things on his restaurant Soco Brooklyn’s Instagram page.

“There was some unfortunate reporting today which was published before we had a chance to correct the record,” Marc’s post stated. “The full story is there had been a $100,000 tax assessment based on incorrect information. We diligently addressed the issues through our accountants who advised that a good portion of the matter is already resolved, a full resolution will come soon, and instead of having a liability Mr Daly. will will actually be receiving a refund. Thank you all for your concern. Misinformation travels so fast!” 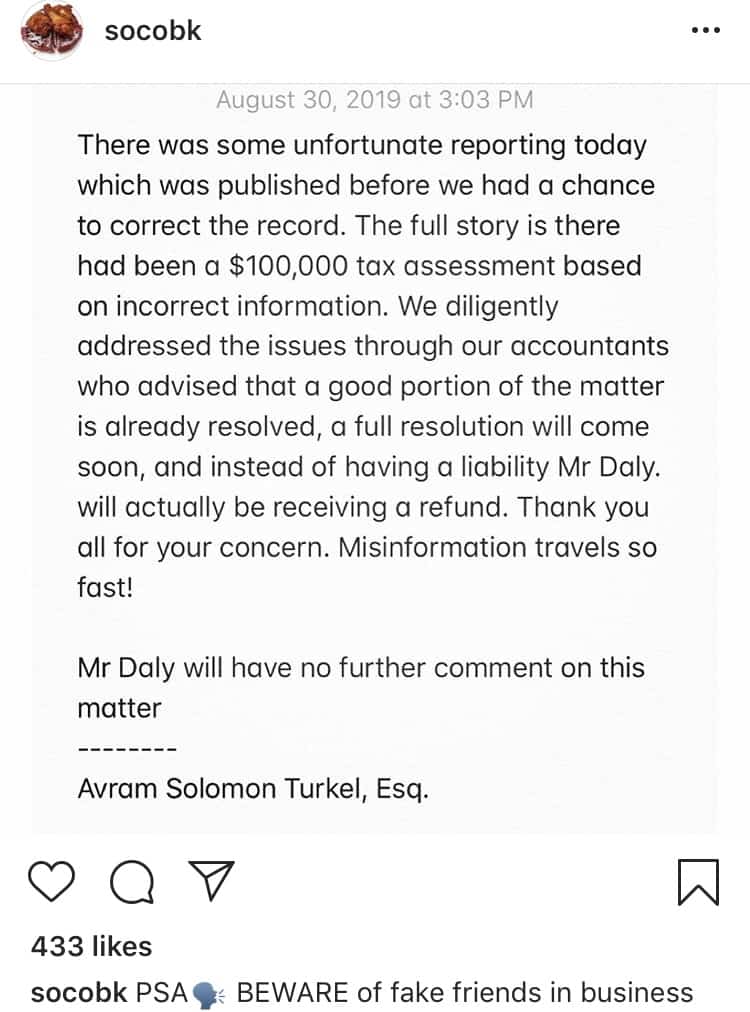 As reported by Radar Online, the reality star’s hubby was hit with a $111,205 federal tax lien by the New York City Department of Finance on May 23, 2019. According to them, the amount was still outstanding as of August 29.

This news comes just after Radar claimed that Kenya returned to RHOA with a $1 million-dollar pay cut after having being let go for not being forthcoming about her marriage to Marc, a Brooklyn restauranteur, on the show in season 10.

According to a source who’s friends with the Bravo star, Kenya allegedly accepted $500,000 to return in a “friend” role in season 12, which is significantly less than the $1.5 million she was getting per season when she was on the regular cast.

The opinionated reality star and her husband share a baby girl, Brooklyn Daly, who she says was named after the place where she and Marc fell in love.