Thomas Ravenel is speaking out for the first time after pleading guilty to charges of assault.

Just days after the former Southern Charm cast member received a 30-day suspended sentence and a $500 fine for third-degree assault and battery, he took to Twitter. There, he bashed a fan as he spoke about truth and lies before reacting to criticism from his online audience.

In his first tweet on September 12, Thomas shared a meme, which read, “The man who fears no truth has nothing to fear from lies.” 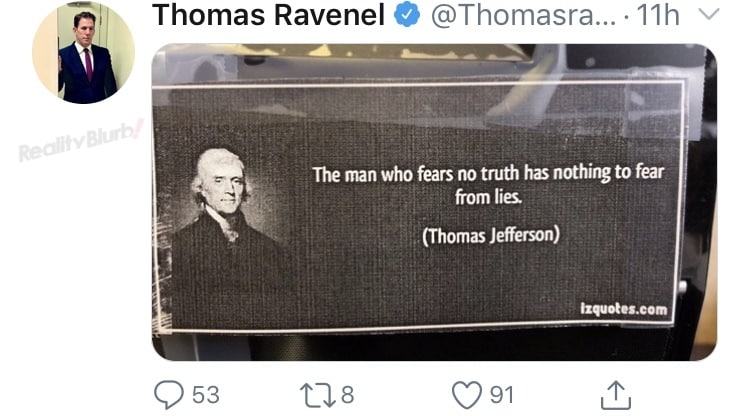 As fans will recall, Thomas was arrested last September after being accused of assaulting his former nanny, Dawn, in 2015. However, while Dawn claimed Thomas sexually assaulted her and submitted photos of the injuries she sustained during the alleged encounter, he was never actually charged with a sexual assault.

Following the posting of his meme, Thomas was confronted by a number of his followers, one of whom asked if he had “paid the judge off.” 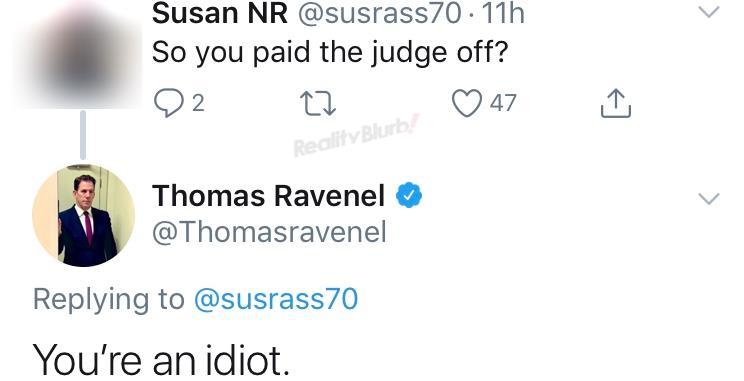 “Just go away,” another person tweeted.

“Or what?” Thomas wondered. 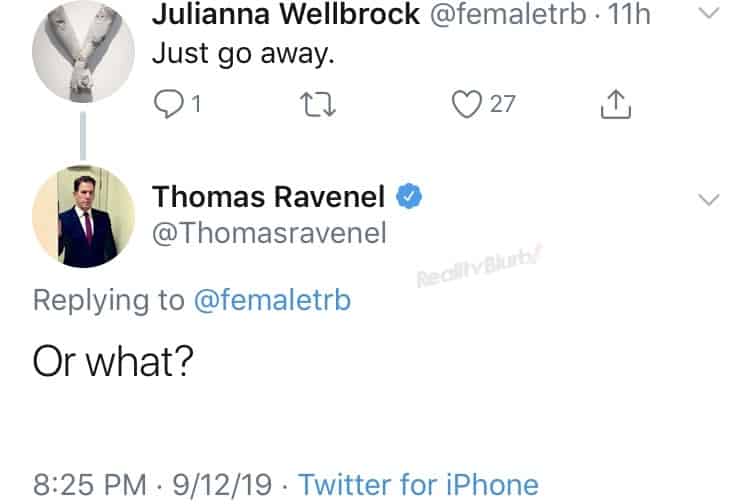 In a statement to the court earlier this week, Thomas admitted he attempted to kiss Dawn and said that in doing so, he grabbed her arm.

“Your honor, on the night of the incident I did attempt to kiss her and in so doing I grabbed her arm and that was wrong, and I am much appreciative of the opportunity to apologize to her in court today,” Thomas said in court.

After learning of Thomas’ statement, one follower wondered if he truly felt that what he did was wrong.

“You admitted that you forced yourself on her, I give you that, but what the hell is wrong with you?” the person asked. “Do you think that is ok to do? No it is not, even if you were inebriated beyond belief.”

The person also said that Thomas’ two kids, five-year-old Kensington and three-year-old Saint Julien, would one day learn about what their father had done.

Still, Thomas appeared unconcerned and seemingly expressed the belief that the example he has set for his children isn’t all that bad.

“Depends on whether they read your version of my statement or my actual statement,” he wrote. 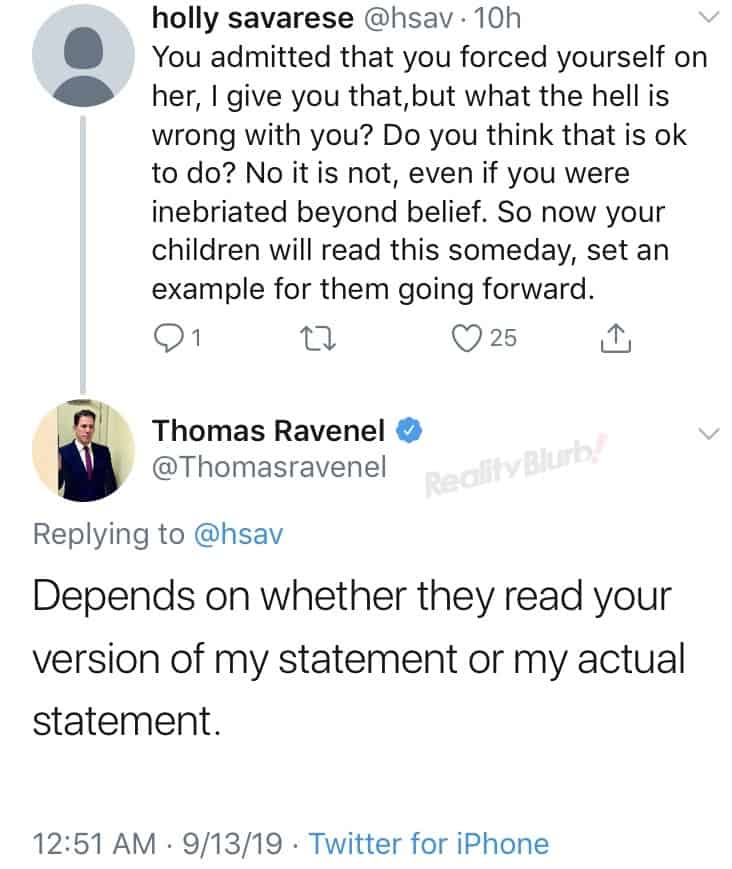