Here’s How Thomas Ravenel’s Accuser Nanny Dawn Feels About Him Avoiding Jail Time After His Guilty Plea for Assaulting Her, Plus is Southern Charm Star Helping Her Lawsuit Against Bravo? 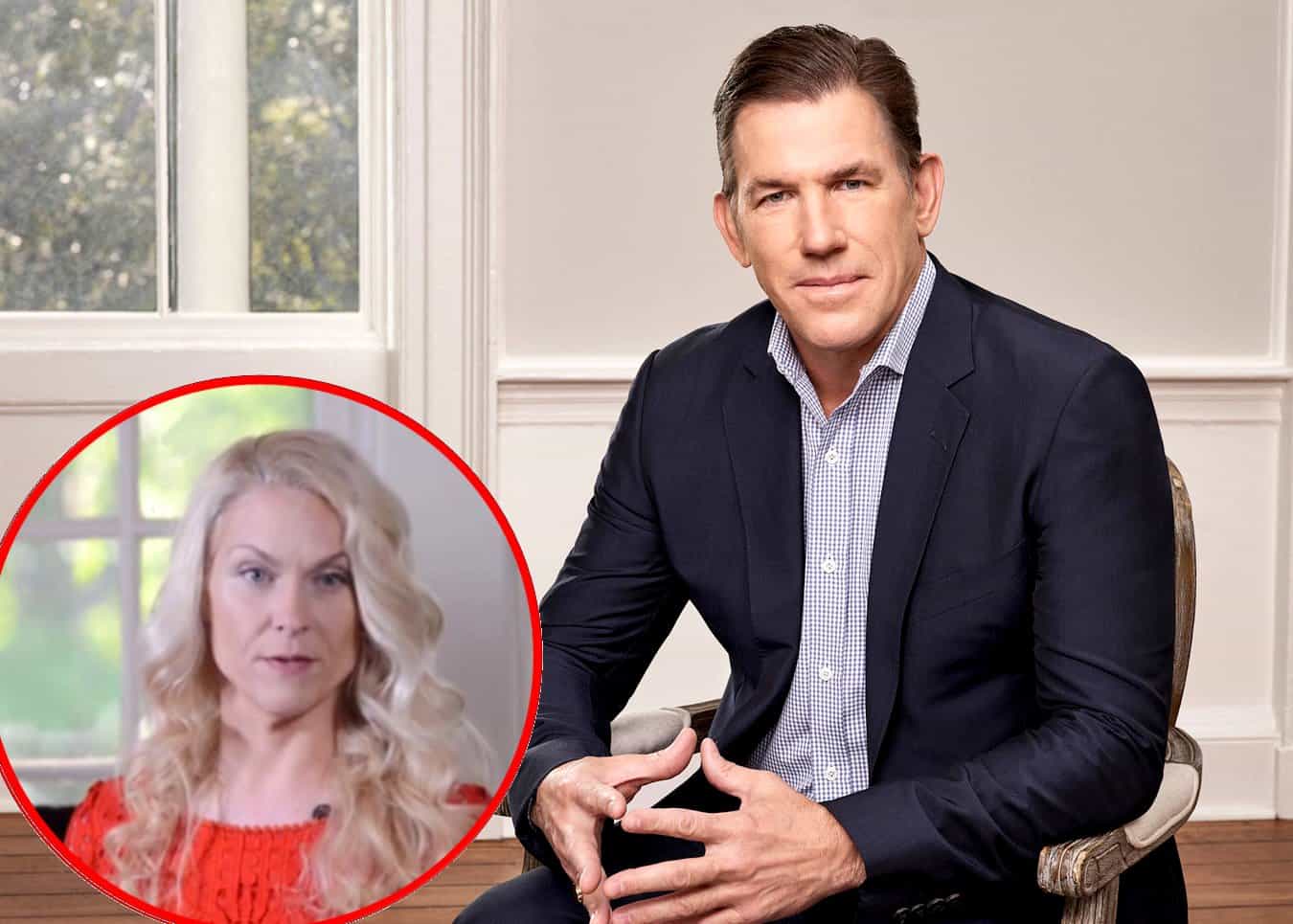 Southern Charm star Thomas Ravenel was able to evade jail time after accepting a reduced plea in the assault case brought against him by his children’s former nanny, Dawn, in 2018. Now a new report is revealing more details about Thomas’ plea deal. Plus, is he helping Dawn in her lawsuit against the Bravo network?

Although Dawn accused Thomas of sexually assaulting her at his Charleston, South Carolina home in 2015, she ultimately agreed to the plea deal that prosecutors offered Thomas, which allowed him to avoid jail by pleading guilty to third-degree assault and battery. Thomas was then given a 30-day sentence suspended to a fine of $500.

According to a report from Fits News, part of the reason Dawn accepted Thomas’s plea deal is because Thomas also agreed to make a donation in Dawn’s name to People Against Rape, a nonprofit that describes itself as a “sexual assault advocacy program offering free support and services for survivors of sexual assault.”

This donation was important to Dawn, who felt it would help others by funding “important work for victims and survivors of sexual assault.”

In an affidavit signed by Dawn on July 19, 2019, she writes: “While [Thomas’] memory differs in critical ways from my own regarding the incident, I accept Thomas’ apology for his unwarranted physical contact … and I believe him when he says he never intended to sexually assault me.”

As reported last week, Thomas acknowledged assaulting Dawn at his home, but he fell short of calling it sexual assault.

In his affidavit, Thomas writes: “While I reiterate that I have never intentionally sexually assaulted anyone, I … acknowledge that by making an unwelcome advance to Dawn in my home, while she was babysitting my daughter, I behaved improperly and caused her immediate and lasting emotional distress.”

Fits News also pointed out that there were a number of things mentioned in Thomas’ affidavit that were consistent with allegations made by Dawn in her civil case against him, NBC Universal, Comcast, and Haymaker, the production company of Southern Charm. This seems to suggest he may be helping her make her case against the companies.

“Kathryn and I were paid participants in a reality television show, Southern Charm…” Thomas wrote. “Southern Charm producers sought to elicit entertaining story lines in a variety of ways, including encouraging participants to participate in public and private gatherings in which alcohol and other intoxicants were in copious supply. Numerous story lines revolved around the show’s stars, including Kathryn and me, being or appearing to be intoxicated.”

“This was encouraged, not discouraged, by producers,” he added.

Meanwhile, in Dawn’s suit against Bravo, she echoed a similar sentiment stating the defendants “created, permitted and encouraged Southern Charm plot lines that focus on alcohol, sexual encounters, and the concept that male cast members, including (Ravenel), suffer from ‘Peter Pan Syndrome’ and they are the ‘Lost Boys’ and Charleston (S.C.) is their ‘Neverland.’”

She also accused the network of not properly investigating the sexual assault claims made against Thomas.

In addition, Dawn also acknowledged in her affidavit that it was actually Thomas’ ex-girlfriend, Kathryn Dennis, and her friends who convinced her to come forward with her accusations against Thomas. If you recall, Thomas had previously accused Kathryn of being in cahoots with Dawn amid their ongoing custody battle. However, with his recent guilty plea to assault, it’s unlikely he will be able to continue to make that claim against Kathryn since Dawn’s assault claim ended up being valid.

Thomas was let go from Southern Charm last year after being arrested in connection to Dawn’s allegations against him. Months later, he filed a lawsuit against Bravo asking that they do not include his children on the show any longer.