Home Real Housewives of Orange County News RHOC Star Emily Simpson Reveals Where She Stands With Tamra Judge and Shannon Beador, Plus She Talks Division Among the Cast

RHOC Star Emily Simpson Reveals Where She Stands With Tamra Judge and Shannon Beador, Plus She Talks Division Among the Cast 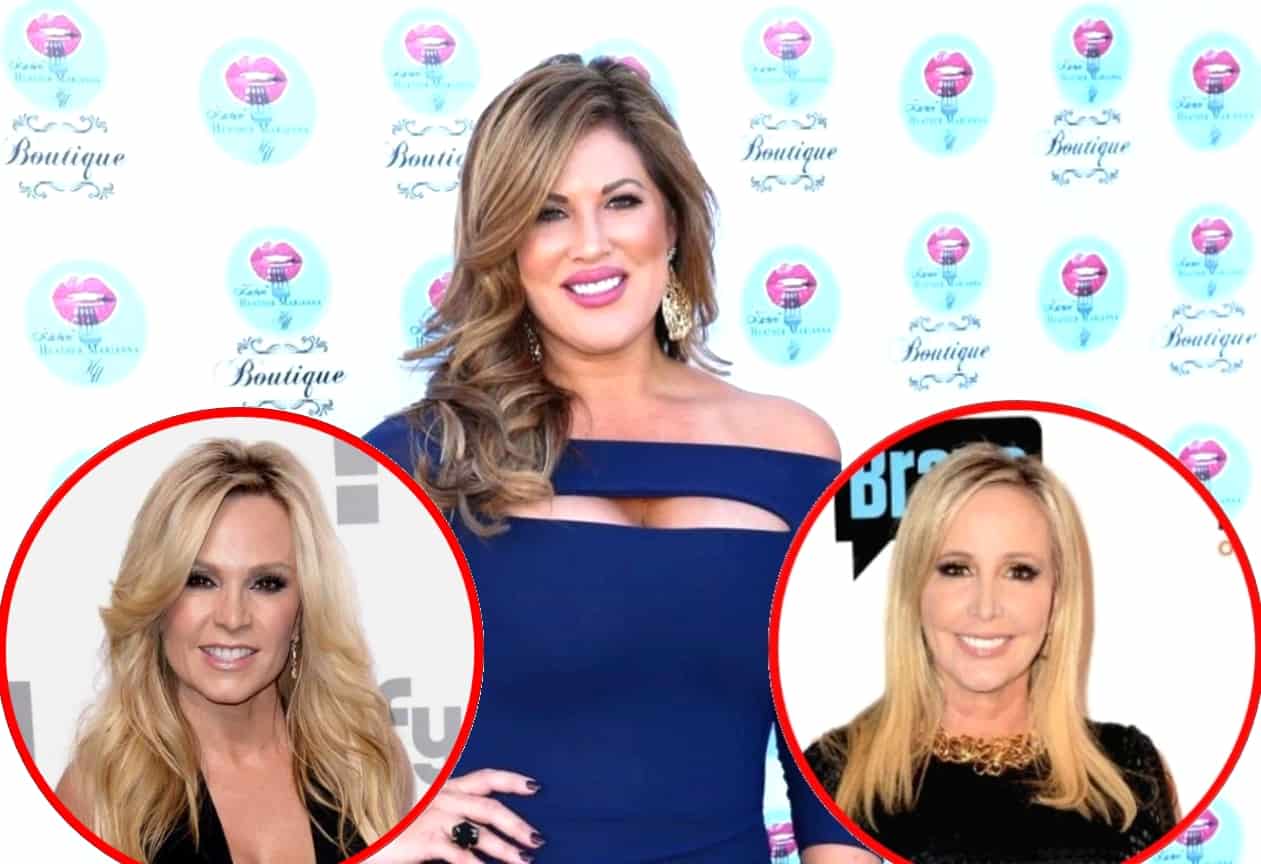 Emily Simpson is opening up about her current relationships with Tamra Judge and Shannon Beador.

Amid the 14th season of The Real Housewives of Orange County, Emily spoke out about where she stands with Tamra, who was the only cast member she knew before joining the show, and Shannon, who has been known to keep her distance from new cast members.

“I don’t have anything against Tamra at all. I mean, she and I are fine throughout the rest of the season. We bond a little bit over health and trying to get back in shape and things like that,” Emily admitted to TooFab on September 8.

While Emily and Tamra’s relationship is at least civil, Emily said she wasn’t able to make any progress when it came to her relationship with Shannon during season 14.

“I don’t think Shannon and I ever have any kind of conflict the rest of this season, but we definitely don’t have any bonding either,” she explained.

According to Emily, she’s made an effort to get to know Shannon, but because Shannon has refused to make any effort with her, they’ve gotten nowhere.

“It needs to be reciprocated. The other person needs to be engaged and ask questions about me and my life,” Emily explained.

As for Emily’s thoughts on the cast as a whole, she noted the division between two groups. As fans have seen, Tamra and Shannon have gotten quite close to Vicki Gunvalson, while Emily has been closer to Kelly Dodd and Gina Kirschenheiter.

“I just feel that there’s such a division in the cast right now that I’m kind of on Team Kelly,” she added. “There isn’t really much of a crossover between those two groups, which is sad because it would be more fun I think if it was more inclusive.”

Emily also took to Twitter this week as the latest episode of the RHOC aired, and she threw a bit of light shade towards Shannon’s way.

“Shannon calling me an “a–hole” means that she has now come to terms with the fact that I am a human being and that I exist and that I breathe air. Progress. #winning #rhoc,” tweeted the attorney.

Shannon calling me an “asshole” means that she has now come to terms with the fact that I am a human being and that I exist and that I breathe air. Progress. #winning #rhoc