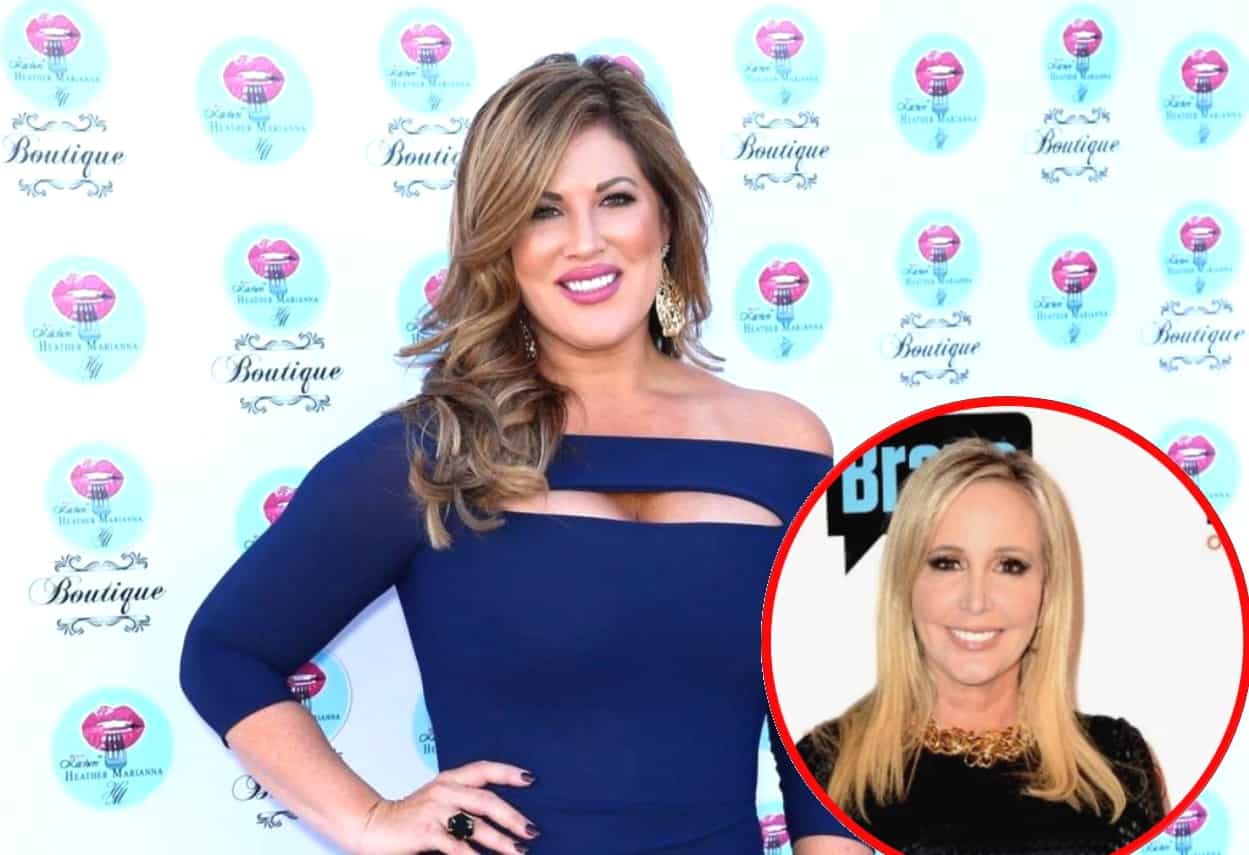 The Real Housewives of Orange County star Emily Simpson reveals where she stands with Shannon Beador after their misunderstanding in this week’s episode. The attorney claims that Shannon and some of her other cast members are unable to show compassion.

When Emily first appeared on RHOC back in season 13, she and her costar Shannon never managed to hit it off. And in season 14, the tension between the two has grown even stronger.

In last week’s episode, fans learned that Jeff Lewis, a fellow Bravo star and close friend of Shannon’s, said some unsavory things about Emily on his podcast, Jeff Lewis Live. He alleged that these things were told to him by Shannon herself. In response, Emily angrily attacked the divorcée’s recent successes in a tweet just one day before the entire cast spent the day filming in Beverly Hills.

While the tweet was simply a visceral reaction Emily had to the podcast, the Orange County housewife insists she believes women should empower each other.

“Let’s get one thing straight: I wholeheartedly believe in women empowerment,” the attorney dished in an interview with Bravo’s The Daily Dish. “As women we should be kind and encouraging to one another.”

“With that being said, I also believe that women empowerment is a RECIPROCAL process. I will celebrate women who are deserved of such, but I won’t kiss someone’s rear who continuously acts as if I am not good enough to breathe the same air, who has NEVER once asked me a question about myself, has blocked me on social media, and who won’t even bother to respond to a text when I reach out to genuinely apologize,” Emily continued.

When Emily initially tweeted about Shannon, she took Jeff’s words at face value. Shannon later explained to Emily on-camera that she didn’t say anything bad about her or their costar Gina Kirschenheiter on the show, contrary to what was said on the podcast.

While Emily seemed like she believed Shannon on the show, she revealed in the interview that she still thinks the 55-year-old said “derogatory things” about her and Gina to Jeff privately.

“I apologized to Shannon genuinely in Beverly Hills because I recognized that I relied on information given to me in haste,” she explained. “I didn’t fact check. I simply reacted because I was tired of constantly being snubbed by her.”

But while the two bickering housewives appeared to have somewhat moved on from the misunderstanding on their Beverly Hills trip, Emily issued a second apology to Shannon via text the following day.

“I got ZERO response. [Shannon] made the choice not to respond or acknowledge my efforts,” the mother-of-three divulged. “This would have been her opportunity to exhibit some compassion and kindness and accept my apology with a response so that we could move forward. However, she chose to snub me. Again.”

This isn’t the first time Emily has accused Shannon of snubbing her. Last year, Emily revealed that Shannon completed ignored her and Gina when they ran into her while eating at The Quiet Woman in Orange County.

In the same episode, some of the cast members questioned why Emily wouldn’t open up to them, mainly regarding her seemingly troubled marriage.

“Why would I open up to these women and share my personal life and struggles with them? They spread vicious rumors about Kelly [Dodd] with complete disregard for how it will affect her life or daughter. They snub me. They exhibit zero compassion when I’m upset. They talk about me behind my back, but then I’m an ‘a–hole’ because I don’t share personal things with them,” the Orange County housewife said of the cast.

Keep up with all the drama on Real Housewives of Orange County every Tuesday at 9 P.M. on Bravo TV.