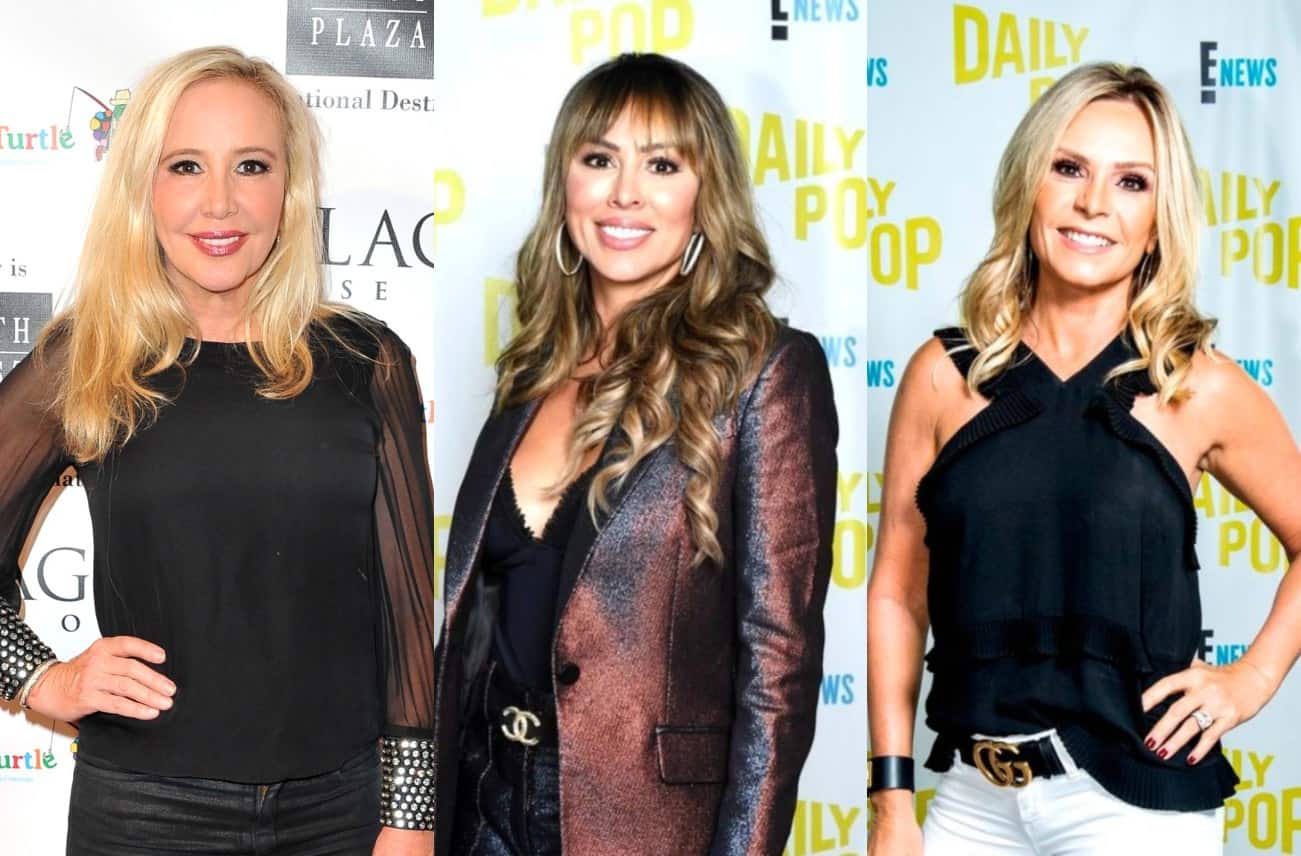 Shannon Beador isn’t okay with fans downplaying what went down between her and Kelly Dodd during last week’s episode of The Real Housewives of Orange County.

On Instagram, after Vicki Gunvalson accused Kelly of assault after watching her hit Shannon on the head with a mallet, Shannon and her other co-star, Tamra Judge, reacted to questions about her injury as Tamra shockingly revealed that Kelly’s violence on the show isn’t over.

“Do [you] ever think your vision was blurry because you took your contacts out? And maybe it was Tamra getting in your head??” one fan wrote as Shannon teased the upcoming episode of RHOC.

“Yes it was me being concerned. The stupidity is real,” Tamra replied.

According to Shannon, she is nearsighted, and when her contacts are in, she can’t see up close.

“So I took them out to test my vision. A bit disturbing you think a physical hit is somehow humorous,” she explained.

As RHOC fans may have seen, Kelly suggested on Instagram earlier this week that Shannon had “of course” experienced blurry vision after she hit her because her contacts weren’t in.

“For real though better safe than sorry especially with any potential head injury. You hear stories all the time where people think they’re fine with a little headache and then die,” another fan commented.

“Right!” Tamra agreed. “If I’m a bad friend for being overly cautious… then.”

In the comments section of another Instagram post, Tamra said that the mallet Kelly hit Shannon with was heavy before revealing that Kelly gets physical with someone else during the upcoming episode.

“That mallet was heavy and Kelly was an idiot for ever doing that. Wait until next week when she smacks someone else,“ she teased.

Shannon then said again that while Kelly’s hit to the head may not have looked super serious, it truly hurt.

“I had a very heavy bowl on my head with no padding and was hit with a heavy mallet,” she explained. “I have never had a lump on the top of my head or blurry vision in my life. I was calm throughout the event and simply followed multiple people’s advice to get checked out in the abundance of caution…”