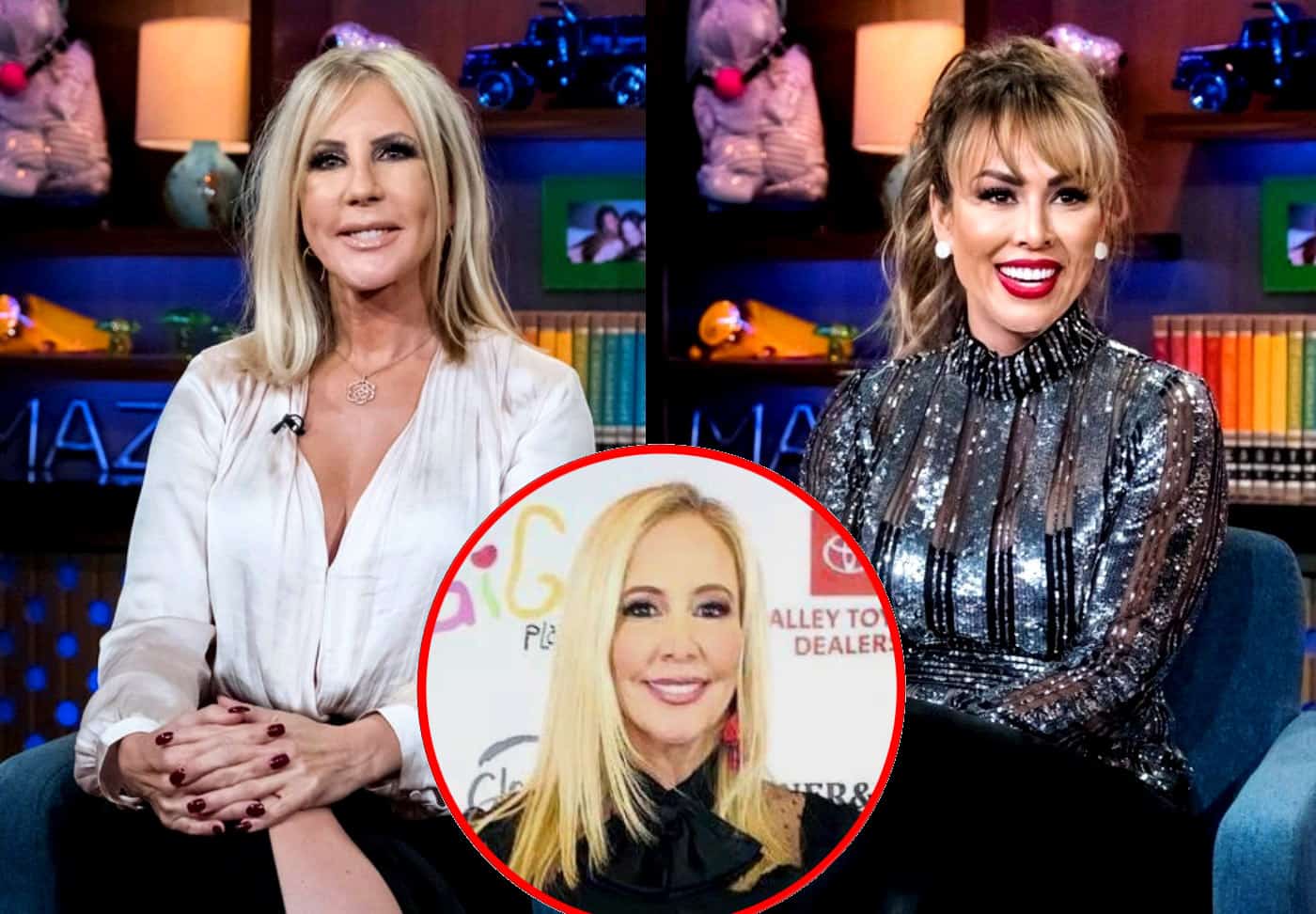 The Real Housewives of Orange County star Vicki Gunvalson is expressing her deep disdain for co-star Kelly Dodd after she whacked Shannon Beador over the head with a mallet at a wellness retreat in Arizona.

If Vicki wasn’t a fan of the 38-year-old housewife before, she’s definitely not a fan now. While Kelly aggressively hitting Shannon over the head during a “relaxing” sound bath exercise may have seemed like a funny idea at the time, she was the only one laughing.

“Kelly thinking she was funny by hitting Shannon on the head is not ok,” the O.G. of the O.C. dished to Radar Online while recalling the incident.

As fans saw on the show, Shannon appeared to have been deeply affected by the hit as she claimed to have developed a bump on her head, a headache, and blurred vision, resulting in a trip to the urgent care.

“Kelly always takes everything too far and how she thought by doing that to her head was ok is beyond me,” Vicki continued to explain in her interview. “I don’t think anyone should get away with assault and battery.”

However, it’s up to Shannon whether or not she wants to press charges on Kelly for assaulting her. And while her “over the top reaction” has been questioned since the episode aired, Shannon insists she suffered deeply from the incident.

“No one has the right to hurt anyone,” the Coto Insurance and Financial Services owner continued. “I’m glad Shannon got checked out to be sure it wasn’t more serious.”

This isn’t the first time Vicki has expressed her disdain for the Positive Beverage owner. During the season 13 reunion, the 57-year-old openly accused Kelly of doing cocaine. Vicki also took part in spreading a rumor that her castmate had been involved in a “train.” Kelly has continued to deny all of these allegations.

But true to form, Kelly sees the mallet situation completely differently than Vicki does.

“Mark my words, [Shannon] will be so pissed off,” Kelly explained on the show after all the drama went down. “I was kidding around with her, I didn’t mean it as malicious, but she’s going to be like, ‘That was not cool. I was trying to get the aura out of my system, and you were here hitting my head and now I have a concussion.’”

And when the Orange County housewife learned that Shannon was headed to the ER, she joked, “I was just trying to put a little ring in the ding. She’s full of crap. She’s a f**king dumba**.”

Tune in to new episodes of Real Housewives of Orange County every Monday at 9 P.M. on Bravo TV.