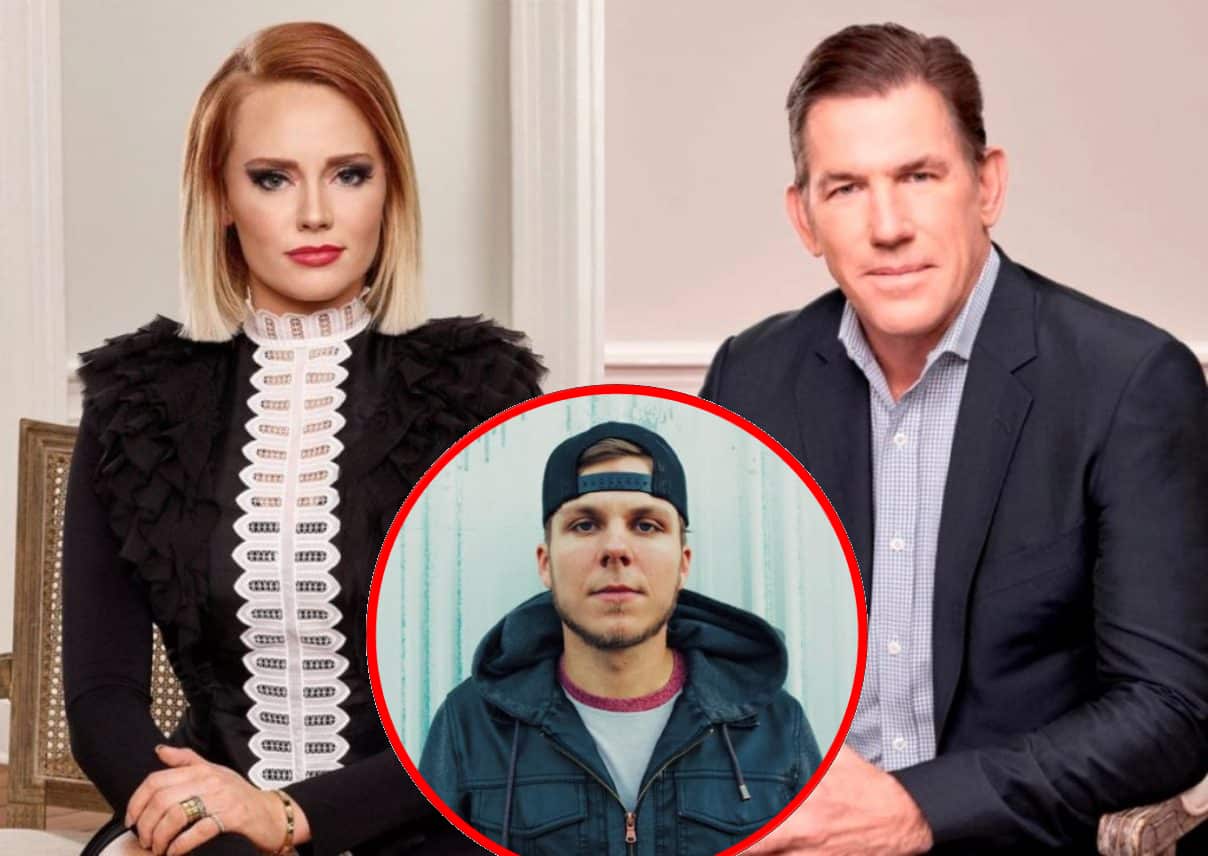 Kathryn Dennis is being accused of violating a custody agreement banning her from allowing her love interests from spending the night when her two kids, five-year-old Kensington and three-year-old Saint Julien, are home, following months of surveillance by ex Thomas Ravenel‘s private investigators.

According to a new report, the Southern Charm cast member was caught on camera hiding her alleged “live-in” ex-boyfriend, Hunter Price, in her car during a home visit from her kids’ court-appointed guardian.

On September 24, the Daily Mail shared video footage taken of Kathryn and Hunter, confirming that Hunter was seen stuffing himself and his belongings into Kathryn’s Jeep on February 20 at 2:30 p.m. and remaining in the vehicle until the guardian left about an hour later.

As the report explained, neither Kathryn nor her ex-boyfriend, Thomas, are allowed to introduce partners of less than four months to their kids. However, Kathryn had Hunter in her home with them just two months into their relationship. She was also allegedly caught allowing her ex-boyfriend, Joseph Abruzzo, a Senator from Florida who she dated for just one month, to spend time in her home with the children months prior.

From September 2018 until June 2019, Thomas enlisted a team of private investigators to follow Kathryn, filming her and photographing her throughout the nine months. He has now submitted the evidence collected, which includes around 40,000 photos and 10,000 videos, to the court.

According to a report from Private Investigator David C. Leaird, who was initially hired by Thomas in 2015, “the patterns of behavior …observed during Kathryn’s custodial time…raise concern for the children’s general welfare.”

“Kathryn was only observed taking a stroll with the children once, on March 7, 2019, from 6.17pm until 7.08pm” and was “accompanied by her live-in boyfriend, Hunter Price,” he wrote in his report.

During their seven-month relationship, which ended in July, Kathryn and Hunter spent the night together on at least 37 of the 56 nights Kathryn had the children. Meanwhile, during Kathryn’s month-long romance with Joseph, he was also observed in her home with the children.

“He was observed through the windows late at night on the first floor of the Downtown Home on both evenings. Candles were observed to be lit,” said the investigator.

It was also noted that both Hunter and Joseph were allegedly left alone with the kids.

“Kathryn Dennis has exhibited poor and erratic behavior detrimental to her children consisting of multiple male friends spending the night with the children, significant drug and alcohol abuse, smoking or vaping in proximity of the children and very little time spent outside her residence interacting with the children,” the investigator continued.

“In the years I have watched these children grow, I can count on one hand how many times she has taken her children on a stroll or to a park,” David added.

David went on to say that Kathryn has appeared to be more concerned with looking like a stellar mother to the public than actually being one.

In response to the allegations against her, Kathryn told the court that the investigators following her were simply not present on the many occasions when she went out with her kids. She also said she doesn’t “earn $1 to $2 million a year” and can’t afford to have Thomas tracked in the way he did to her.

Kathryn and Thomas are due back in court later this year unless they can reach a custody agreement before then.