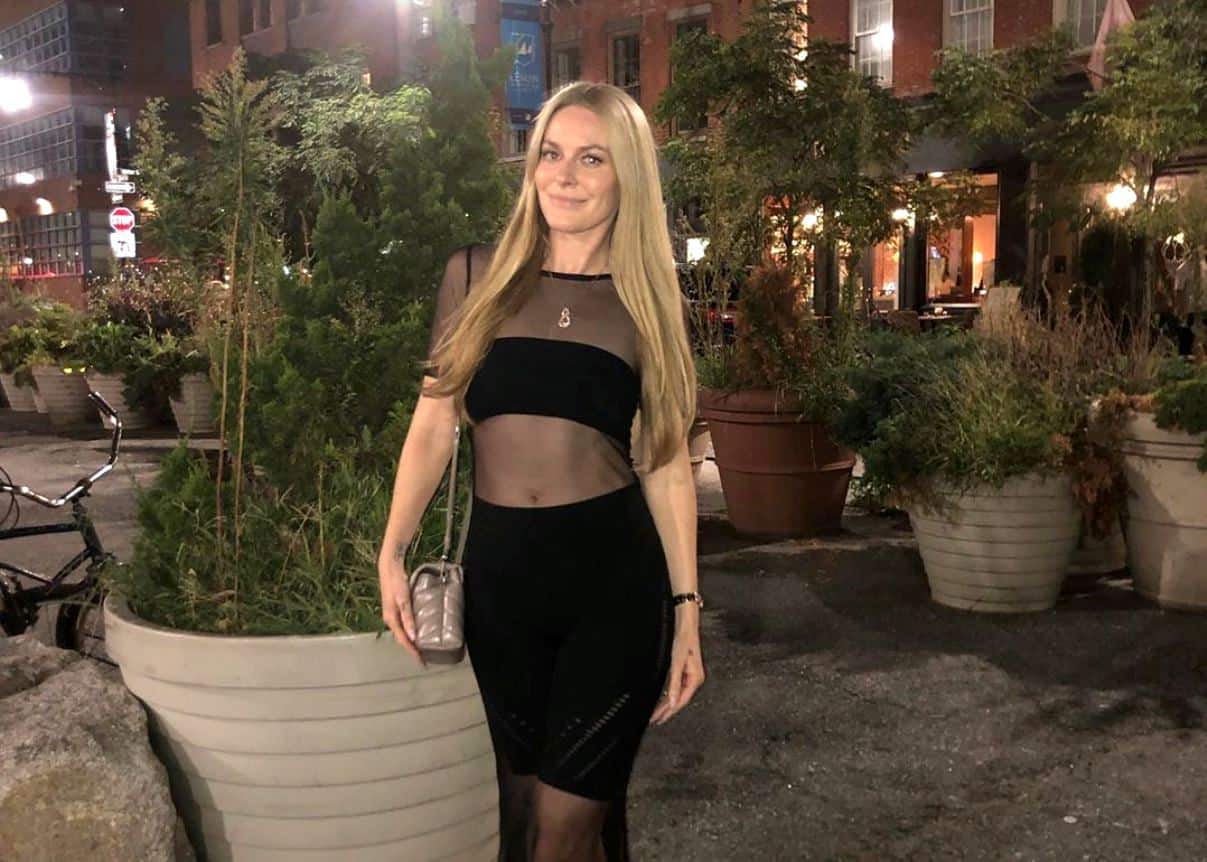 Leah McSweeney filed a lawsuit against the New York City Police Department years ago, accusing their police officers of a shocking beatdown.

In court documents filed in 2004, the Real Housewives of New York City cast member, who was added to the series in August, recalled a night out with her former boyfriend, Daniel Leff, and their friends that had taken place two years prior.

According to a report from Radar Online, Leah said she was attempting to kiss her boyfriend goodbye as they parted ways outside of the Hammerstein Ballroom when she suddenly felt Daniel “being rapidly pulled from her by several individuals, whom she recognized to be uniformed police officers.”

“Plaintiff next saw several police officers pulling, dragging, and repeatedly striking Mr. Leff several feet in front of her,” the court papers claimed. “Plaintiff, who had been holding a small, near-empty or empty plastic water bottle, excitedly hoisted said plastic bottle in the air… [the bottle] landed in the vicinity of the police officers who were assaulting Mr. Leff.”

Leah claimed that during the encounter, one of the police officers lunged at her, striking her face with either his fist or another object, which she revealed caused her to suffer a “fractured tooth, bruises, and contusions.” She also said that three officers spewed profanity at her and made threats of physical force.

“Plaintiff was thereafter physically forced into a patrol car with Mr. Leff, where she was subjected to continual verbal abuse from the Police Officers,” the complaint continued. “She was then taken to a Police Precinct, further reviled, threatened, and humiliated by Superior Officers and Police Officers, fingerprinted, processed as a common criminal, placed in a holding call, and detained for 8-10 hours at a Midtown South precinct.”

Leah was taken to Central Booking after the incident took place and was also questioned at another precinct before being sent to the Bellevue Hospital, where she, “without explanation or reason,” was “handcuffed to a chair in the emergency room of the psychiatric unit for several hours.”

“Upon information and belief, Plaintiff was thereafter arbitrarily, illegally, reprehensibly, with total malice aforethought, charged, under penalties of perjury, in a Misdemeanor Complaint in the Criminal Courts of the City of New York with crimes of Obstructing Governmental Administration and Disorderly Conduct,” her court papers explained.

In her lawsuit, Leah said she suffered “extreme physical and emotional distress” after being “wrongfully confined to a holding cell” and requested $1 million dollars in punitive damages.

Leah, who was spotted filming RHONY with Tinsley Mortimer weeks ago, also requested an additional $3 million dollars in special damages.

In response to the multi-million dollar lawsuit, the NYPD said that “any injuries alleged to have been sustained resulted from Plaintiff’s own culpable or negligent conduct and was not the proximate result of any defendant City.”

The Real Housewives of New York City season 12 will air next year on Bravo TV.