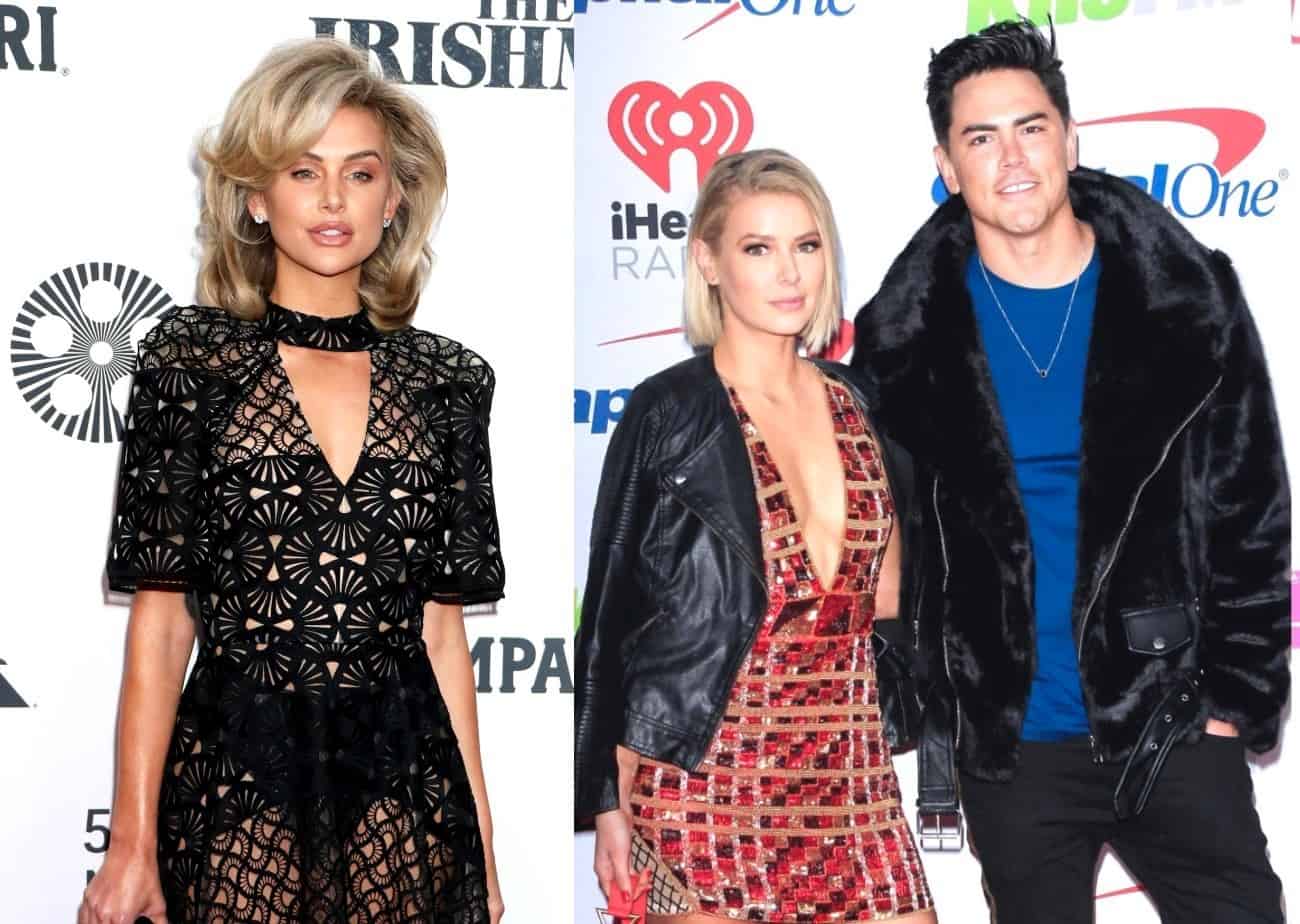 Lala Kent weighed in on the many new homes of her Vanderpump Rules co-stars during a recent interview and revealed which of her castmates had the nicest place.

After a fan wrote in to Watch What Happens Live, wanting to know her opinion on the cast’s recent real estate purchases, Lala applauded Jax Taylor and Brittany Cartwright‘s $1.9 million Los Angeles home while shockingly throwing shade at the $2 million home of Tom Sandoval and Ariana Madix.

“Um, I think Jax and Brittany,” Lala told Andy Cohen when asked about her favorite cast member’s home. “Their whole set up — it’s very homey, their backyard is amazing, I think they got like a stellar house.”

As for Tom and Ariana, Lala, who is pictured above at the September 27 premiere of her fiance Randall Emmett‘s movie, ‘The Irishman,’ wasn’t impressed with the interior of their space.

“I mean Tom and Ariana don’t have furniture,” she explained.

As Pump Rules fans will recall, Tom and Ariana closed on their five-bedroom, five-and-a-half-bathroom farmhouse in February of this year and months later, Tom Schwartz and Katie Maloney bought a four-bedroom, four-and-a-half bathroom Cape Cod-style home for $1.925 million in the same area of Valley Village.

Also wanting to stay close to their friend group were Jax and Brittany, who snagged their five-bedroom, five-and-three-quarters bathroom property nearby just weeks later.

Below are several photos of Jax and Brittany’s home.

Outside of the kitchen, a family room with built-in cabinetry and pocket glass doors open up to the backyard.

Inside the home, on the main floor, a gourmet kitchen can be found with a large island, an eating area, and a pantry. The room also has bar seating, stainless-steel appliances, and a butler’s pantry with a wine refrigerator.

Below are a few photos of Tom and Ariana’s gorgeous home. You can click here to see all the home pictures.

Scheana Marie also owns a home in Palm Springs, California, which she purchased this past spring.