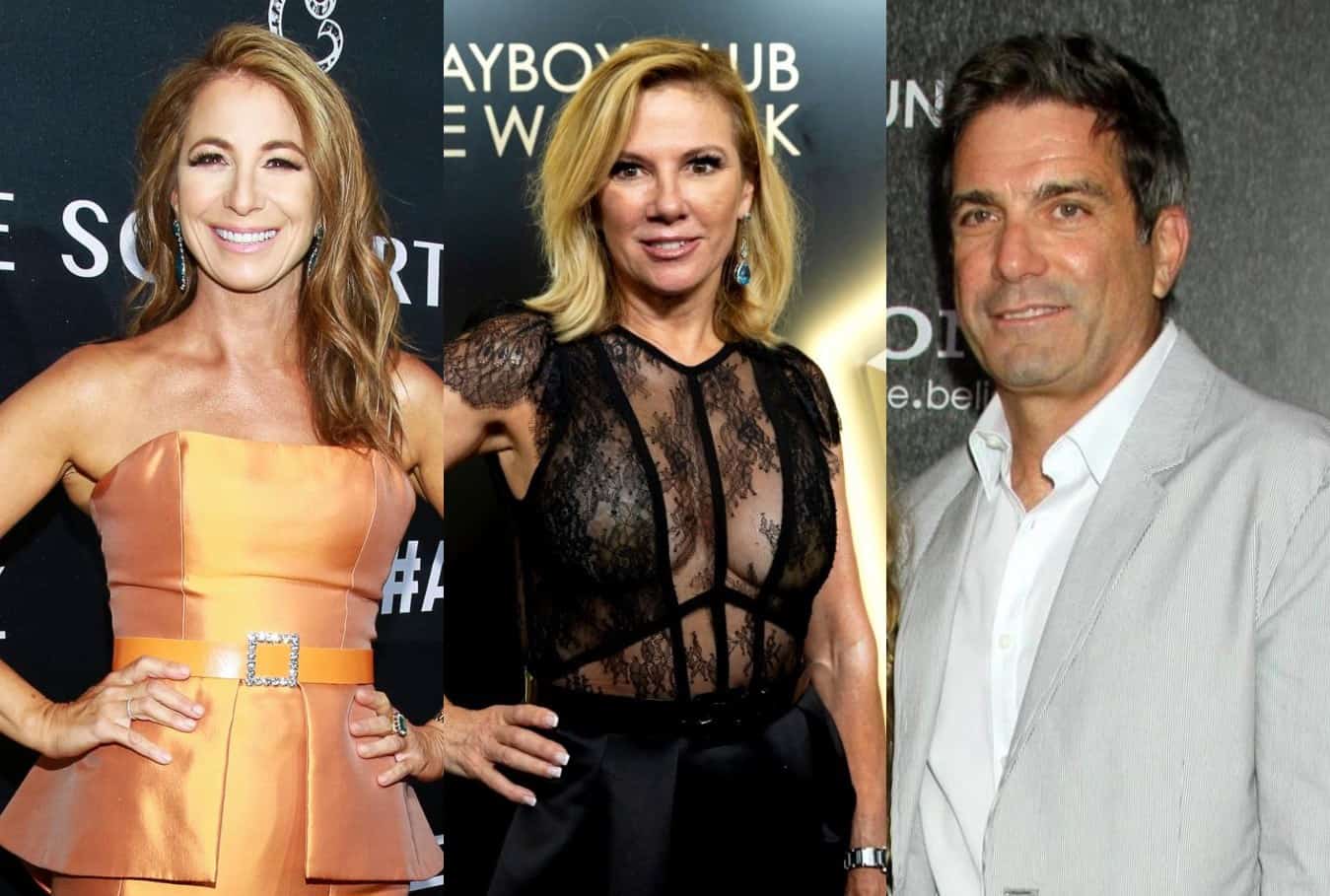 Jill Zarin is opening up about an alleged physical altercation she had with Ramona Singer‘s ex-husband, Mario Singer, at a party in The Hamptons in June 2011, as she also reveals the real reason she believes Ramona divorced Mario despite the fact that he was having an affair.

Years after rumors began swirling in regard to their alleged encounter, which is believed to have taken place as the fourth season of The Real Housewives of New York City aired on Bravo TV, Jill opened up about what happened between her and Mario during an appearance on Sirius XM show Jeff Lewis Live on Thursday.

“He can be kind of mean,” Jill told the host and former Flipping Out cast member Jeff Lewis. “Not only that, he pushed me once. He didn’t hurt me but he pushed me.”

According to Jill, her angry interaction with Mario was sparked by some negative comments she had made to the press about his then-wife.

“So, we’re in line [for food], Bobby’s at the bar as usual,” recalled Jill. “Mario comes over to me and he puts his hands on me and pushes me. And he says, ‘I don’t like the way you talk about Ramona.'”

After being confronted, Jill quickly called for her then-husband, the late Bobby Zarin.

“And he went over to Mario. I didn’t hear it. I wasn’t there but I assume he said to Mario, ‘You better leave Jill alone,’ and [Mario] did,” she stated.

“I thought about calling the police. He probably had something to drink,” Jill added. “He literally put his hands on me and pushed me out of the line.”

A rep for Ramona and Mario however insisted to PEOPLE that Mario was “not abusive” towards Jill and that her claims are “ridiculous.” Jill however stated that she had witnesses, who just so happened to be producers of the Oprah show, that saw the encounter go down.

“They all witnessed it,” Jill explained. “They were there.”

And when the topic of Mario’s infamous affair was brought up, which ultimately led to Ramona filing for divorce, Jill also recalled another bombshell as she alleged that Mario getting his mistress pregnant was actually the last straw for Ramona.

“Did he have a baby? I know he got a girl pregnant,” said Jill to a shocked Jeff.  “You didn’t know? That’s why they broke up… It’s not breaking news. It was on Page Six.”

Jill is indeed right as back in 2013, Page Six did a story about Mario’s affair, and in the report, they stated that multiple sources alleged Mario had knocked up his mistress. It’s however unknown of what became of this alleged pregnancy as Mario and his mistress were still together as of August 2018, despite a domestic disturbance call was made to cops after Mario allegedly caught his mistress cheating early last year, and a baby has never been in the picture.

Despite Jill’s claims, Ramona and Mario’s rep insisted that the former couple has a “great relationship” currently and added that Ramona and Jill are also friends.

Just months ago, the RHONY stars were spotted spending Labor Day together with their kids, daughters Avery and Allyson, in Southampton, New York.

“Our girls are all grown up!! Oh how time flies by!” Jill wrote on Instagram.

Our girls are all grown up!! Oh how time flies by! #mothersanddaughters 🧡