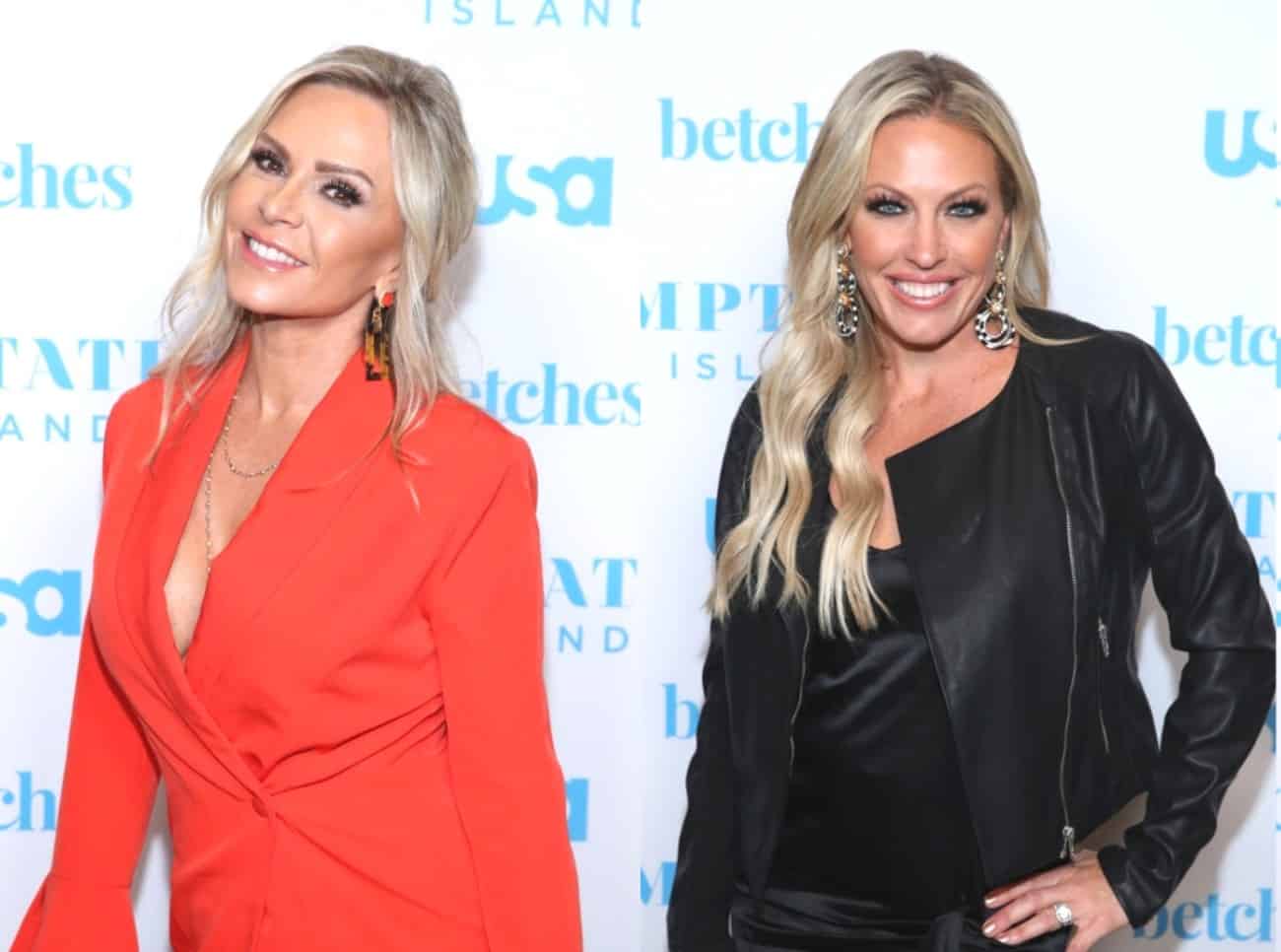 Tamra Judge claims Braunwyn Windham-Burke was the aggressor when it came to their recent make-out session on The Real Housewives of Orange County.

After being called out for her steamy encounter with her newest co-star on Instagram by a fan who suggested she was an embarrassment to her children, Tamra fought back by saying Braunwyn took advantage of her as Braunwyn told her side of the story during an After Show taping with Shannon Beador.

“When [Tamra] and [Braunwyn] were on top of each other making out in the restaurant I was embarrassed for their kids for sure,” a fan wrote on Instagram.

“Not true. I was passing out. She jumped on me,” Tamra explained.

On the RHOC: After Show, Braunwyn chatted about her and Tamra’s behavior during Tuesday night’s show.

“That was like a PG-13 kiss,” Braunwyn told Shannon of her and Tamra’s dinner table kiss. “But the banquette, we started to get to some R sh*t.”

According to Braunwyn, who joined the RHOC cast earlier this year, she didn’t think that anyone saw her straddling Tamra.

“I thought no one could see us because we were behind that table and I’m like, ‘No one’s gonna notice.’ And then I look up and the camera’s literally right there,” she explained.

“Okay, when you’re mic’d and you whisper, they hear it,” Shannon replied.

“I really thought no one would notice!” Braunwyn insisted.

During another scene from the RHOC: After Show, Gina Kirschenheiter and Emily Simpson agreed with Kelly Dodd, who slammed Braunwyn for “trying too hard.”

“I can never really tell if Braunwyn‘s trying to kiss her face or kiss her a** more,” Gina said. “It’s a little confusing for me.”

“I think Braunwyn would do anything for the other women to like her. So if that means making out with Tamra, then that’s what she’s gonna do,” Emily added.