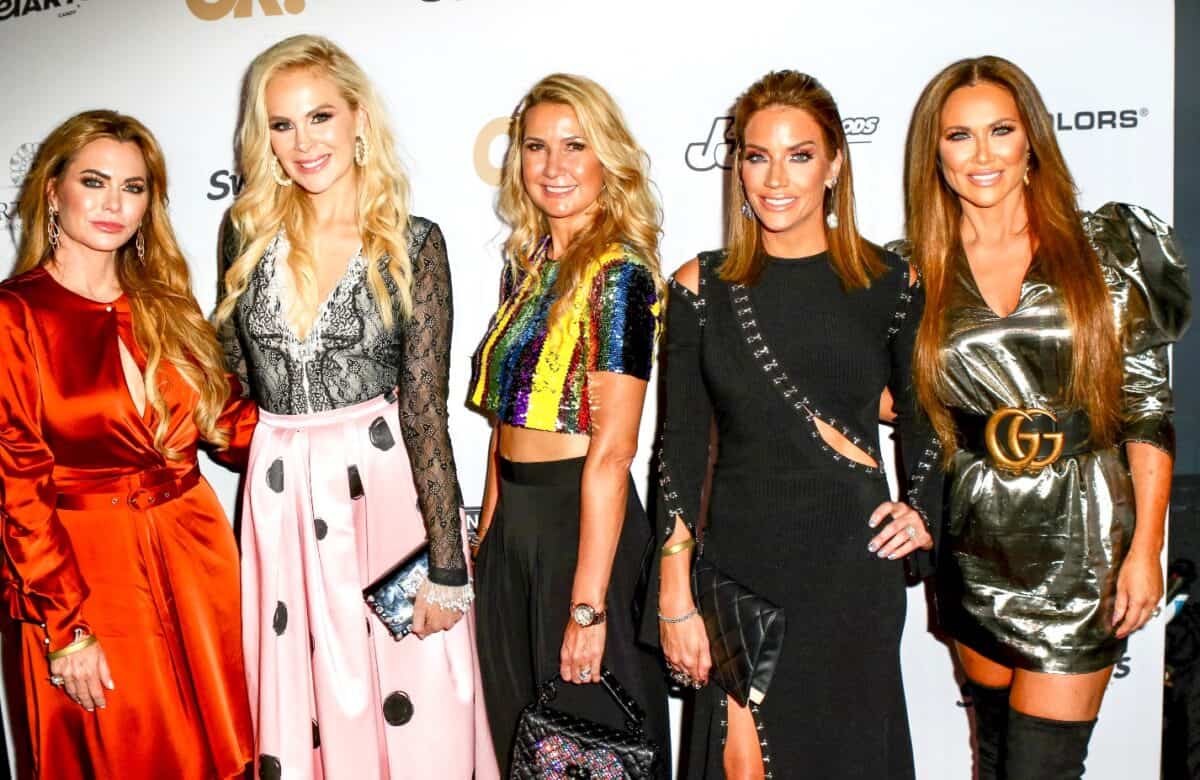 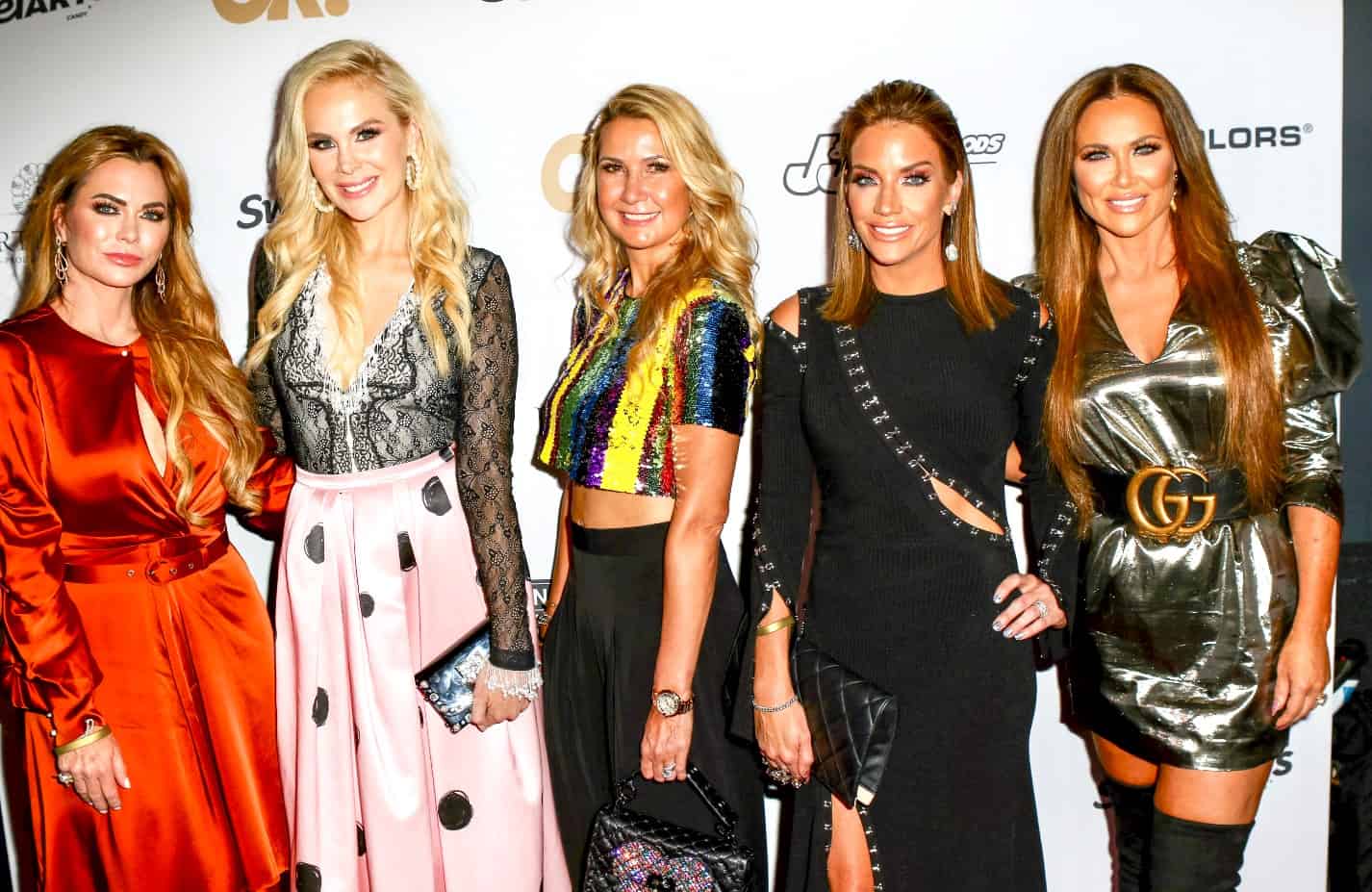 LeeAnne Locken is feeling lucky after she and her family were left unharmed by a powerful tornado that touched down in her North Dallas neighborhood of Preston Hollow on Sunday evening.

Following the storm, LeeAnne and several of her Real Housewives of Dallas co-stars, as well as former cast member Tiffany Hendra, took to their social media pages, where they shared videos and photos taken during and after the storm.

“My neighbored is DESTROYED!! All this destruction is a block away from me!!” LeeAnne wrote in the caption of an Instagram post, which featured a series of videos of the damage done to her neighbor’s homes.

“Hillcrest is SHUT DOWN between Royal & Meadow because power lines are about to fall in the street. STAY HOME!!!” she advised. “So many of my neighbors homes are destroyed. Rich and I are spending our day making sure everyone has food & water .. PLEASE DON’T DRIVE IN OUR NEIGHBORHOOD. .. Nails, roofing, bricks & trees are blocking almost every street. We have no power & my aol phone service is going in and out.”

PLEASE 🙏🏻PRAY 🙏🏻🙏🏻🙏🏻🙏🏻 .. My neighbored is DESTROYED!! All this destruction is a block away from me!! 😰 .. Hillcrest is SHUT DOWN between Royal & Meadow because power lines are about to fall in the street. STAY HOME!!! So many of my neighbors homes are destroyed. Rich and I are spending our day making sure everyone has food & water 💧 .. PLEASE DONT DRIVE IN OUR NEIGHBORHOOD 🙏🏻💔 .. Nails, roofing, bricks 🧱 & trees 🌳 are blocking almost every street. We have no power & my aol phone service is going in and out 😭 I ask that you all send prayers for #PrestonHollow 💔

While several homes in LeeAnne’s neighborhood suffered major damage, she told her fans and followers on Twitter that the home she shares with husband Rich Emberlin is “fine for now.”

Thankfully our house is fine for now. Even our next door neighbors weren’t as lucky 🙏🏻 #PrayforPrestonHollow

Stephanie Hollman sent her well-wishes to those affected by the tornado on her Instagram page with a family photo of herself, husband Travis Hollman, and their two kids. Then, she assured her Twitter audience that her family is safe after a “crazy night.”

The secret to having it all is realizing you already do. To all my Friends that we’re affected by last nights tornadoes, you are in my thoughts and prayers. Sending you all so much love tonight ❤️

We are safe! Such a crazy night!

All is good. Praying for everyone else 🙏💙

You’re the sweetest. I am fine. Just had my dogs underneath the stairs with me. We are so blessed to be okay. ❤️

No thank God 🙏 thank you for asking 💖💖

On Instagram, Kameron Westcott shared a selfie and told her followers she was looking into ways to help the victims of the storm.

Wishing everyone a magical ✨ Monday! Thoughts and prayers for everyone affected in Dallas by the storms yesterday 💞 If you haven’t heard… multiple tornados caused a lot of damage in the area last night – #dallastornado. Finding out what we can do to help this afternoon!! Hopefully will have an update on how to help later today or tomorrow. #rhod #dallas #dallastexas

Part-time cast member Cary Deuber chronicled her experiences with the tornado in a series of video clips on Twitter before confirming that she and her family are safe on both Instagram and Twitter.

Thankful to be safe and sound after last night’s storm & tornado touchdown. (Swipe •• to see last night & this morning) So glad to hear from so many of you all who checked in on us in Dallas ✨💕💖💕✨ Thank you for the love!! #blessed

Former cast member Tiffany also spoke of Sunday night’s tornado on her Twitter page after the storm had passed.

Tornado has passed us. Stay safe Dallas. That was wild🌪