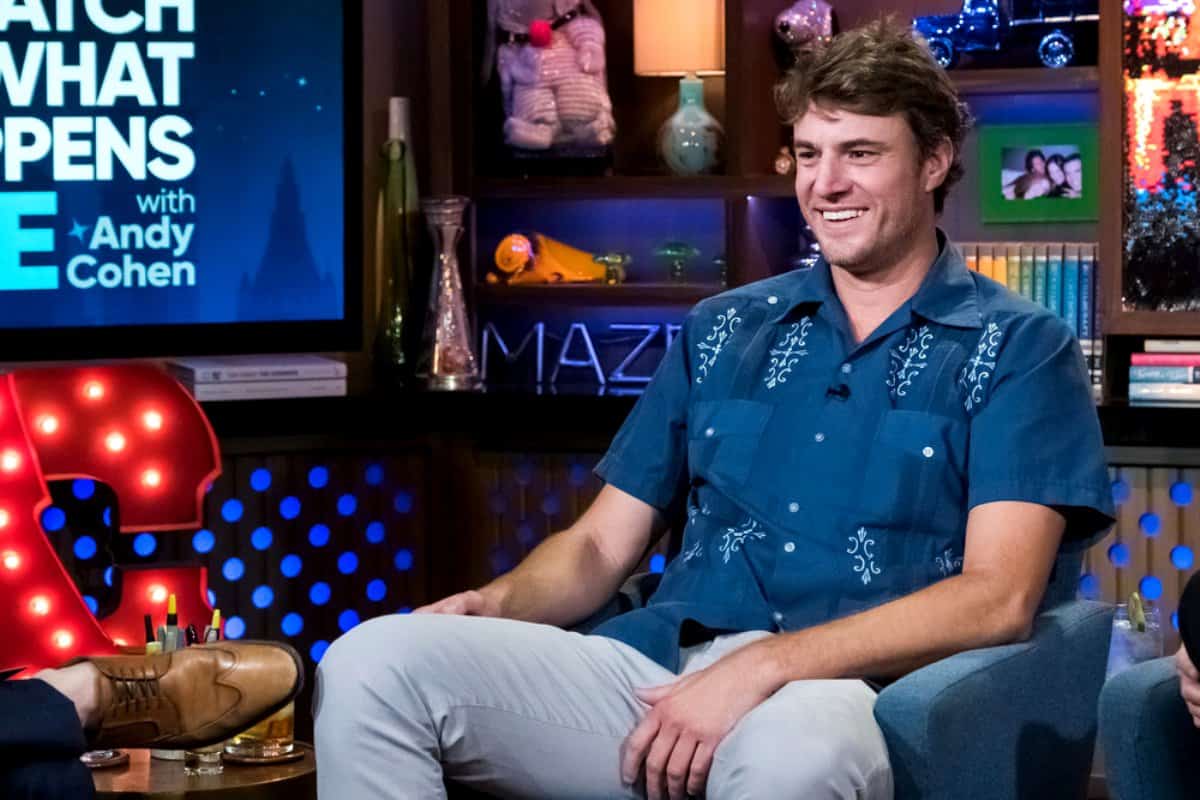 Shep Rose revealed some disheartening news about the future of Southern Charm while appearing on The Ross Bolen Podcast.

During the episode, Shep opened up about the uncertain future of the Bravo TV reality series, which is typically filmed in the fall, before revealing how he got cast on the show, explaining why he quit his podcast, and sharing what he’s been up to since fans last saw him on season six.

“I don’t know if we’re doing another season. But, we aren’t doing one now,” he confirmed during the podcast interview from earlier this month.

According to Shep, he believes the network would like to see the cast reunite for a new season, but as of yet, it hasn’t happened.

“If I had a gun to my head, I’d say they want us to do another season. The ratings, I think, are pretty good,” he explained.

Shep was first paired with his Southern Charm co-stars in 2014 after meeting Whitney Sudler-Smith at a bar in Charleston, South Carolina.

“He was putting together a TV show with the help of some other people. We met and got along really famously,” Shep recalled, adding that Whitney hoped to “show an aspect of the South that not many know about.”

“There sort of is, or was, a reputation of [having a] Honey Boo-Boo [vibe]. He wanted to show that the South is a little more sophisticated and there were some really interesting, colorful characters in the South,” he explained. “One thing leads to another and here we are sitting here talking about it. No one knew what it was going to be.”

While starring on Southern Charm, Shep attempted to maximize his exposure to the masses by launching his own podcast, Enough About Me. But ultimately, after feeling like he was under too much pressure, he decided to call it quits.

“I unceremoniously, but not contentiously, stopped,” Shep explained. “I’m not going to name any names but I was spending a lot of time trying to wrangle people to come talk to me and I was like, ‘What am I doing? This isn’t what I want.’ Everything is on my shoulders and I have to depend on other people.”

Since wrapping production on Southern Charm season six nearly a year ago, Shep has been focusing on his clothing line, Shep Gear, which includes T-shirts and hats.

“That takes up a decent amount of time. It does really well. I’m stoked on it,” Shep shared. “I’ve got one T-shirt I’m about to get made. Remember Something About Mary, the old man that’s dating Magda to get to Mary and he has a shirt that says ‘Dance Contest Winner’? I’m making a ‘Dance Contest Winner’ T-shirt and I’ve got some other stuff. I’ve got one that says, ‘Tan Fat = Muscle,’ and a bunch of cool hats.”

In addition to his career aspirations, Shep has been sending aid to The Bahamas after the islands were ravaged by Hurricane Dorian at the end of August.

“I’ve raised over $25,000 for the Abacos. Now, I don’t have a specific charity because I haven’t gotten that far but I’d like to ask everybody to think about those people down there. They got demolished,” Shep explained.