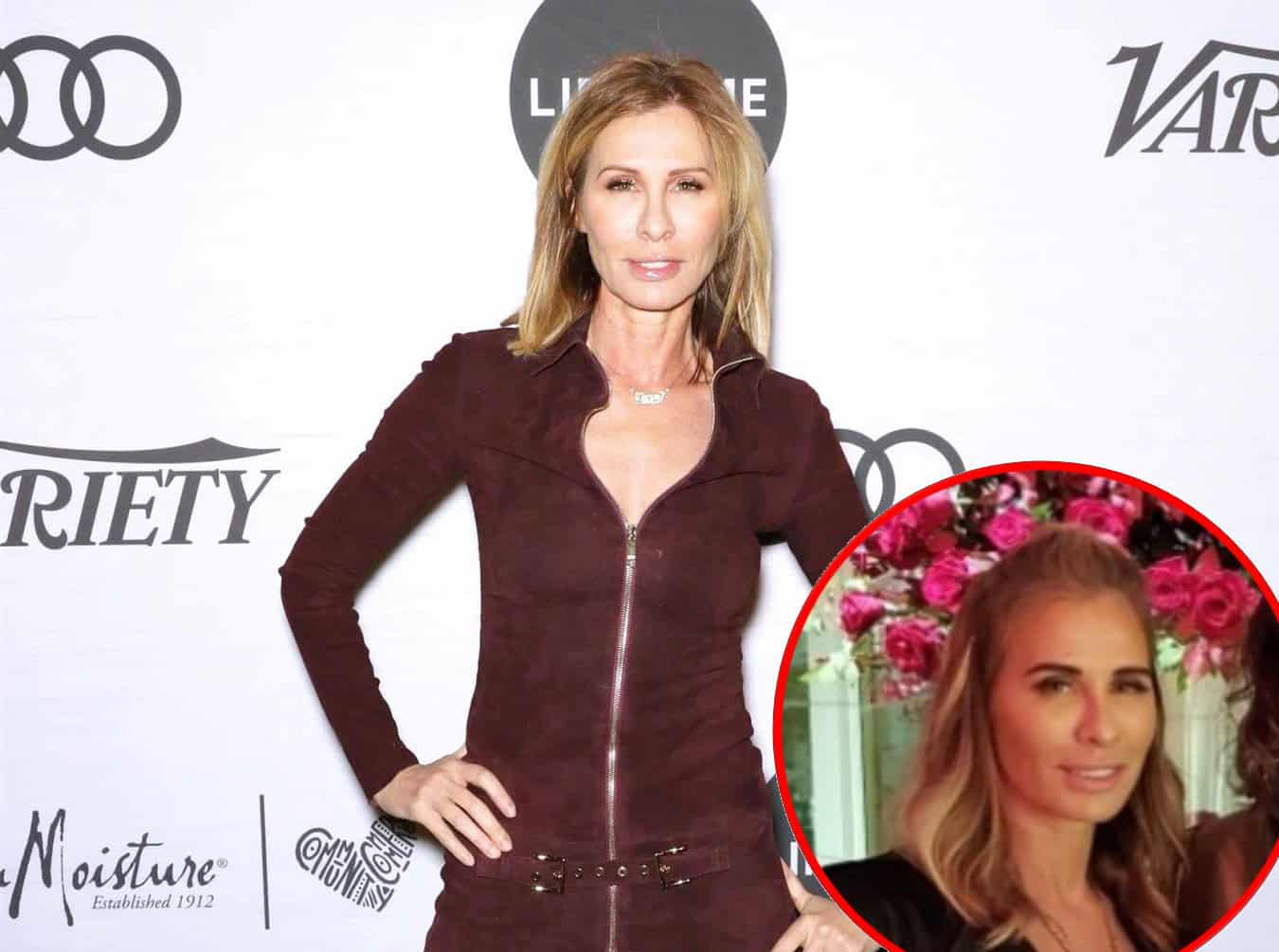 Carole Radziwill shared a photo of herself on Instagram on Tuesday, October 22, and right away, fans took notice of a change.

Following the former Real Housewives of New York City cast member’s post, her fans and followers reacted to the image by suggesting that she may have gone under the knife, or gotten fillers or Botox in her face.

“An incredible private performance at Carnegie Hall with Jennifer ‘the real Soprano’ Rowley,'” Carole wrote in the caption of her photo.

After her photo was shared, a number of Carole’s online audience members wanted to know what she had done to her face, while others pointed out her hair and some commented on her seemingly thickened eyebrows.

“What’s different? Darker eyebrows? I love it (whatever it is),” another said.

“Is that you? What? You look completely different! Very pretty but pretty before too,” stated a third.

While others labeled Carole as “unrecognizable,” one particular person said her look was the result of a “different hairstyle.” Still, there was plenty of speculation into more drastic changes.

“You look vastly different than when [you] were on RHONY. Fillers? Facelift? Botox? All 3? Whatever the case…. you look 30 [years] younger,” someone explained.

Throughout the many comments regarding Carole’s appearance and what she may have done differently, several of her Instagram supporters wondered why no one was paying attention to the actual photo and where it was taken.

“A nice post about an enjoying an exceptionally talented singer, and every damn comment is critiquing your appearance,” one woman said.

After facing backlash over her potential plastic surgery, Carole responded to a fan who suspected she had gone under the knife by suggesting it was her life away from RHONY that has resulted in a her youthful look.

“Not being on RHONY that’s what it is,” she joked. 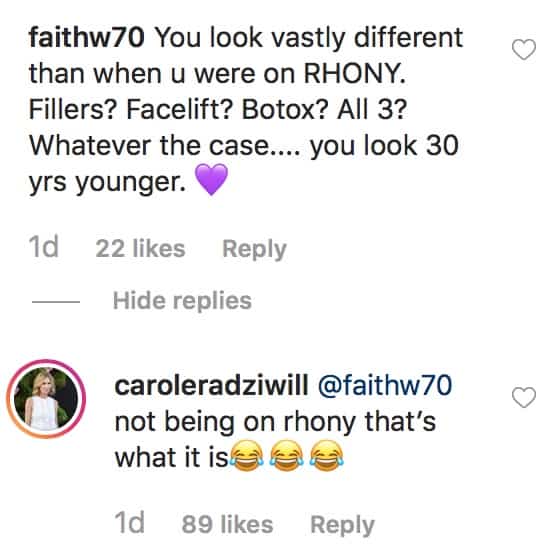 Carole also reacted to a fan who suggested she was “more beautiful” before her supposed changes. 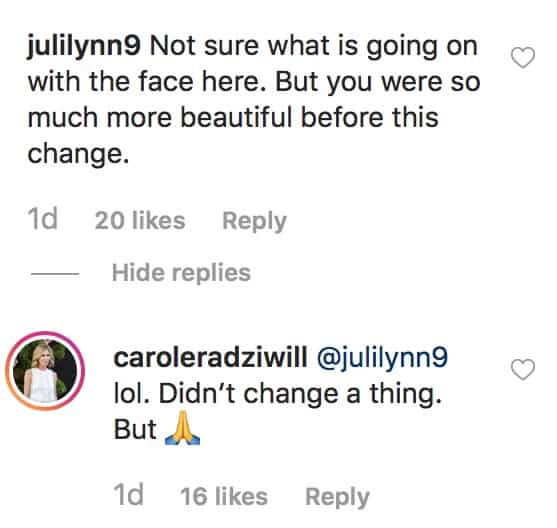 The Real Housewives of New York City season 12 is currently in production and expected to air on Bravo TV sometime next year.