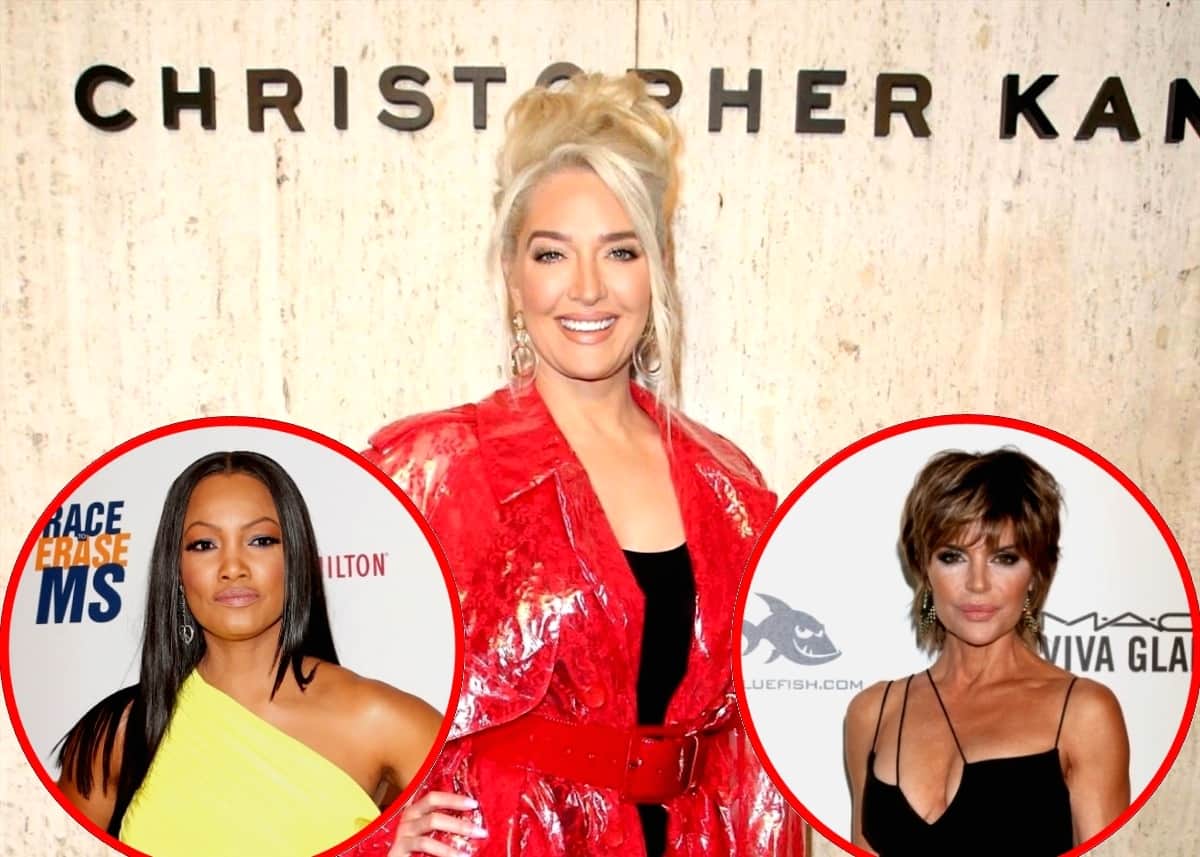 Erika Jayne appeared on Monday’s episode of The Real, and during her appearance, she responded to reports stating that The Real Housewives of Beverly Hills season 10 is lacking in drama due to the cast getting along too well.

As she and her co-stars remain hard at work on RHOBH, Erika opened up about playing Roxie Hart before sharing what advice she received from Lisa Rinna, weighing in on the rumors of a lackluster season, and revealing what she thinks about new cast members Garcelle Beauvais and Sutton Stracke.

“So this year, 30 years ago, I moved to New York City at 18-yrs-old with big dreams so it is a full circle. I would have never thought that at 48, I would be on Broadway so it is a huge moment for me,” Erika explained to the hosts.

Erika’s new role as Roxie is certainly a big undertaking, but luckily for the reality star and performer, she’s gotten some great advice from her co-star Lisa, who took on the same role back in 2007.

“There are some incredible Roxies,” shared Erika. “But you know what [Lisa] said to me? Lisa gave me some very good advice. She said, ‘Erika, you have to bring your personal Roxie, your own personal story. It can’t be someone else’s Roxie, you have to be yourself.'”

While Erika has her hands full as she prepares to go to Broadway, she’s made plenty of time for her full-time role on RHOBH season 10, which began production back in August and has since been the target of rumors regarding its supposedly lackluster start.

“Isn’t that terrible?” Erika asked of the reports claiming the RHOBH cast is getting along too well.

“Here’s the thing, we’re not finished shooting,” she continued. “We’re getting ready to go on our trip, you know how those things can go. And things are bubbling. Liking one another also makes it harder when you do have a disagreement because it’s honest. If I didn’t like someone and I said you know whatever, then I would walk away, but knowing that I care about these women, you know, it hurts when we go home.”

That said, Erika insisted there “is conflict” amid season 10, although she didn’t say whether or not the new cast members have been involved. Instead, Erika had only good things to say about the new additions.

“I’m so happy. I love [Garcelle]. She’s direct, she’s fun, she’s smart, she’s bright. I enjoy her. And we also have another new housewife Sutton Stracke, she’s cool too but it’s nice to have the diversity,” Erika said.

Chicago debuts on January 6 and will run through March 29.