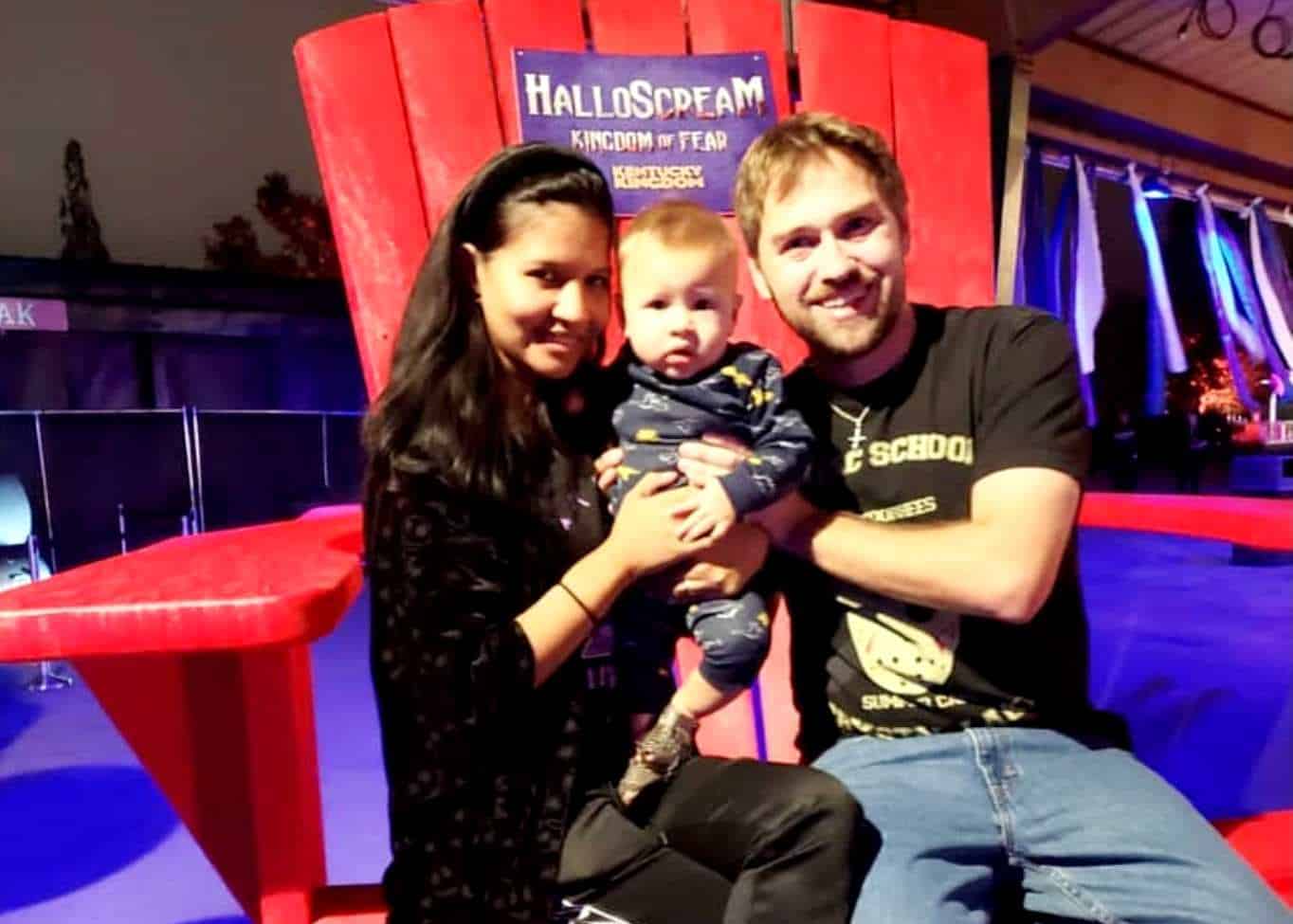 Fans have watched Brazil native Karine and her American husband Paul try to make their relationship work on more than one season of the popular TLC series, but as it turns out, they couldn’t follow through. And according to Karine, the divorce process is already underway.

“Yes, I am looking for a lawyer now,” the 23-year-old reality star told US Weekly of the split on Tuesday.

Just a day prior, Paul posted a cryptic message in Portuguese on his Instagram story, alluding that his wife had “started divorce proceedings” in Manaus, Brazil. He also shared a video of his and Karine’s seven-month-old son Pierre playing with toys alongside the caption, “Daddy’s gonna miss you.”

It appears the couple is currently in Brazil, and just last week, on November 8, Paul shared a photo of himself and Karine, along with their son, on a plane.

“We are only doing cameos together until midnight tonight. After that I will be unbookable temporarily. As I will probably go up the Amazon to try to convince [Karine] to live with Pierre in USA with or without me,” the Kentucky native wrote on Tuesday. “I just want the best possible life for my son.”

The reality star also wrote about the alleged burglary he and Karine suffered from before their separation. Paul had previously shared photos from the event and said that “everything of value” had been stolen. But in his Tuesday post, Paul clarified that there wouldn’t be a GoFundMe page in regards to the burglary and that they weren’t “filing any type of insurance claim” for what was lost or damaged. 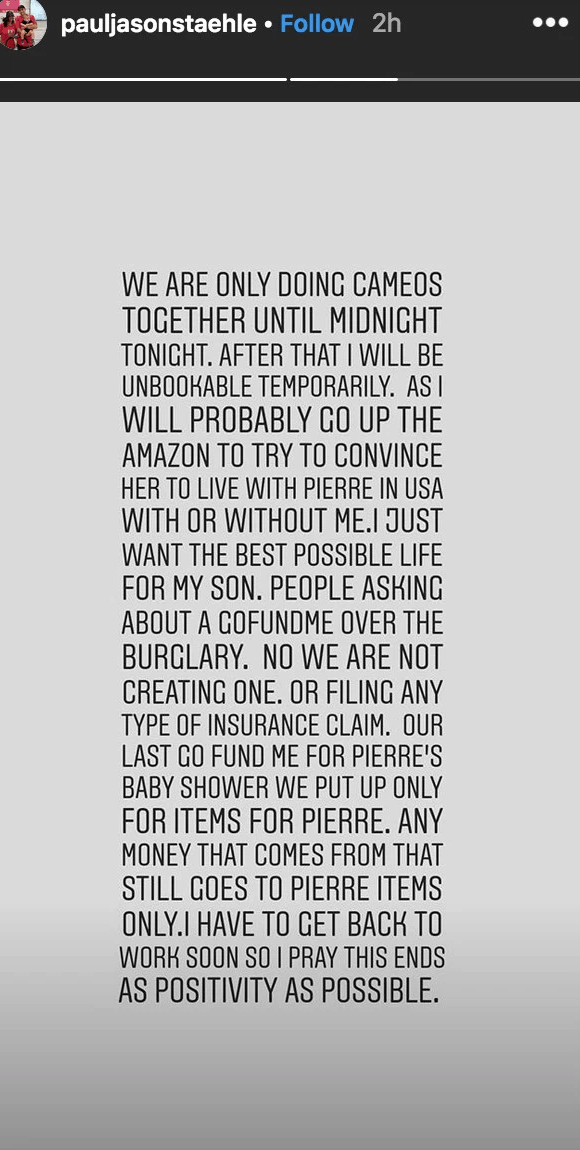 While it’s unknown what led to this latest split, Paul and Karine’s relationship has been complicated from the start. As fans learned in the first two seasons of 90 Day Fiancé: Before the 90 Days, the couple went through the difficult process of acquiring a K-1 Visa before tying the knot in 2017. Then, after suffering from two miscarriages, Karine gave birth to her and Paul’s first child, Pierre, on 90 Day Fiancé: The Other Way.

In addition to their tumultuous relationship on-screen, the couple is often at odds on social media as well. As recently as September, Paul reportedly wrote in a now-deleted Facebook post that Karine asked him to delete any photos of them and told him to  “let everyone know that she doesn’t want me in her life.” The reality star added to the post, “Guess I need a lawyer.”

The TLC star also held a poll online about “someone” he knew “very well” with his Instagram followers earlier that same month, asking: “Should a wife divorce her husband over his mother buying gifts daily spoiling their son? Should a grandmother be banned from seeing her grandchildren over spoiling them. And a husband be divorced for defending his mother’s actions?”

Fans will have to wait and see if the divorce sticks and how the estranged couple will attempt to co-parent their child from two different countries.