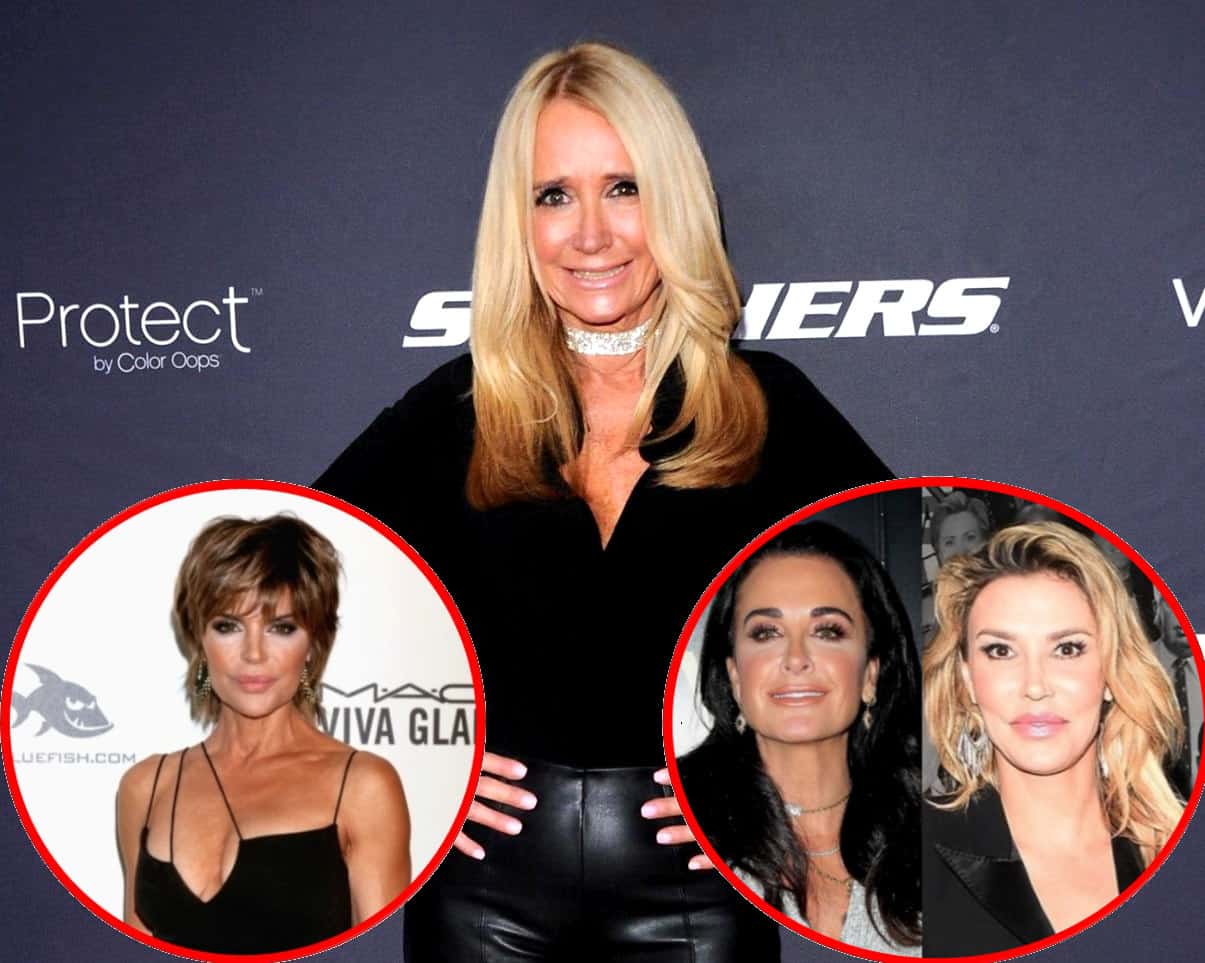 After a recent health scare, the Real Housewives of Beverly Hills star Kim Richards is seeing things through a new lens, including her feud with fellow Bravo star Lisa Rinna.

While Kim’s health has always been a cause for concern for much of the RHOBH cast, it was a recent breast cancer scare that turned the reality star’s world upside down. However, while attending Lisa Vanderpump‘s Vanderpump Dog Gala last Thursday, the reality star revealed that it was just a scare and she’s going to be okay.

“We did cover some of it [on Season 10 of ‘RHOBH’], so I don’t wanna give too much away, but they biopsied some things [in my breasts],” Kim revealed to TooFab at the event in Los Angeles. “It was very scary for me. I went through a moment where I thought maybe it was cancer, and it was very scary for me, but I’m all good. Just yesterday I got the green light that it’s all good!”

“It’s been a long, long time that this has been going on that I thought…” the reality star explained further. “I got called back in for my mammogram twice, and then there were other things going on, but it’s good now. I’m healthy and very, very blessed and grateful.”

Kim also explained that her breast cancer scare forced her to see things from a new perspective — even if that meant getting along with Lisa R.

“I see life completely differently,” Kim divulged. “I see things differently, I feel things differently. So between the two, just walking out [at BravoCon] and being around all kinds of people again, that alone was an amazing experience for me. And us [Kim and Kyle Richards] being there with my sister [Kathy Hilton], the thing with Lisa [Rinna]… Seeing my sister come out, and when she walked by, her and I giving each other a hug in front of all the people. It was just fun.”

For fans of RHOBH, learning that Kim wanted to end her ongoing feud with Lisa R. came as quite a surprise. The two have been at odds for years as Kim always felt Lisa R. pried into her personal life, namely her sobriety. The two shared some high-intensity moments together — like when Kim famously returned the toy stuffed bunny Lisa had gotten her grandson — that have since become iconic.

But while at BravoCon, the Bravo network’s first-ever fan convention, Kim took it upon herself to address Lisa and make amends in front of an audience. Kim claimed at the time that her son-in-law’s brother was dating Lisa’s youngest daughter, Amelia Gray Hamlin, and she saw it as an opportunity to extend an olive branch.

“I went to Andy a few minutes before and I told him, ‘I don’t know if you know this, but Lisa’s daughter is dating my son-in-law’s brother. And we talked the other night, Lisa and I, and we realized that…'” Kim said of the on-stage moment, adding that there was “more to the story, which you’ll see ’cause we filmed it. ”

Kim also took a moment to comment on another unbelievable reconciliation between her sister Kyle and former Beverly Hills housewife Brandi Glanville, who have been at odds for years.

“There was a time when Kyle didn’t like Brandi, and Brandi didn’t like Kyle. I keep that separate,” explained Kim. “I am supportive of both, and I don’t think anybody would want me to not see another person. When I was having my problems with Lisa Rinna, I never once said to Kyle, ‘Are you spending time with Lisa Rinna?’ I would never do that. They have a friendship, so carry on! Go ahead!”

But surprisingly, Kim revealed that she hadn’t seen Brandi in over a year, claiming that she needed time by herself to process what was going on with her health.

“I am close with Brandi, but I didn’t see Brandi since her birthday last year,” she said. “We talked, but I didn’t really see her, but you don’t always have to see people to have a close friendship. I talk to her a lot. I’m there to support her if she needs me.”