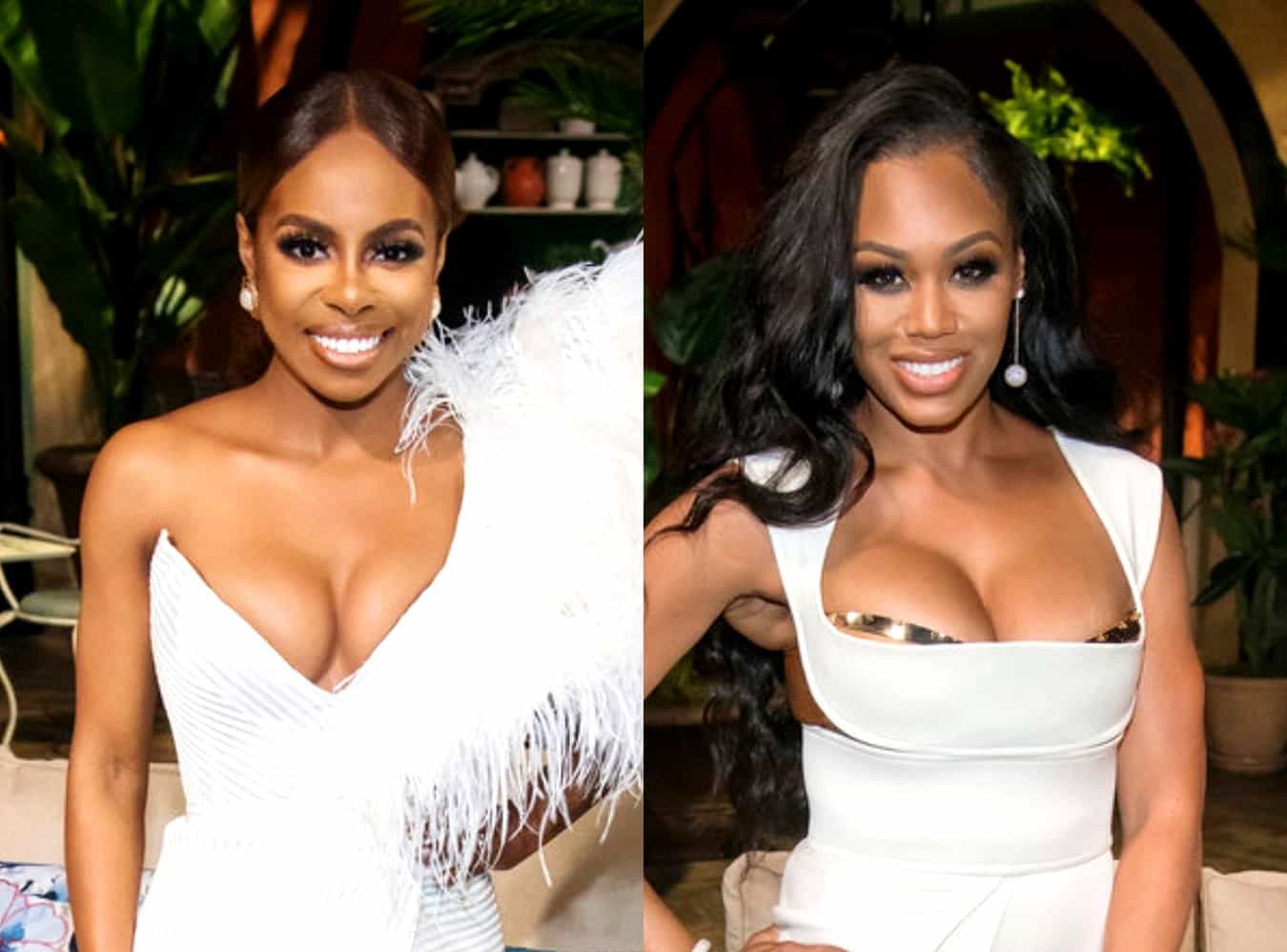 The Real Housewives of Potomac star Candiace Dillard is opening up for the first time about her physical altercation with her co-star Monique Samuels.

During a new interview this week, Candiace discussed the fight that turned physical while filming for season five, repeatedly stating that she is the victim and was “attacked” by Monique. Even more, Candiace’s attorney, who was with her during the interview, stated that they are weighing possibly suing Monique in addition to the pending criminal charges they have against her.

While speaking to the hosts of The Morning Culture V-103 on December 9, Candiace described Monique as someone who likes to “act out for attention” before addressing their altercation when asked if she was the one who pulled Monique’s hair during the fight.

Candiace also seemingly shut down earlier claims that she was the one who started the fight by throwing a drink in Monique’s face.

“There’s a lot of misinformation being put out again by people who like to act out,” she shared. “I am doing my due diligence to wait for the footage. What I can say as well is that all of this will play out. You will see everything from every angle.”

At some point during the interview, Candiace’s attorney James Walker chimed in as he explained Candiace’s side of events. Then, he stunningly revealed that he has subpoena’d the Bravo network for footage of the altercation. The attorney added that he and Candiace are currently considering filing a civil lawsuit against Monique.

He continued, “We have to decide if we want to sue her civilly. There’s a criminal proceeding right now and we have to decide as client and attorney whether or not she wants to pursue civil charges. I’m surprised Ms. Samuels hasn’t issued an apology yet.”

Meanwhile, before Candiace’s latest interview, Monique took to social media where she responded to fans about her feud with Candiace.

A fan commented to Monique on Instagram, writing, “@Mrsmoniquesamuels I understand but I was routing for the 2 of you so it makes me a little sad lol”

“I was too babe! But as the saying goes, when people show you who they are…believe them” the Bravo star wrote in response.

As was previously reported, rumors of a fight between Candiace and Monique began spreading in October after a RHOP fan page claimed Candiace threw a drink at Monique during a party much of the cast was attending. Following the drink throwing, Monique allegedly dragged Candiace and slammed her face against a table.

While some of the show’s other cast members have weighed in on the fight, viewers will have to wait until season five airs to have all of their burning questions answered.