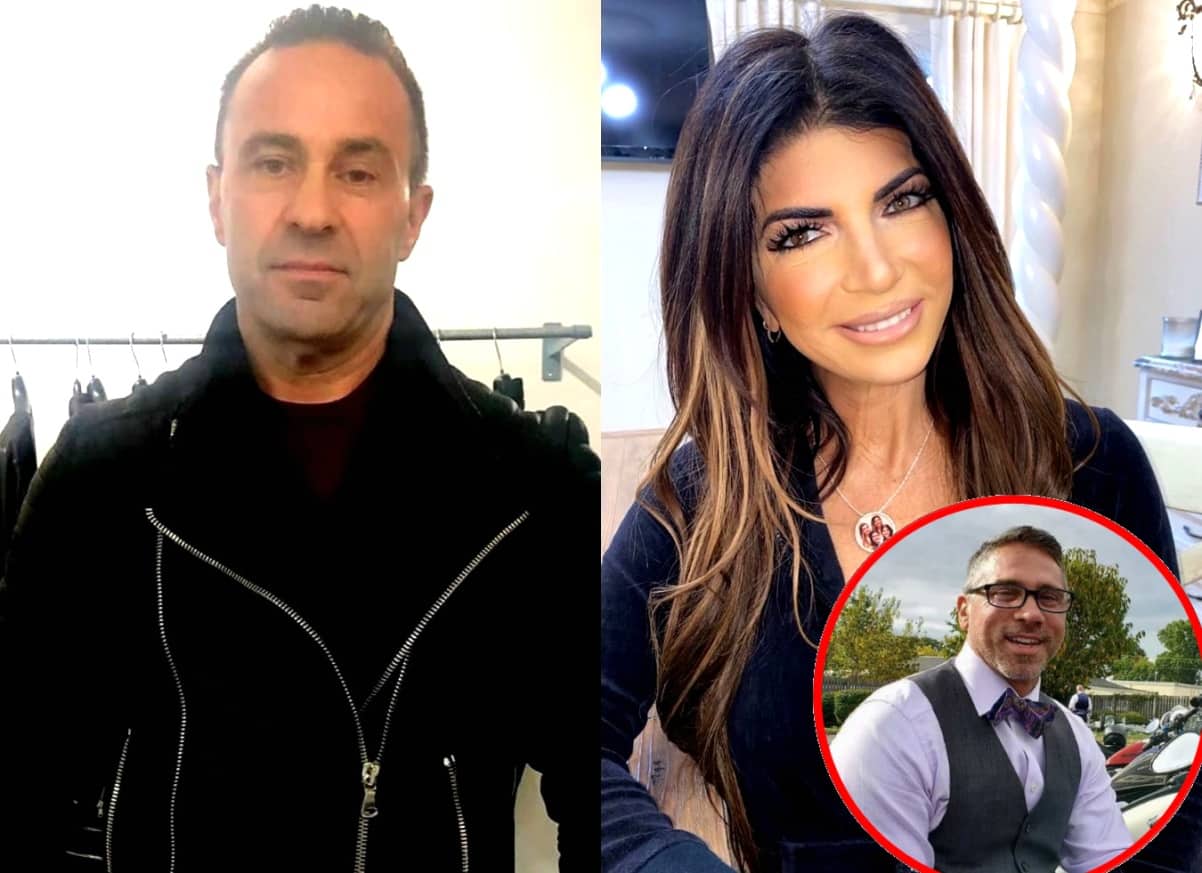 Joe Giudice is heartbroken after his separation from wife Teresa Giudice.

Following the news of their split earlier this month, and the recent photos of the Real Housewives of New Jersey star getting cozy with ex-flame Anthony Delorenzo, who she spent Christmas with, Joe revealed how he is getting over his “heartbreak” as estranged wife Teresa responded to their kids’ recent arrival in Italy.

“#1 simple rule to get rid of heartbreak, finance troubles, depression, and all your troubles a hug from your children like I always say ‘Fuhgeddaboudit!’ #fullfilled,” Joe wrote in the caption of a video of his reunion with his children on Instagram on December 24.

#1 simple rule to get rid of heartbreak,finance troubles,depression,and all your troubles a hug from your children like I always say 'Fuhgeddaboudit!’#fullfilled

“So happy they’re with you,” she wrote, via Comments by Bravo, along with a red heart emoji and heart-eyed emoji.

Melissa Gorga, Teresa’s co-star and sister-in-law, was also seen in the comments section of Joe’s post.

“This made me cry… enjoy pretty girls,” she said.

Joe’s reunion with his kids, including Gia, Gabriella, Milania, and Audriana, came just days after Teresa spent time with Anthony in New Jersey after admitting to hooking up with him as a teen on RHONJ. As fans may have seen, Teresa appeared quite comfortable with Anthony as they walked with his arm wrapped around her.

Even more, Teresa spent Christmas Day together with Anthony and her brother, Joe Gorga, and Joe’s wife, Melissa Gorga. In addition to seemingly spending Christmas Eve hanging out with Joe, Anthony was spotted on Joe’s Instagram Stories on Christmas Day.

“We only hang with family here at the Gorga’s,” Joe said on Instagram with the contractor, according to Us Weekly. “The pool boy, here we come.” Anthony then responded: “What I tell you about that pool boy sh–?”

Merry christmas me and my boy 40 years @joeygorga

But despite the cozy photos with Anthony, an insider recently revealed that Teresa is not dating him.

“Teresa’s not ready to date and not looking to get married again anytime soon. It’s not like she’s got a desire to have more kids or anything, so she doesn’t see the need,” a source explained to Hollywood Life. “She also has no intention of divorcing Joe anytime soon for the sake of the kids. She knows it would really upset them and it’s the last thing she wants to do.”