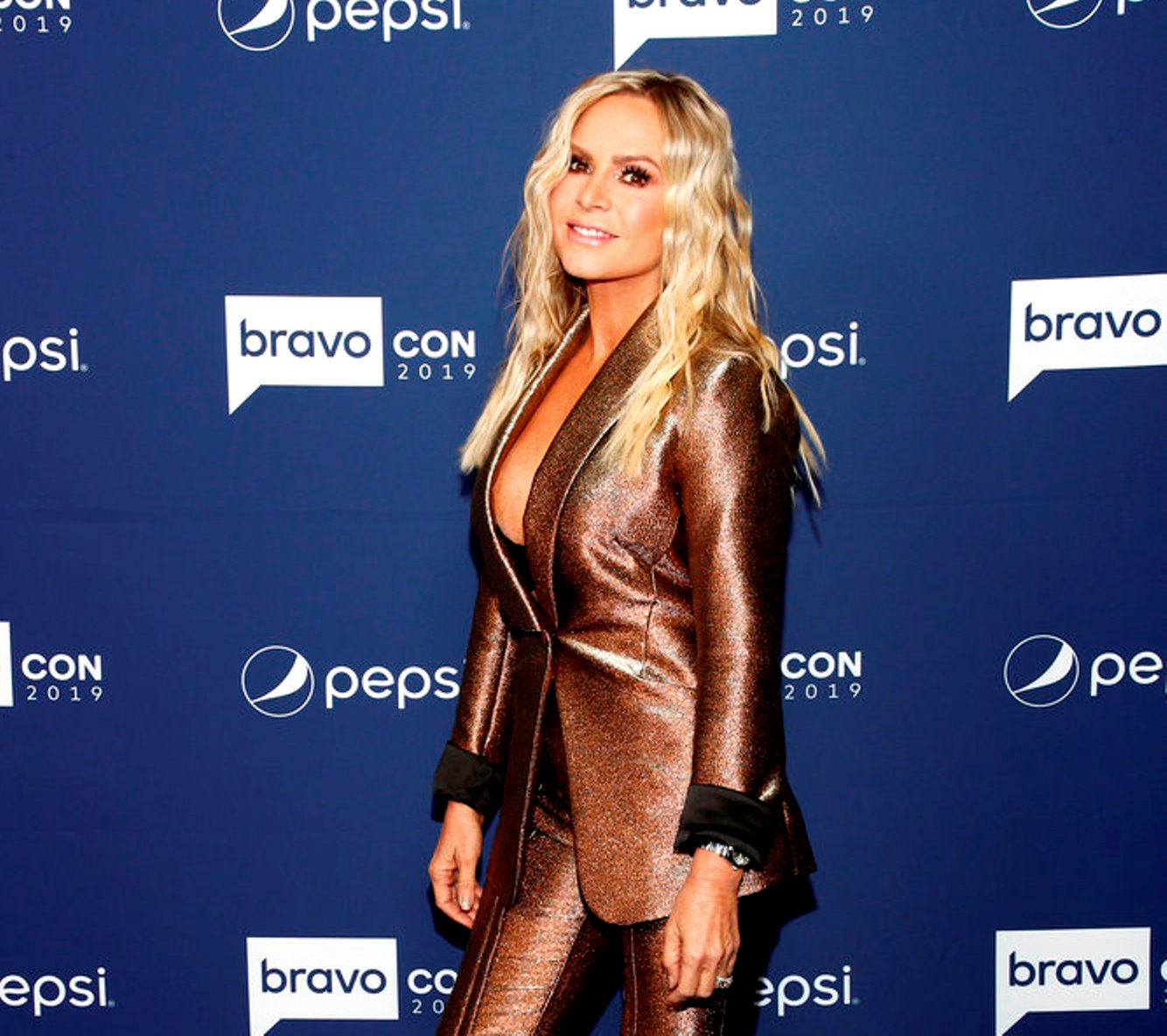 Tamra Judge is defending herself on Instagram after debuting her new luxury SUV to her fans and followers.

After being seen complaining about the massive amounts of money she’s been forced to spend amid her messy legal dispute with Jim Bellino, who sued her and Shannon Beador for $1 million last year, the Real Housewives of Orange County star fought back against claims of materialism and frivolous spending over her new Range Rover Sport purchase.

“That lawsuit must not be hurting the bank [too] much,” one fan wrote in the comments section of the post seen above. “I love how you cry cry cry about it yet you spend money on such superficial materialistic things.”

During the 14th season of RHOC, Tamra said she was forced to spend a whopping $300,000 on legal bills as she attempted to defend herself against Jim’s defamation case against her. The case was prompted by comments she and Shannon made about his trampoline business and divorce from ex-wife Alexis Bellino on Heather McDonald‘s podcast, Juicy Scoop, in 2018.

While the first fan seemed to think that Tamra was making poor financial decisions, Tamra defended her recent car purchase by slamming the message as an “ignorant jealous comment.” 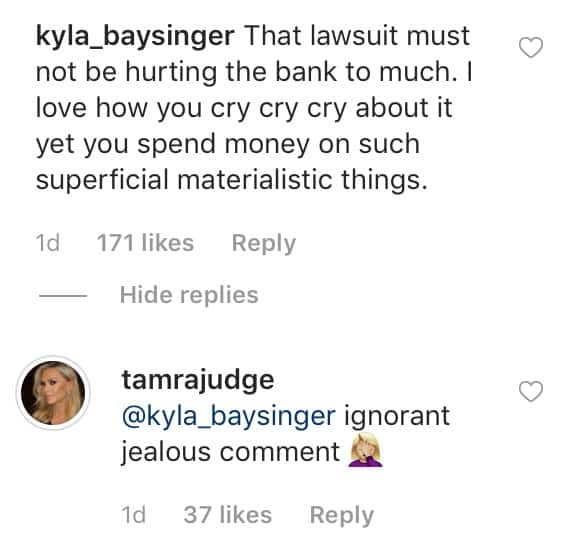 Tamra then said that in addition to not being frivolous, she’s actually a “saver.”

“That’s where your wrong. I said I could have paid my kids college fund with the money I spent. If I was frivolous with my money I wouldn’t care spending $300k on this crap. But I’m not! I’m a saver,” she explained. 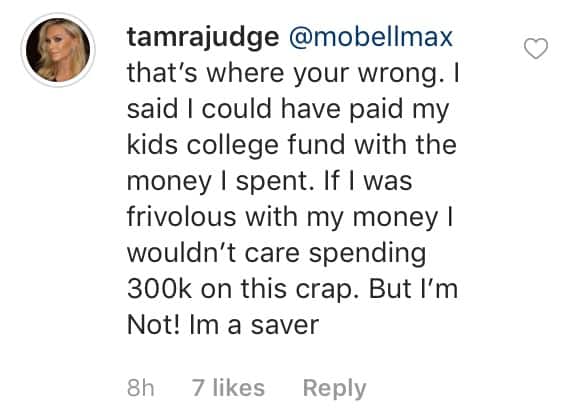 In a third comment, Tamra responded to a fan who asked if she was “broke” due to the massive legal bills she had faced amid Jim’s case against her.

“I thought you were broke? Legal bills & all that,” the person said.

“Yes I’m broke,” Tamra joked, along with a laughing emoji. 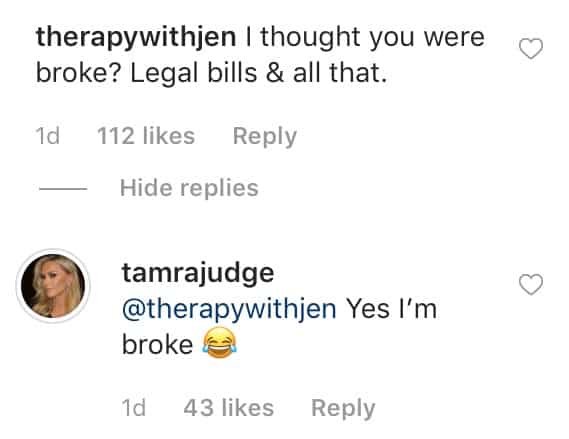 While Shannon was dismissed from Jim’s lawsuit earlier this year, she said on RHOC that their legal drama had not yet ended. In June, after Shannon requested Jim that pay her $220,000 in legal bills, a judge ordered Jim to pay just $137,000.