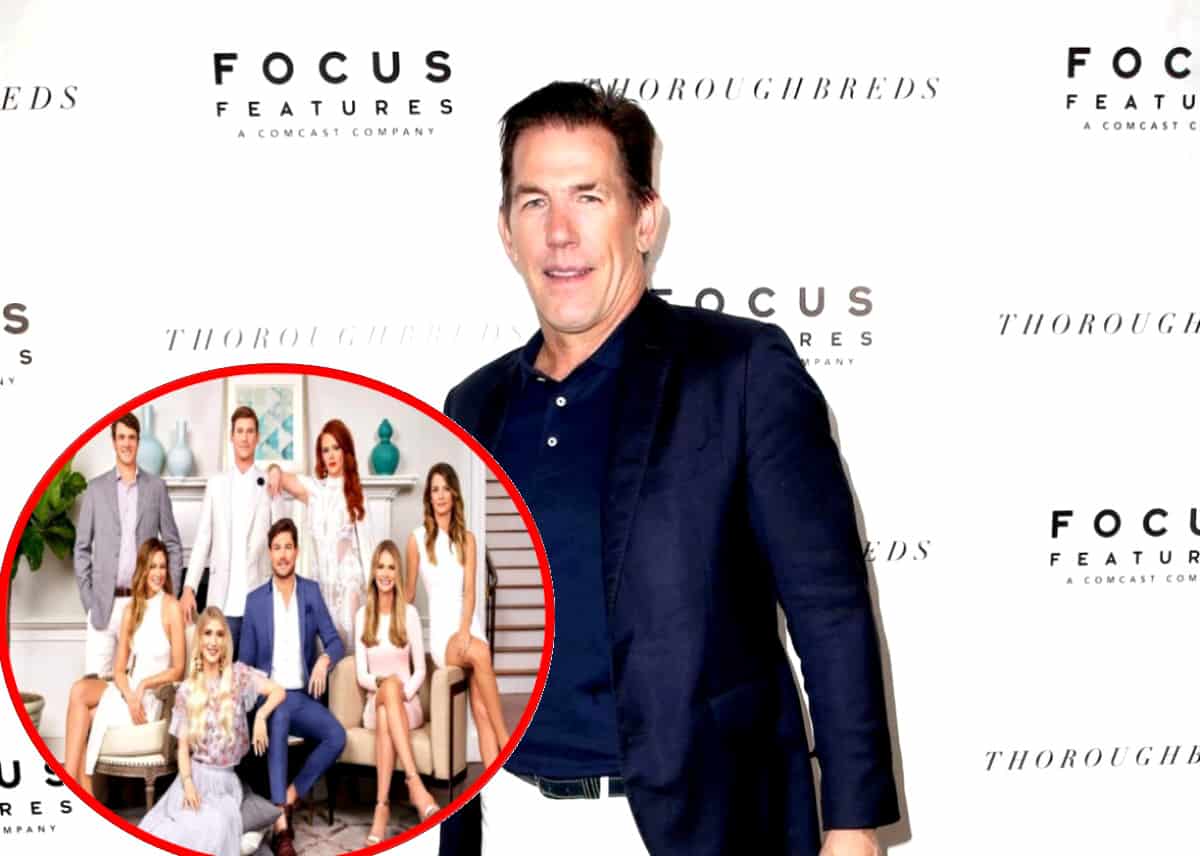 Thomas Ravenel may not be a part of the Southern Charm cast any longer but he appears to be staying in the loop with the latest gossip surrounding the series.

Following reports claiming producers of the Bravo reality series are struggling to find cast members for their upcoming seventh season, Thomas threw shade at his former co-stars by suggesting cast members have to be certifiably crazy to join the show and slammed the New Orleans-based installment as “boring.”

“I just told my stepmother that they were looking for new people to be on Southern Charm. She said they should do casting calls at asylums! She’s 92 and hilarious and pretty quick. I don’t know what that says about me though,” Thomas wrote in a tweet shared on December 31. 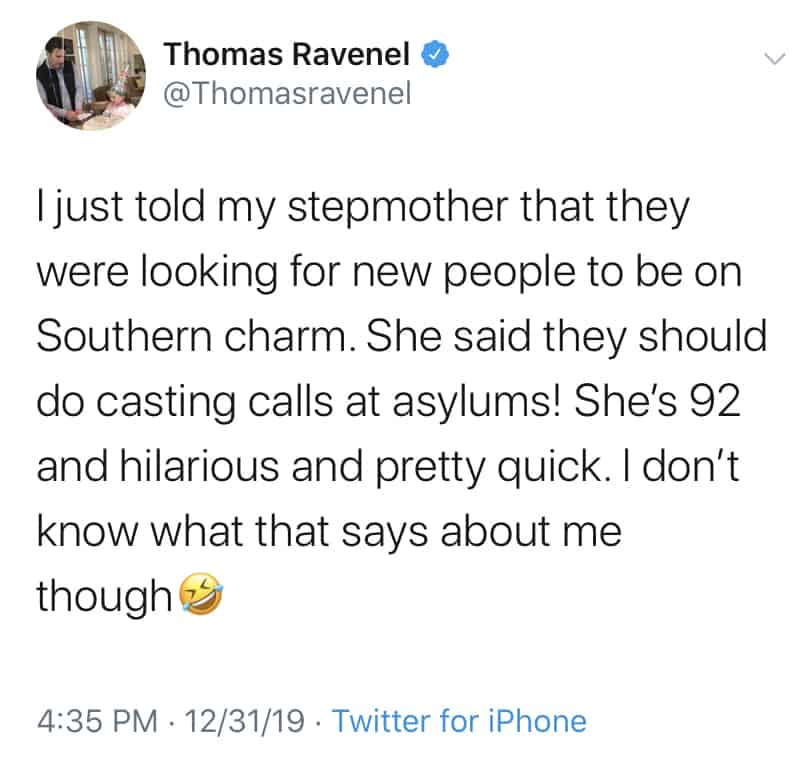 In early November, it was reported that producers were struggling to find new cast members and had allegedly scrapped weeks of footage after a group of unnamed people were brought to the show but failed to deliver the necessary drama to interest viewers. The following month, it was noted that producers had attempted to convince a number of Thomas’ relatives to join the series in hopes of having his custody situation with Kathryn Dennis addressed.

“Without [Thomas] they need the drama to come back,” the insider added. “Producers are desperate. They reached out to some of Thomas’ relatives about being on the next season. Thomas’ first cousin, Lee Ravenel, was approached to be on the show, but he declined. They want stories about Thomas and his children from a family point of view.”

It was also revealed, by Thomas, that he had been asked to rejoin the show for season seven but he declined.

In a second tweet on New Year’s Eve, Thomas responded to a fan who said that Southern Charm: New Orleans “is wayyyyyy better than SC.”

“It seemed boring to me but then again I never watched these shows until I was on one. No expert opinion here,” he replied.