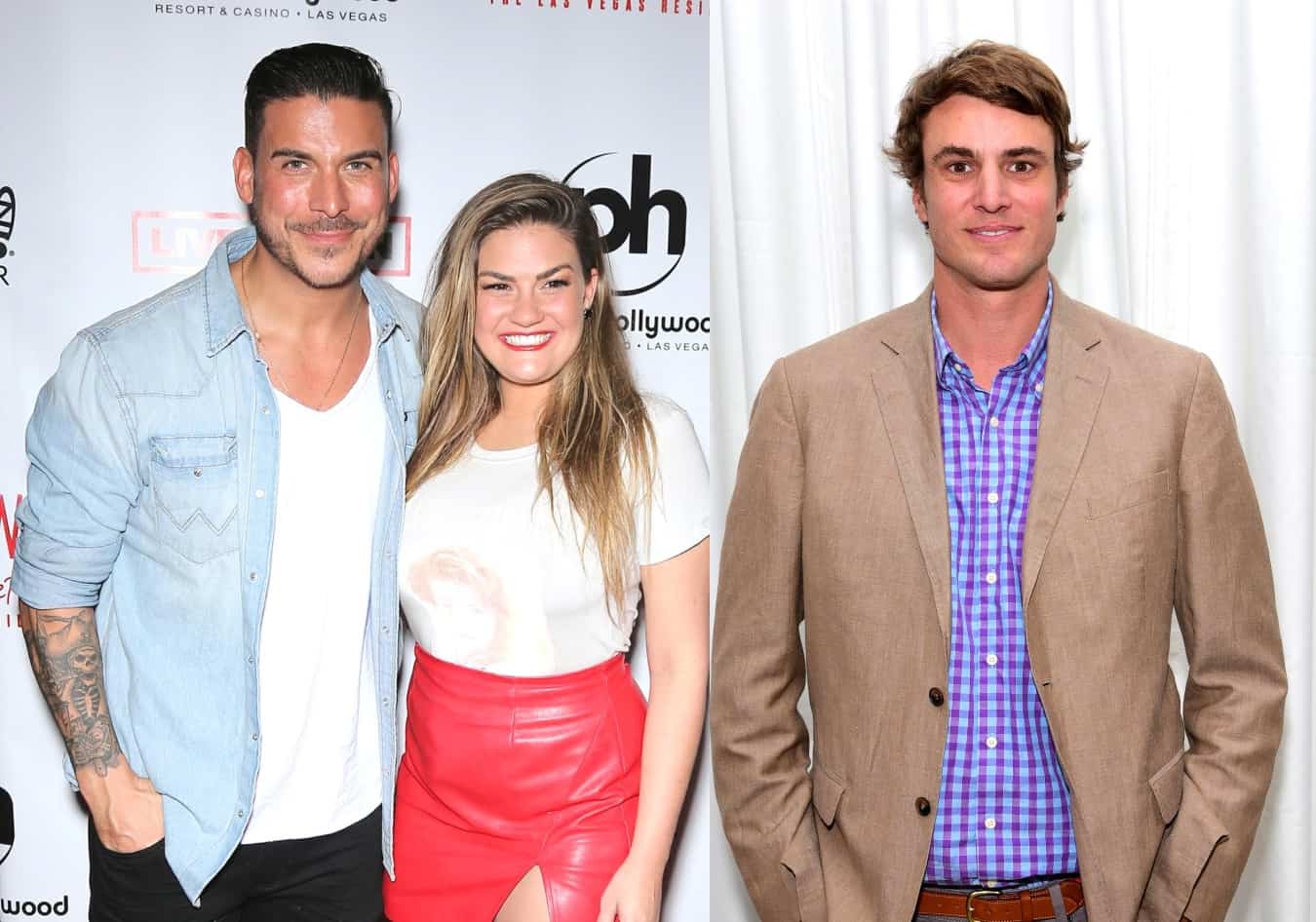 Jax Taylor and Brittany Cartwright appeared on Andy Cohen‘s late night series, Watch What Happens Live, on Tuesday night after the season eight premiere of Vanderpump Rules, and they dished on a number of hot topics.

Months after tying the knot in Kentucky, Jax opened up about their worst wedding guest, Southern Charm‘s Shep Rose. Plus, Brittany explained why she and her husband have decided to put their baby plans on hold for now.

“Out of all the people there… [Shep] was talking, he was videoing, he was the worst guest ever and I told him. He knows I was not happy,” Jax revealed. “I think it was a given [that we didn’t want the event filmed] but even people that don’t even know knew not to do that. Of all people, I shouldn’t have to worry about Shep, I thought.”

“[Shep] was great other than that,” Brittany added.

At another point on the show, Brittany explained why she and Jax, who initially said they would be trying for kids immediately after their June wedding, have since decided to wait on conceiving their first child. They decided this because Brittany doesn’t want to miss Stassi Schroeder and Beau Clark‘s upcoming wedding in Italy.

“We’re trying to make sure that we can make it to Italy for Stassi and Beau’s wedding and that I’m not stuck back home because I’m too pregnant,” Brittany shared.

“We’re trying to plan it out but yes, babies! I want babies!” she added.

“Just get pregnant and don’t worry about other people’s weddings!” Andy replied.

But according to Jax, he and Brittany don’t want to jeopardize their roles in their co-stars’ upcoming nuptials.

Continuing on, Brittany said that while she isn’t opposed to being pregnant, she doesn’t want to be in the later half of her pregnancy when her co-stars get married.

“I don’t care to be pregnant. I don’t want to be so pregnant where I’m stuck like Phoebe on ‘Friends’ and can’t go to her best friend’s wedding,” she explained.