Home Vanderpump Rules Is Vanderpump Rules’ Jax Taylor on Speaking Terms With Tom Sandoval and Ariana Madix? Find Out as Jax Also Explains Where He Stands With James and Why He’s Not a Fan of the Newbies

Is Vanderpump Rules’ Jax Taylor on Speaking Terms With Tom Sandoval and Ariana Madix? Find Out as Jax Also Explains Where He Stands With James and Why He’s Not a Fan of the Newbies 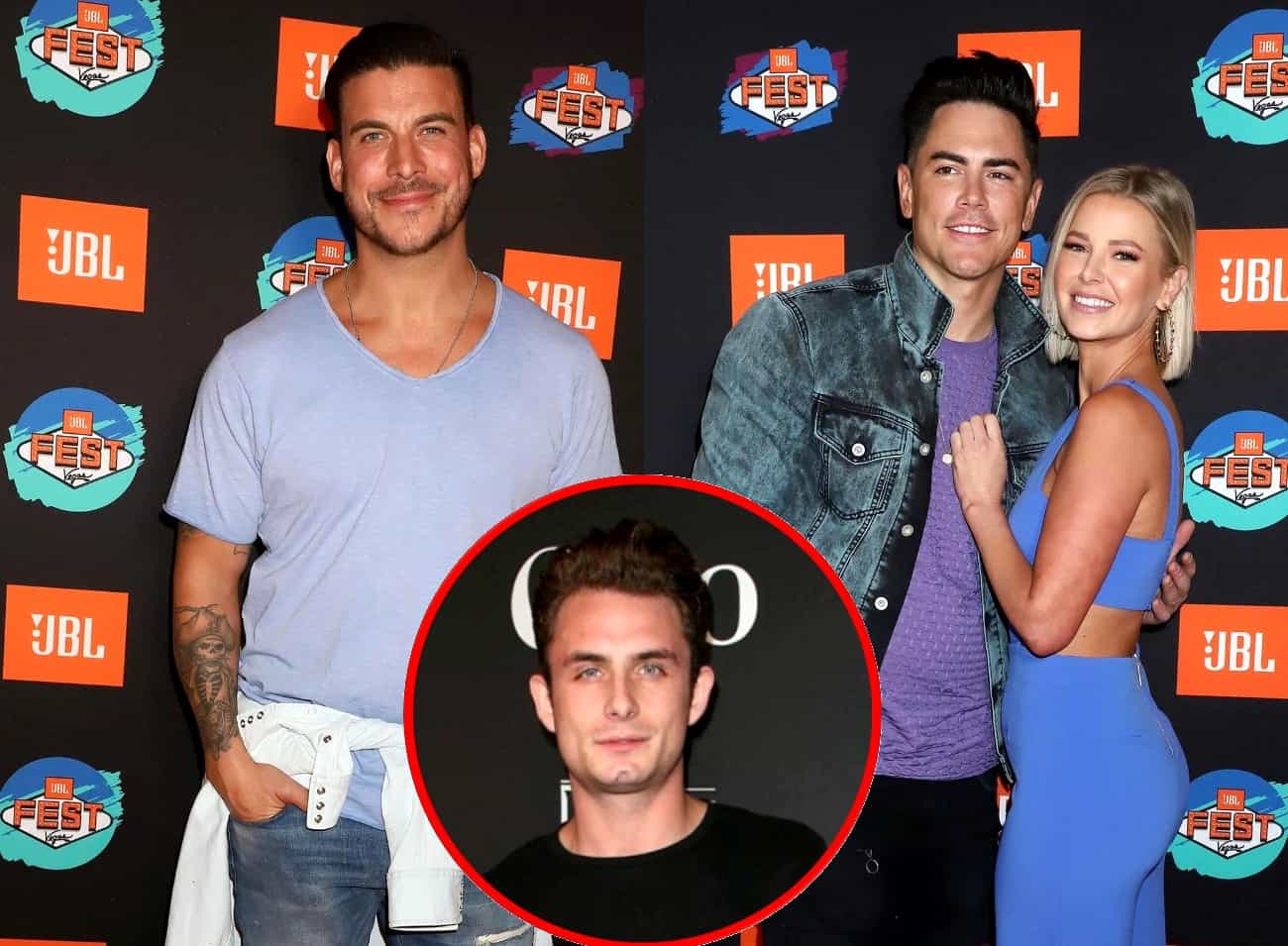 Jax Taylor and Tom Sandoval didn’t start off Vanderpump Rules season eight in a great place, but where do they stand today?

During an Instagram Live Q&A on Tuesday night, ahead of the premiere episode, Jax revealed if he’s currently speaking to Tom and his girlfriend, Ariana Madix, before offering an update on his relationship with James Kennedy and explaining why he “hates” his new co-stars.

Jax also revealed that he does not believe the couple will get married, which isn’t too surprising considering Ariana has made it clear on a number of occasions that she is not open to any such thing.

Although Jax and James have gone through years of ups and downs, with mostly downs, they are in a good place today. That may be due to James’ newfound sobriety, which also led to a reconciliation with Lala Kent.

“James and I are good. He’s good. He’s doing well. I’m happy for him,” Jax told his online audience. “Everything’s great. He’s a good guy. He’s doing really well. He quit drinking. He’s got his head on straight… He finally figured it out.”

As for Jax’s thoughts on his new co-stars, he didn’t hold back, telling a fan, “I hate them all,” before admitting that he does like Max Boyens and Brett Caprioni and suggesting they would be better suited for another network.

“They’re great for MTV, not for our show,” he shared.

As for why he isn’t a fan of the newbies, Jax said they aren’t real enough.

“I pride our show on being real and I just think some of these people are being a tad bit fake. It’s okay, though. You’re walking into a successful, great show. You have a lot to prove and you want to make a name for yourself. I get it, but be a little more creative,” he advised.

When a fan then accused Jax of being “jealous” of the new additions, he told the person that he couldn’t possibly be jealous of any of his new co-stars because he makes more than they do.

“Why would I be jealous of the new people? I get paid. They don’t,” he claimed.

When asked about Kristen Doute‘s current feud with Stassi Schroeder and Katie Maloney, Jax noted that he couldn’t say much before saying that he thinks “everybody is taking a break from each other” at the moment.