Home Real Housewives of Atlanta News Blogger B. Scott Reveals Who Leaked Nene Leakes’ Letter to Him as RHOA Star Kenya Moore Chimes in and Slams Nene as an “Illiterate Liar”

Blogger B. Scott Reveals Who Leaked Nene Leakes’ Letter to Him as RHOA Star Kenya Moore Chimes in and Slams Nene as an “Illiterate Liar” 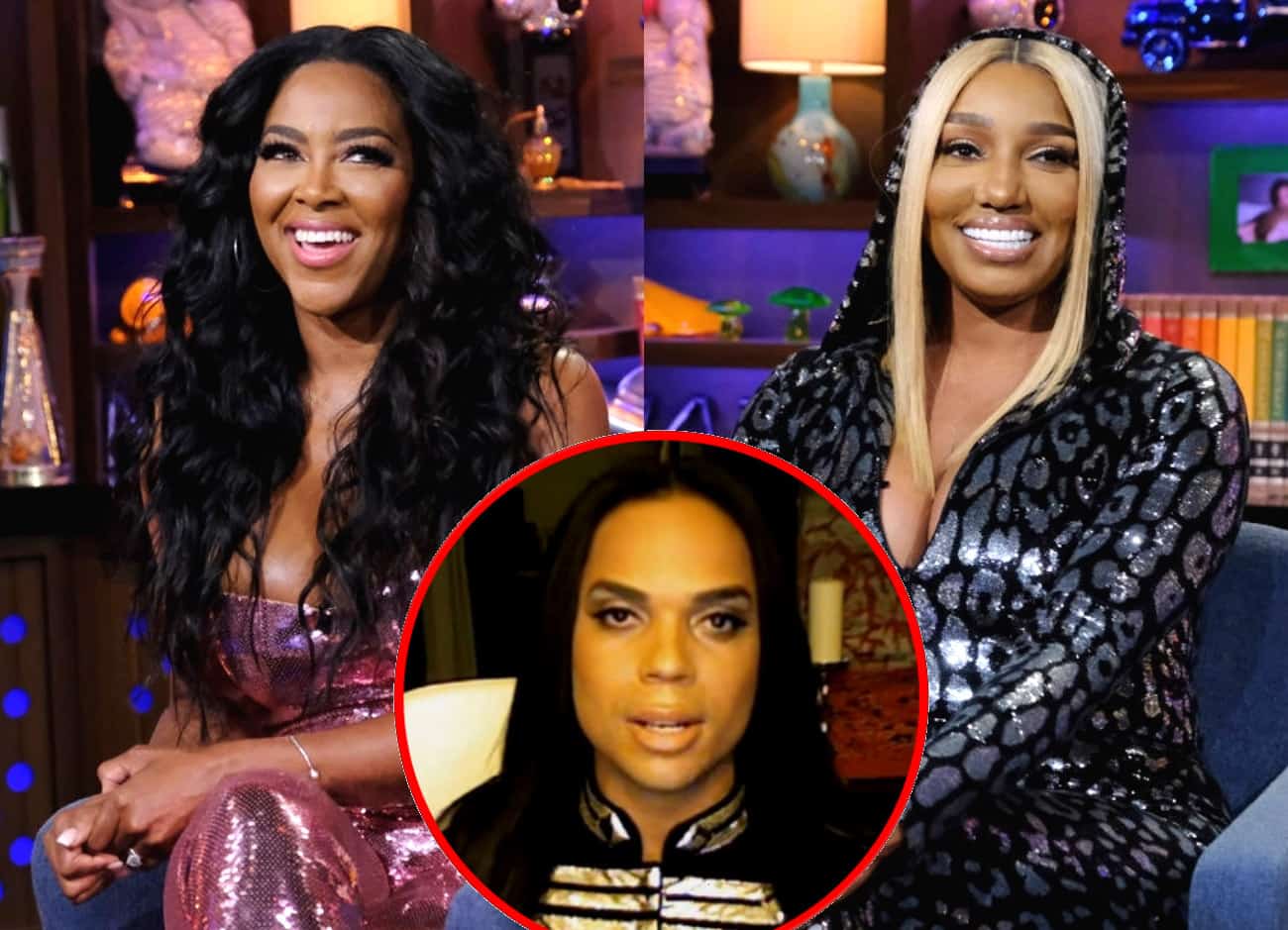 A Real Housewives of Atlanta mystery has just been solved as blogger and podcast host B. Scott is revealing who leaked Nene Leakes‘ letter to Cynthia Bailey to his blog. Also, see who Kenya Moore‘s blaming as she slams Nene.

After giving Cynthia somewhat of a truce letter during her “Bailey Wine Cellar” event — along with a few trays of cheese and crackers — Nene’s kind words were put into question after the exact letter somehow ended up in “the blogs” online. So that left one question: who leaked the letter?

According to Kenya, who many fans think did the dirty deed since she’s been at odds with Nene, the note was leaked by Nene herself to the LoveBScott blog. And in addition to leaking it, Kenya also claimed Nene didn’t even write it. Plus, she also shut down Nene’s claim that she doesn’t hang out with ‘bloggers.’

“I hung out w/@lovebscott in Miami w/@NeNeLeakes” Kenya dished in a tweet. “There r MANY receipts they r friends. The cameras are on us 100% of the time. I saw that card once. Why would I try to make her look good? Her “people” sent it in and clearly wrote it too bc Nene is an illiterate liar.“

B. Scott also appears to be backing up Kenya’s comments as he didn’t keep quiet about the leaked note either. During his B. Scott Show podcast on January 9, B. Scott claimed the leak did, in fact, come from Nene’s team.

“[Nene] got on television and lied right through her dentures,” said B. Scott after he shared he had hung out with Nene on numerous occasions, including one time when Nene personally invited him to hang out with her in Miami.

B. Scott added that he was offended by Nene’s apparent shade by acting like bloggers were beneath her.

“I’m just going to point the finger and say Nene’s a liar. She is a liar. Number one, if you say my name a couple of times, I will appear. You have summoned me,” he shared. “I knew Nene when she had her first pair of teeth and her first face.”

Between uncovering who leaked Nene’s letter and finding the “snake” who recorded Cynthia talking badly about Nene behind her back, RHOA is starting to look more like a mystery drama than a crime show!

Catch new episodes of Real Housewives of Atlanta every Sunday at 8 p.m. on Bravo TV.