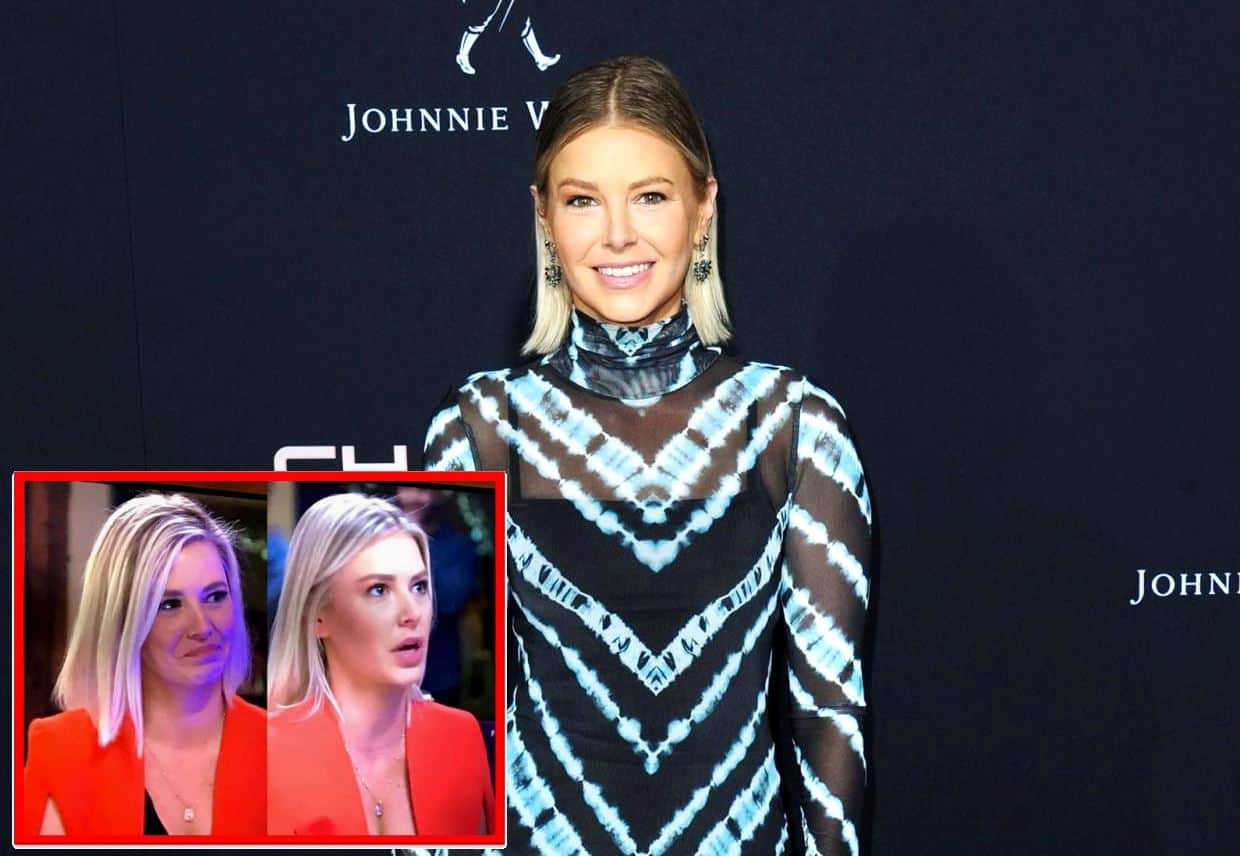 Ariana Madix and Lisa Vanderpump sat down for a chat about her potential return to SUR Restaurant on Tuesday night’s episode of Vanderpump Rules, and as fans watched the conversation, some took notice of some suspicious details.

On Twitter, viewers shared side-by-side photos of Ariana’s hair and makeup, which suddenly changed amid her efforts to win back her gig at the West Hollywood restaurant. Shortly thereafter, Ariana fought back against claims of fakery.

“This show has become so overproduced and manufactured. IM BORED,” one person wrote.

Such an authentic depression convo Ariana had with LVP. Weird that she changed her hair/makeup in the middle of it tho ???? This show has become so overproduced and manufactured. IM BORED #PumpRules @evolutionusa pic.twitter.com/oM0DEIleZ2

Ariana, however, took to her Instagram page to explain the discrepancy in her appearance, stating that it was due to filming a “pickup” shot.

“Pickups. not reshoots. pickups are in every season and every episode. happens when something doesn’t line up, a shot is blurry, etc. just a way to fill in the gaps,” wrote Ariana on January 14. “Nothing about pickups makes the show inauthentic or our conversations less real.” 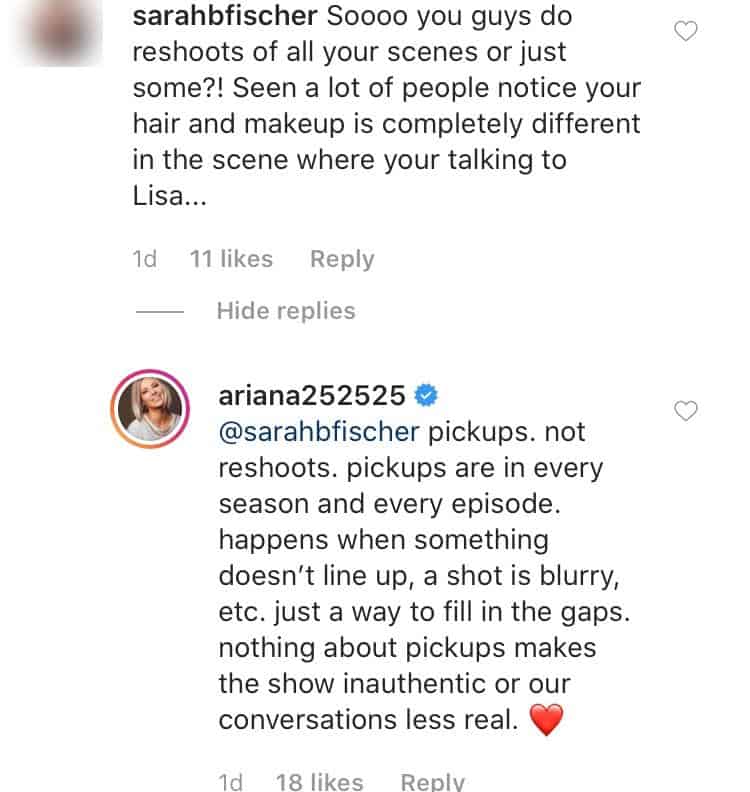 Pickup Shots refer to “small shots or scenes that are recorded after principal photography has ended.” These are common practice on some reality shows. For example, if the lighting was bad while two reality stars were being filmed walking into a restaurant, they could end up refilming that scene in a pickup shot at the end of the season.

In side by side photos, Ariana is first seen with a side part and what appeared to be pinkish-purple makeup and a light lip before switching things up with a middle part and darker lip.

Still, another fan mentioned that the idea of a pickup shot ruined the authenticity they hoped to see on the reality show.

“You can keep believing for now,” Ariana replied, adding that her conversation with Lisa was “10/10 authentic.”

In another tweet, Ariana reacted to someone who said her scene with Lisa felt awkward.

“Either [Lisa Vanderpump] doesn’t particularly care for [Ariana Madix] or they needed that table ASAP,” the fan had written.

“We spoke for 2 hours,” Ariana responded.

Also on Twitter, Ariana reacted to a fan who suggested she was sending mixed emotions. After the fan noted that Ariana had apologized to Lisa on camera while also “liking” a tweet from a person who said they liked seeing Ariana stand up to Lisa in honor of Tom Sandoval, who Lisa suggested wasn’t working hard on their bar and restaurant TomTom in 2019, Ariana confirmed her statements.

“Yes! I’m not ashamed of standing up for him at ALL. I apologized to Lisa [because] I also feel bad that it was hurtful to her. It’s as not black and white as you want it to be,” Ariana explained.