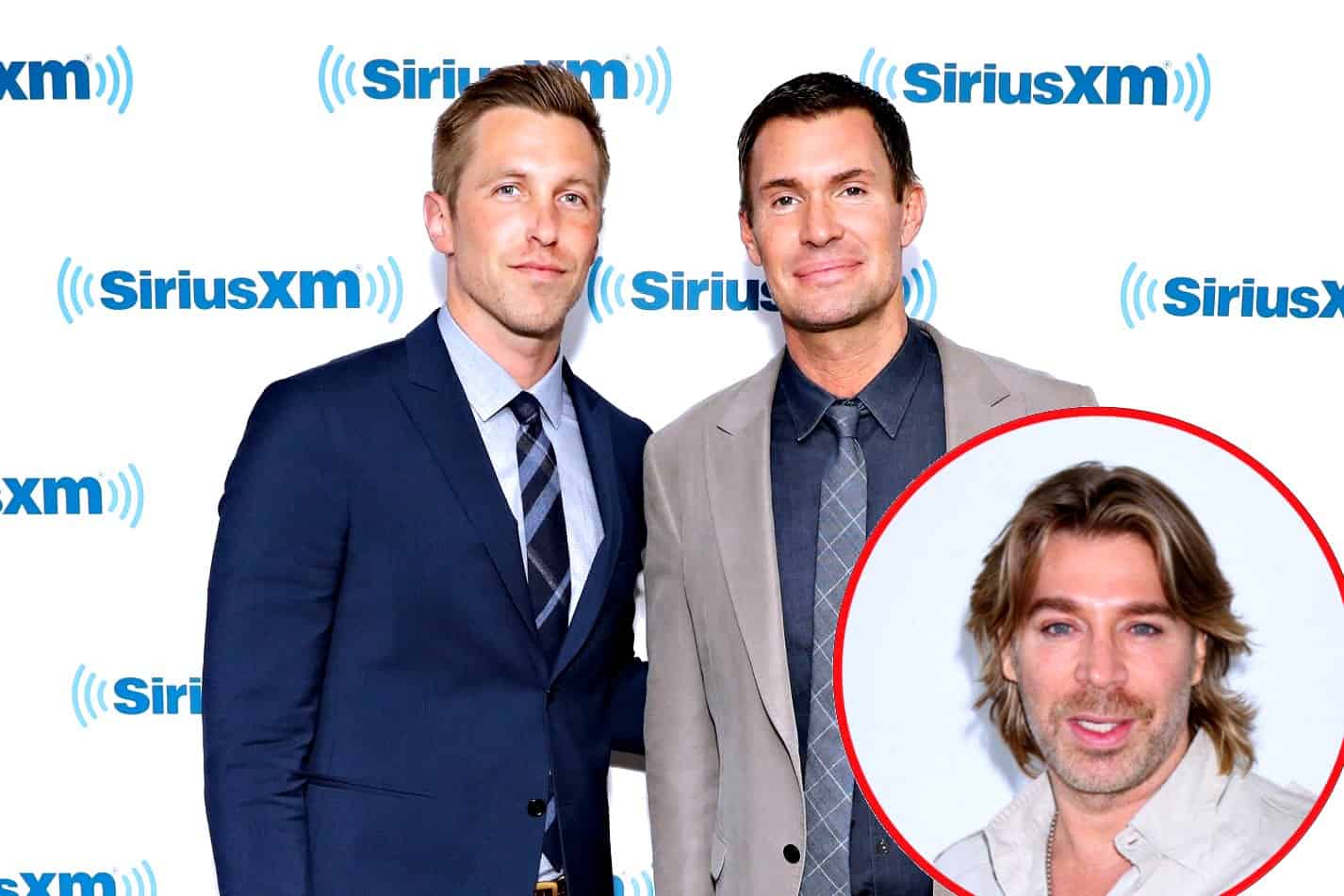 Jeff Lewis‘ ex-boyfriend, Gage Edward, wants him to stop discussing their ongoing custody battle over their three-year-old daughter, Monroe, just as Jeff is accusing Gage of going on a European vacation with their daughter’s godfather, Chaz Dean.

Jeff made the stunning claim on the January 21 episode of his Sirius XM Radio Andy series, Jeff Lewis Live. The Flipping Out star also confirmed that he received “a cease and desist letter from Gage’s attorney on Friday” before opening up about their bitter dispute and claiming Gage and his former client and close friend, Chaz, traveled out of the country together.

First, Jeff claimed that Gage has not been honoring their temporary custody agreement.

“I just want to quickly say that the majority of the info that I have provided and presented to my 11 listeners is fact based,” shared Jeff. “[Gage] did ask me for more custody. He has not been able to completely honor the temporary scheduled for the last four weeks, that is a fact.”

Jeff then alleged that Gage took a last-minute trip to Europe, and he later discovered that he was in Paris with Chaz. Most Flipping Out fans will recognize Chaz, who hired Jeff to help him do some renovation and appeared on the show for numerous seasons. In addition to being close friends with both Gage and Jeff, Chaz is also the godfather of their daughter Monroe.

“He took a last minute trip to Europe. In the end, we found out he went to Paris with Chaz Dean,” Jeff alleged. “That is a fact. It’s not defamatory.”

“He said he was going to Europe [and] I had trouble narrowing that down so I wasn’t able to really pinpoint where he was. Fortunately, I was able to ask my three-year-old daughter who told me that he was in Paris,” he continued. “Now, coincidentally, when I had brought that up in front of Monika Casey [his co-host], she said I think Chaz Dean’s in Paris. So then I started to Instastalk everybody. By the way, I have been blocked from Gage’s Instagram so I had to have someone else stalk to find out that he was in Paris.”

Gage did share a post last August in which he stated he had started working for Chaz. He wrote, “First day of work with @chazdean.”

Jeff also dropped another bombshell when he stated Gage sent him a cease and desist letter over his numerous comments about him on his radio show over the past year since their split.

“I did receive a cease and desist letter from Gage’s attorney on Friday,” Jeff revealed on Tuesday. “I never signed a confidentiality agreement. There’s no real deal points going back and forth. These are just conversations Gage and I are having. I feel like I’m paid to talk about my life on the radio.”

While Gage doesn’t believe Jeff should be talking publicly about their legal proceedings, Jeff argued that he’s been exposing his life publicly since they met and pointed out that Gage participated in that lifestyle for seven years.

According to Jeff, Gage is acting as if he’s “so concerned” about Monroe’s privacy but has continued to share photos of her on Instagram with his 40,000 followers. He then suggested that Gage has posted a number of attention-hungry photos on his page, including an image of an empty plate that he captioned, “single dad dinner.”

“It just seems like hypocrisy to me,” he shared. “That seems like wanting attention… That’s all I’m going to say until the next cease and desist letter comes.”

Still, to close out his show, Jeff admitted that he does believe Gage is a good dad although he doesn’t believe Gage should get more custody of Monroe.

“It would be defamatory for me to say that he’s not a good dad and guess what? I’ve never said that because I believe he’s a good dad. I think he’s a very good dad,” shared Jeff.

He continued, “But I will say, and this is my opinion and my perspective, I don’t believe that he’s prepared to take her for more than 30% of the time which is what he has now. I don’t think that’s defamatory. It’s just my opinion.”