Home Real Housewives of Beverly Hills News Kyle Richards Opens Up About Rift with Lisa Vanderpump and What She Admires Most About Her, Plus She Discusses Her Off-Camera Fight With Camille Grammer and Reveals Most Stressful Part of RHOBH

Kyle Richards Opens Up About Rift with Lisa Vanderpump and What She Admires Most About Her, Plus She Discusses Her Off-Camera Fight With Camille Grammer and Reveals Most Stressful Part of RHOBH 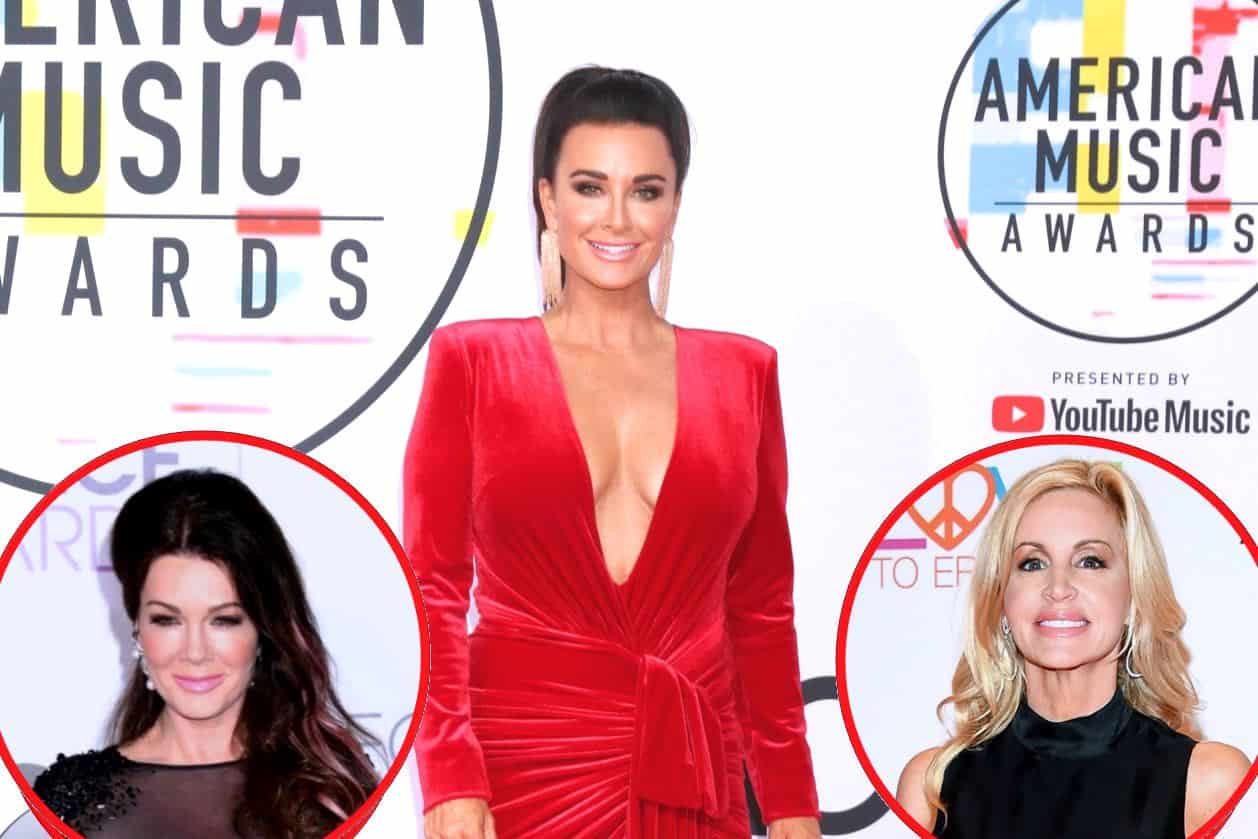 Kyle Richards spoke about her ongoing feud with Lisa Vanderpump during an appearance on her friend Justin Sylvester‘s podcast series this week.

While also addressing an off-camera fight with Real Housewives of Beverly Hills co-star Camille Grammer and revealing the most stressful part of filming the Bravo reality show, Kyle revealed if she would consider reconciling with Lisa and opened up about the drama that took place between them during season nine.

“Oh my god, [that would be] amazing,” Kyle told Justin on Just the Sip after being asked how she would react if Lisa agreed to put their issues behind them and move forward.

According to Kyle, the main issue Lisa has with her is her belief that Kyle humiliated her by confronting her about the story she was accused of leaking about Dorit Kemsley and her abandoned chihuahua during RHOBH season nine.

“Lisa is a very prideful person. My intention was not to humiliate her. I think she felt humiliated but my intention was to be honest and tell her what happened on camera so she wasn’t shocked in six months when she saw the show,” Kyle explained.

Kyle then said that when the shoe was on the other foot, she was able to work through things with her former friend.

“There’s times that she’s done things that I haven’t liked, like what happened in Dubai when [she] was telling Lisa Rinna to throw me under the bus and all this stuff. I said, ‘Listen, I know you did that and I love you.’ No one understood that but I was like, ‘I’m willing to move on,'” Kyle recalled, adding that it’s “very complicated to have a friendship on reality television.”

Despite being on the outs with Lisa, Kyle applauded her professionally.

“Lisa Vanderpump, she kills it at what she does. I could never do what Lisa is doing,” Kyle admitted. “What she does with the restaurants and the bars and all that… She’s very hands-on with the flowers and the design. She’s amazing.”

While Kyle didn’t initially want to join a reality show, she ultimately had a change of heart after getting hooked on The Real Housewives of Atlanta and realizing that a role on Bravo’s Beverly Hills-based show would allow her to work and still be with her kids.

After joining the RHOBH cast in 2010, Kyle was involved in an off-camera dispute with Camille and quickly realized that when it came to drama with her co-stars, that was exactly what producers wanted.

“Camille and I had an argument off-camera [and] I was so upset. I was in tears and I remember being on the plane [on the way back] and producers were typing away,” Kyle shared.

According to Kyle, she initially thought she was in trouble.

In addition to her feuds with her co-stars, Kyle said she gets stressed during the airing of new episodes.

“The most stressful part is when it’s on the air [because] you’re seeing the things people said that you didn’t know and you’re taken aback,” Kyle revealed. “You’re reliving all of it. You have all of social media fueling the fire. It’s everybody pouring their gasoline and throwing their matches.”