RHOC Stars Emily Simpson and Vicki Gunvalson Get in Epic Twitter War! Emily Tells Vicki “You’re Fired!” After Vicki Slams Her as an “Idiot,” See the Tweets and What Reignited Feud 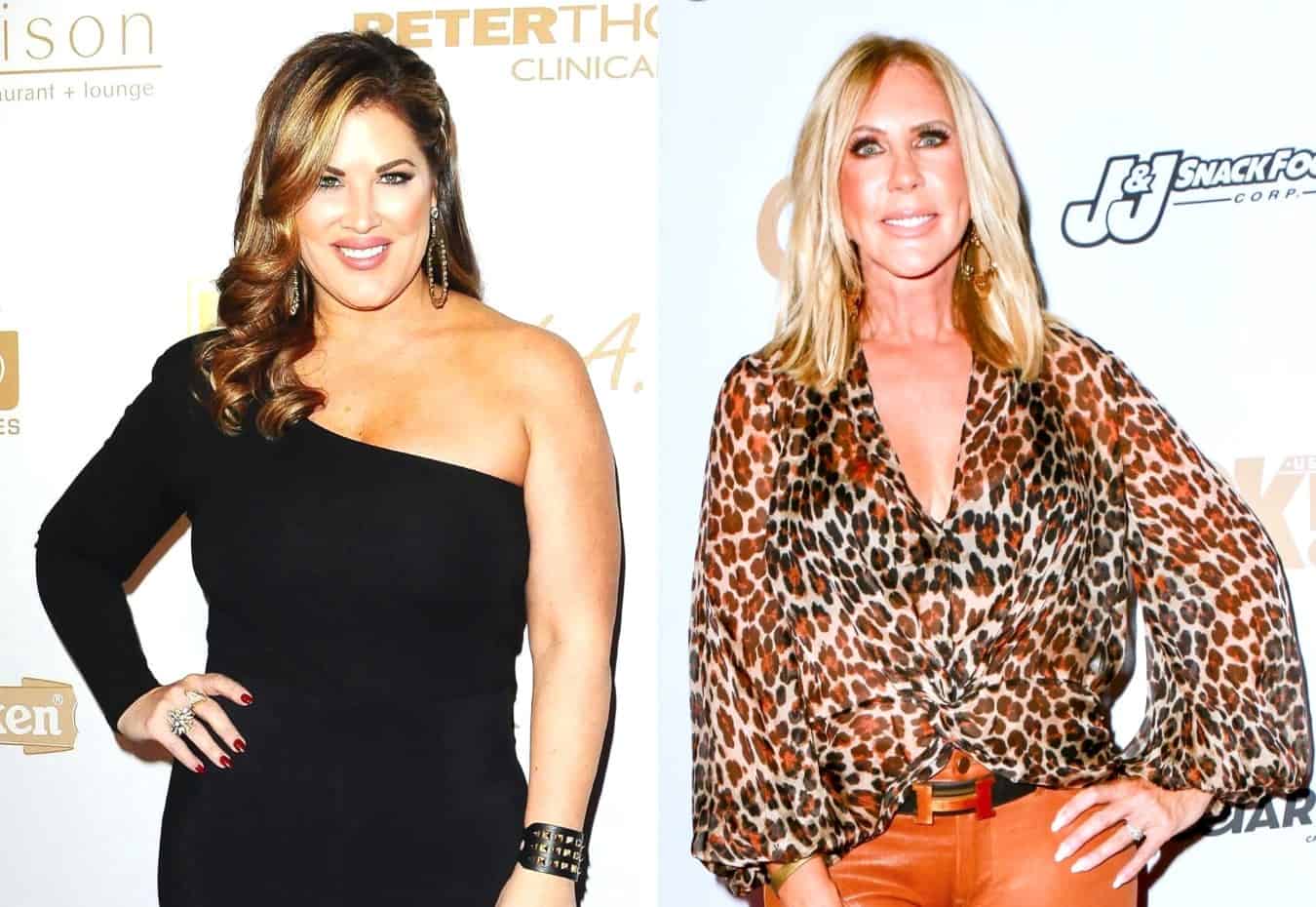 Vicki Gunvalson might have announced her exit from the Real Housewives of Orange County but she still finds herself deeply embroiled in the show’s drama following a nasty Twitter war with Emily Simpson on Saturday night.

If you recall, Emily took to Twitter last year to accuse the ‘Tres Amigas,’ which includes Vicki, Tamra Judge, and Shannon Beador of trying to get her to turn against Kelly Dodd after Vicki claimed Emily was drinking Kelly’s “kool-aid.”

While Emily posted her tweet back in December, it appears Vicki was only made aware of it just yesterday as she took to her Twitter page on February 1 to clap back at Emily’s claim, and in turn reigniting their feud.

“Liar!!! I never once wanted anyone to turn against Kelly. My issue with her was between her and I. Nice try girl. You and I never spoke about Kelly and in fact we never spoke!!! #liar,” tweeted Vicki on Saturday to Emily.

Emily fired back right away, writing, “It’s actually “between her and me” but they probably didn’t teach you that at insurance school ????‍♀️.” 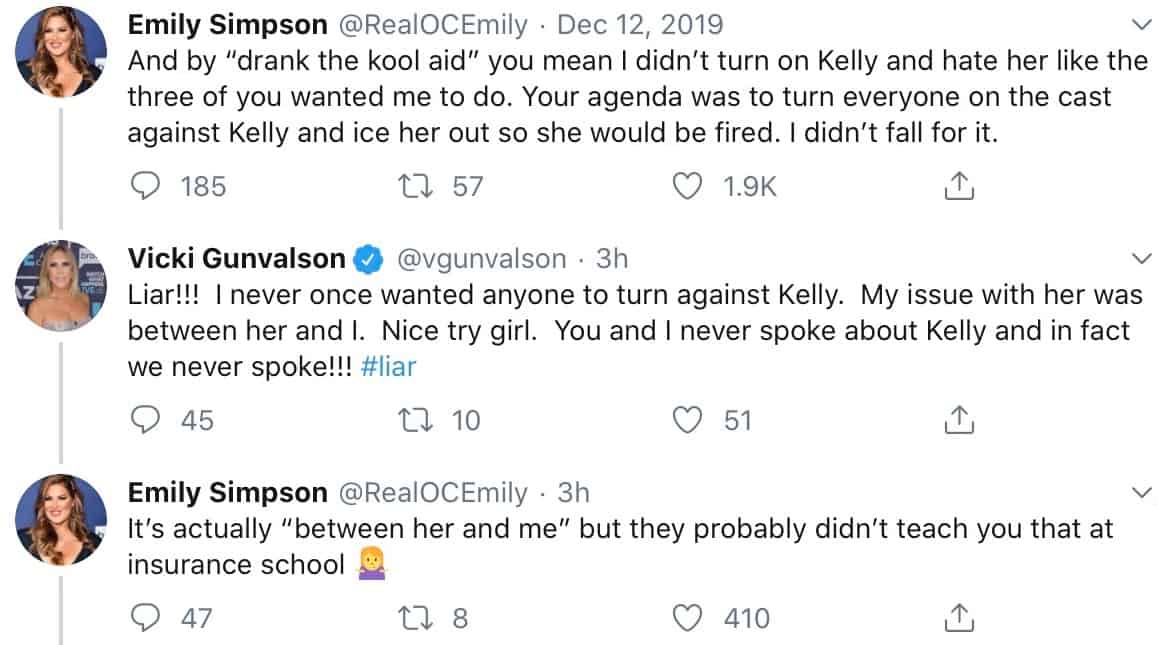 Vicki didn’t take too kindly to having her grammar corrected and simply responded to Emily by slamming her as an “idiot.”

Emily didn’t waste anytime in reminding Vicki that she is no longer on the RHOC.

As we reported, Vicki announced her exit from the RHOC over a week ago, following 14 seasons on the Bravo hit series. According to reports, Vicki chose to leave the show after Bravo failed to offer her a full-time role, instead they wanted her to return as a “friend” for the second straight season.

Production is set to begin on the new RHOC season any day now following a stunning cast shake-up that saw the departures of both Vicki and Tamra. Multiple reports however confirmed this week that Emily, Shannon, Kelly, Gina Kirschenheiter and  Braunwyn Windham-Burke have all been asked to return for season 15. Producers are also testing new women as they look to replace Vicki and Tamra.