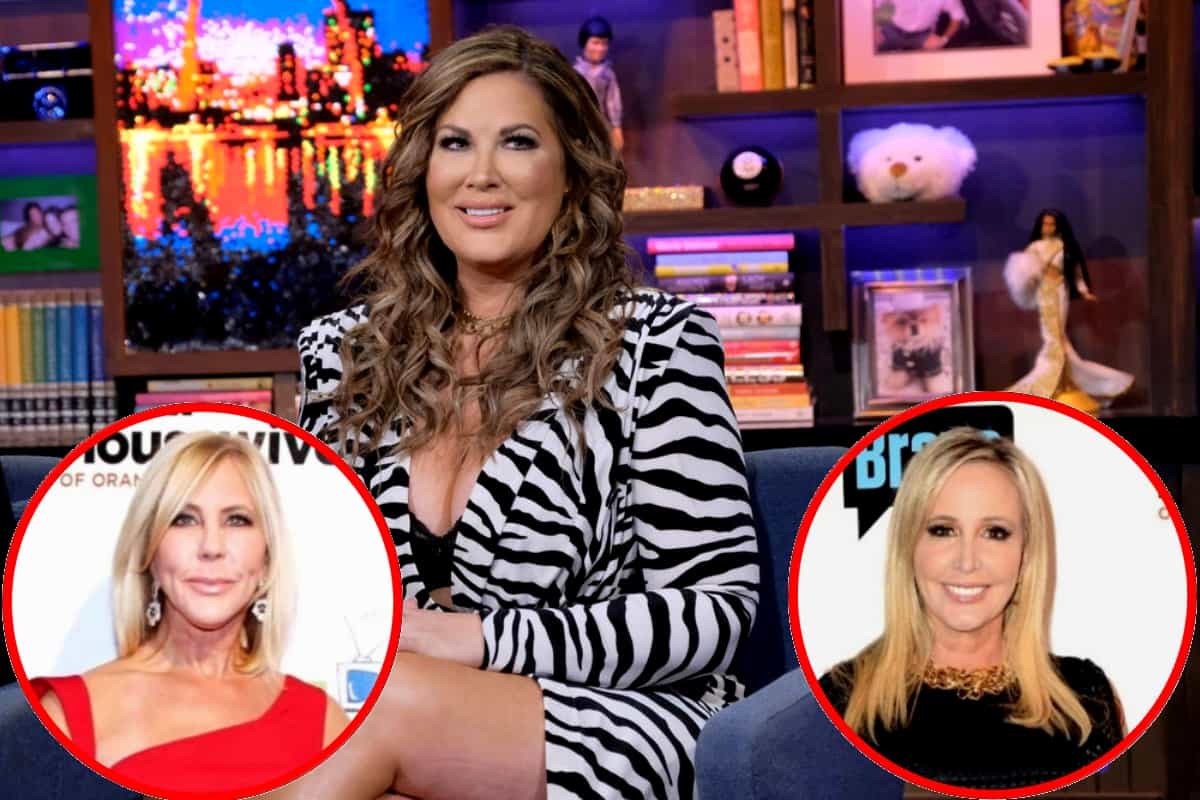 Emily Simpson believes it’s time for Vicki Gunvalson to part ways with her role on The Real Housewives of Orange County.

While attending the “Housewife2Housewife” panel at BravoCon on November 16, Emily was asked about which cast members should stay and which should go. Then, during a later appearance in New York City, she took aim at co-star Shannon Beador, who she accused of being in a “bad mood” at the fan convention.

“Even though [Gina Kirschenheiter] and I had our ups and downs this season, we’re still super tight, so I talk to her. And [Kelly Dodd] and I are super tight,” Emily said of which RHOC stars should remain on the show for season 15.

“As far as removing someone…,” she continued, “you guys are gonna get me in trouble. You know, I love [Vicki] and I think she’s great TV, but I also think, I don’t know, maybe it’s time for her to…”

If Vicki does leave the show, which she said she would do if she isn’t upgraded to a full-time position, Emily would love to see Alexis Bellino brought back to the show as her replacement.

“I think [Alexis] would be great,” she explained.

As fans saw last month, Alexis returned to RHOC in a cameo role alongside Emily to discuss her split from husband Jim Bellino.

“I’ve known Alexis for a couple of years. We actually kind of live in the same area, and she is friends with some of my friends, so I’ve always run into her and talked to her at mutual birthday parties for kids and things like that. We meet for coffee and just kind of chit chat,” Emily told The Daily Dish weeks ago.

Days after attending BravoCon, Emily appeared on Watch What Happens Live, where she was asked about the clear tension between herself and her co-stars at the weekend event.

“I think Shannon [has the most negative energy],” Emily told host Andy Cohen. “I think she went in in a bad mood and wanted to argue. And I didn’t want it to be like that because people paid money to be there and see us.”

“I wanted it to be more fun,” she added.