Home Real Housewives of Orange County News RHOC’s Alexis Bellino Accuses Tamra Judge of Selling Her Soul for a Paycheck, Talks Falling Out With Vicki Gunvalson, Plus She Shares Real Story About Being Asked to Return

RHOC’s Alexis Bellino Accuses Tamra Judge of Selling Her Soul for a Paycheck, Talks Falling Out With Vicki Gunvalson, Plus She Shares Real Story About Being Asked to Return 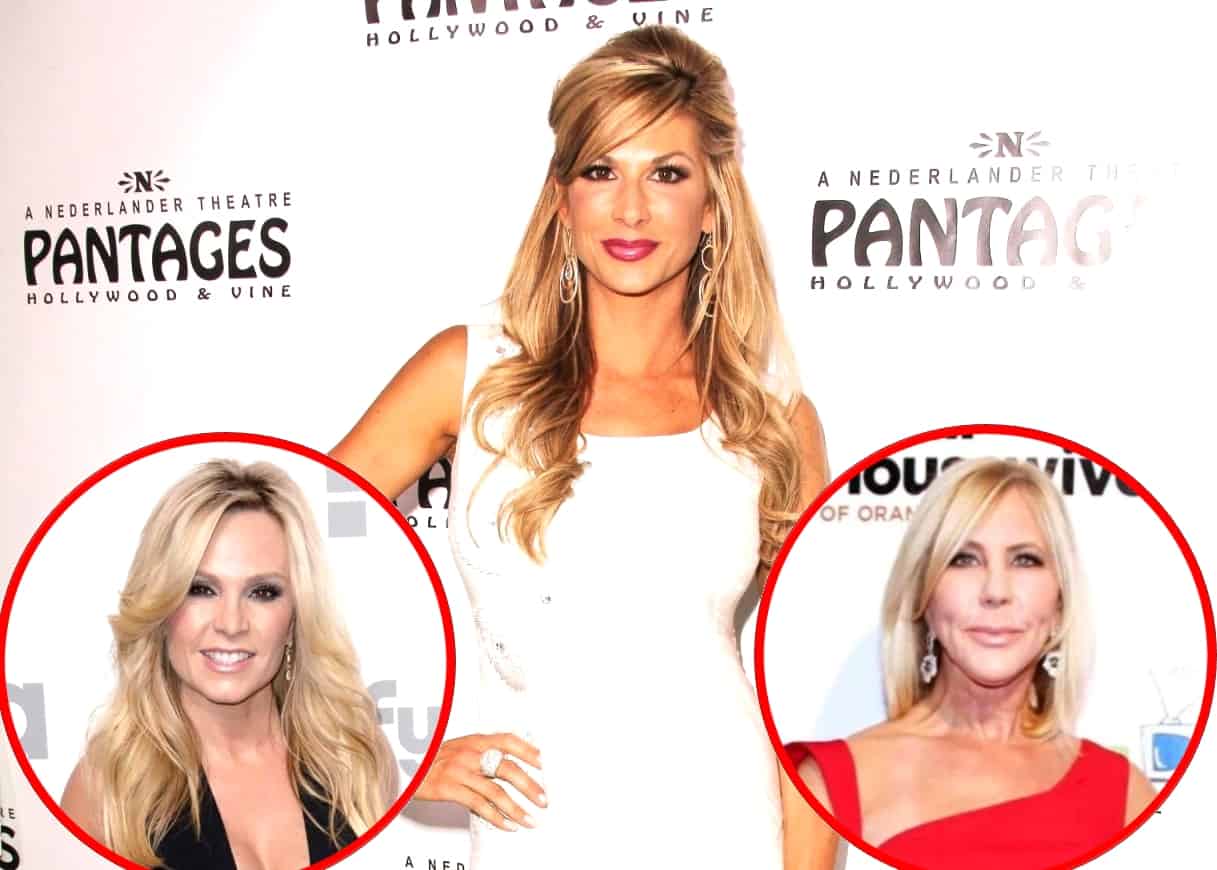 Alexis Bellino is calling out Tamra Judge and discussing her falling out with Vicki Gunvalson.

During a new interview, after explaining why she cut ties with the OG of The Real Housewives of Orange County after years of friendship, Alexis took aim at Tamra, who she accused of selling her soul for a paycheck. Then, she revealed the real story about how she was asked to return to the series.

“I used to be friends with Vicki until she became shady mady, and so now I’m not friends with her either anymore,” Alexis told TooFab on November 13. “I’ve cut it off. She doesn’t even know it, but she told another Housewife she can’t be friends with me because of Tamra, and I’m like, ‘Ha! B***h, okay! Well, guess what? I’m not your friend! You just lost a friend! It’s not your choice anymore. You’re out. Go be Team Tamra.'”

According to Alexis, she believes Tamra is “two-faced” and doesn’t know why it took the RHOC cast so long to figure that out.

“This is not new! This has been knowledge for the entire time since day one that Tamra got on the show,” she stated. “They’re a little slow. Sorry. Love you, [Kelly Dodd] and [Emily Simpson], but you’re a little bit slow. This has been happening for a lot of years.”

Although Tamra claimed to have gotten saved years ago on RHOC, Alexis believes it was all for show.

“[Tamra] sells her soul every day to make a paycheck,” she explained. “I know she needs to make a dollar, but so do I and so does everyone else in this country. I think that if you consistently do things that are damaging and hurtful and just below the belt and evil, it’s gonna catch up to you. If you do it once in a while, one slip up, and you say, ‘God, I’m so sorry,’ okay. But when it’s been a consecutive, consistent, 13-year career path, God’s not gonna just turn His eye away from that.”

While promoting her role on the current season of Marriage Boot Camp: Reality Stars, Alexis said on a number of occasions that she was asked to return to RHOC. However, according to a source close to production, she was only invited back in a cameo role, not in a part-time or full-time position.

In response to the source’s denial about Alexis’ claim, Alexis insisted that the head RHOC producer, Douglas Ross, called her and asked, “Would you consider coming back?”

“We had a long conversation, I filled him in on my whole divorce, I told him everything that was happening in my life, and I just said, ‘No, I think I’m in a really zen place, and I don’t want to go back,'” she recalled.

Days later, Alexis received a call from Andy Cohen, who asked, “Why are you doing all these other shows and you won’t do ‘Housewives’ again?”

After explaining why she wasn’t open to returning to RHOC, Alexis received a number of other calls from Douglas and Andy, one of which featured one of the producers asking her about a friend role.

Alexis declined at the time but then called the person back and said, “I’ll go back on and just tell America, like, fill everybody in on my life right now. But I will not film with Tamra.”

Following the phone call, Alexis was brought back in a cameo role, and she loved her brief role on season 14. “I’ll do that again next year,” she said.