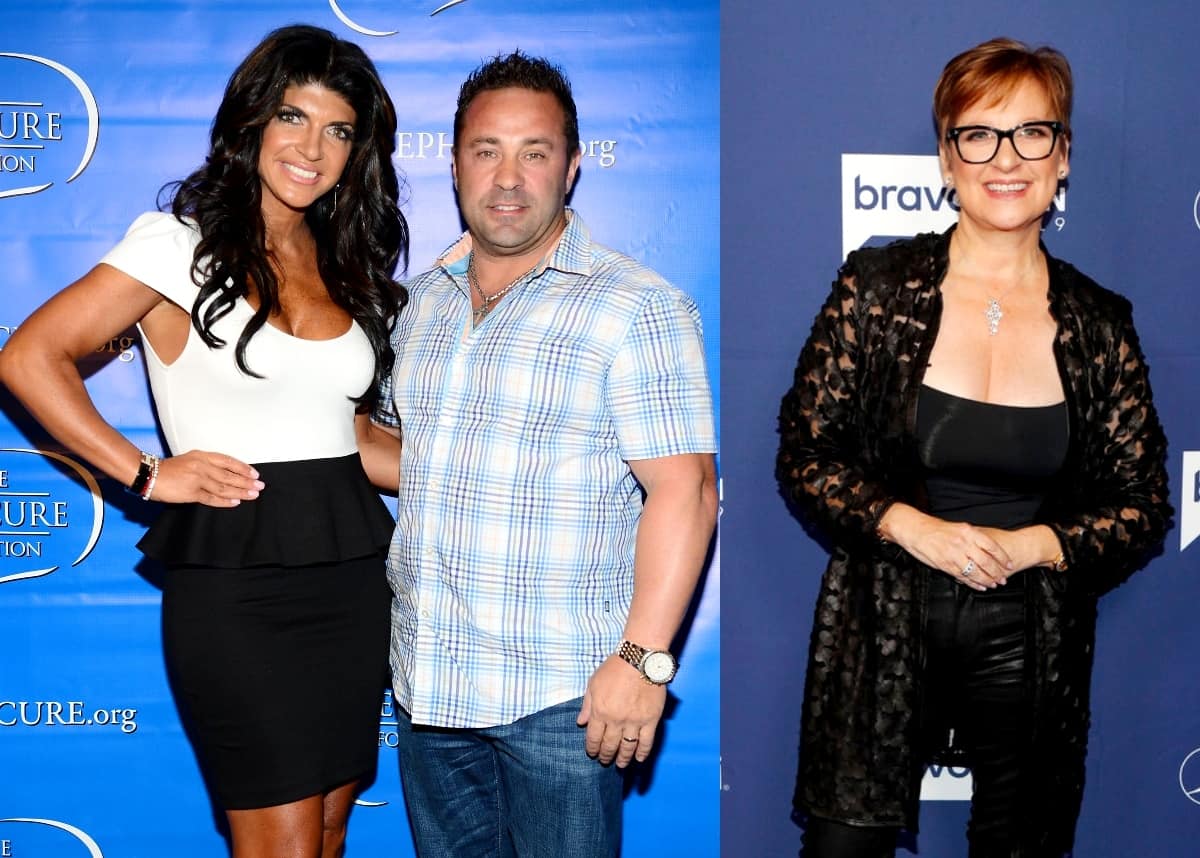 While it’s already been just over a month since the announcement of their split, Joe has continued to use social media as a way to express his love for his estranged wife. And even though he lives over 4,000 miles away in Italy, he didn’t miss watching Teresa and her ex-castmate Caroline in their ad for Sabra hummus that aired during the Super Bowl on Sunday, February 2.

All the best dinners start with @Sabra and end with a table flip, right @teresagiudice? 😂 This is #HowImmus, how do YOU ‘mmus? #SuperBowlLIV #SabraPartner

“Congratulations beautiful 🔥 ! @teresagiudice 😍☝️👍” Joe wrote in an Instagram post alongside a flattering picture of his estranged wife on Monday.

News of the unlikely pair starring in the hummus commercial made headlines since both Teresa and Caroline feuded heavily on the show. And just last October, Teresa accused her former costar of possibly being the one who ratted out her husband Joe to the feds, which Caroline went on to deny.

But even with Teresa and Caroline’s tumultuous past, Joe took a moment to congratulate Caroline for her part in the Sabra commercial.

“I’m So Proud Of You both @teresagiudice And @carolinemanzo and everyone!” Joe wrote Monday morning on Instagram along with screenshots from the ad. “The commercial had me doing the dip! I’m going out to find myself some hummus for my 🥕🥦🌶🥨. #sabra #superbowl was off the charts!!! “ 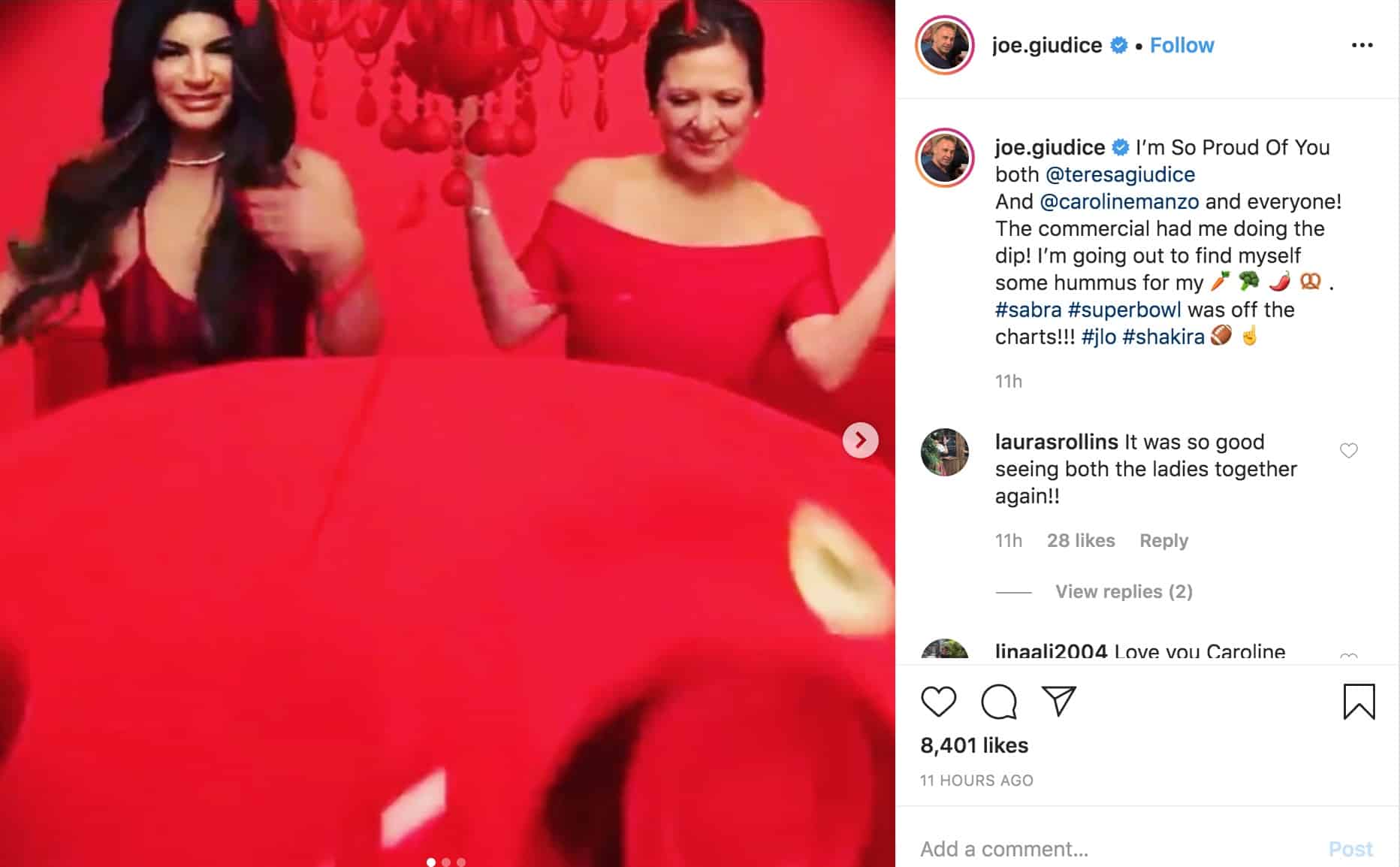 Joe’s posts come just a week after pictures of him vacationing in Mexico were leaked, showing him partying it up with multiple women.